That would make it not only the fastest American car round the 'Ring, but one of the fastest ever, period. 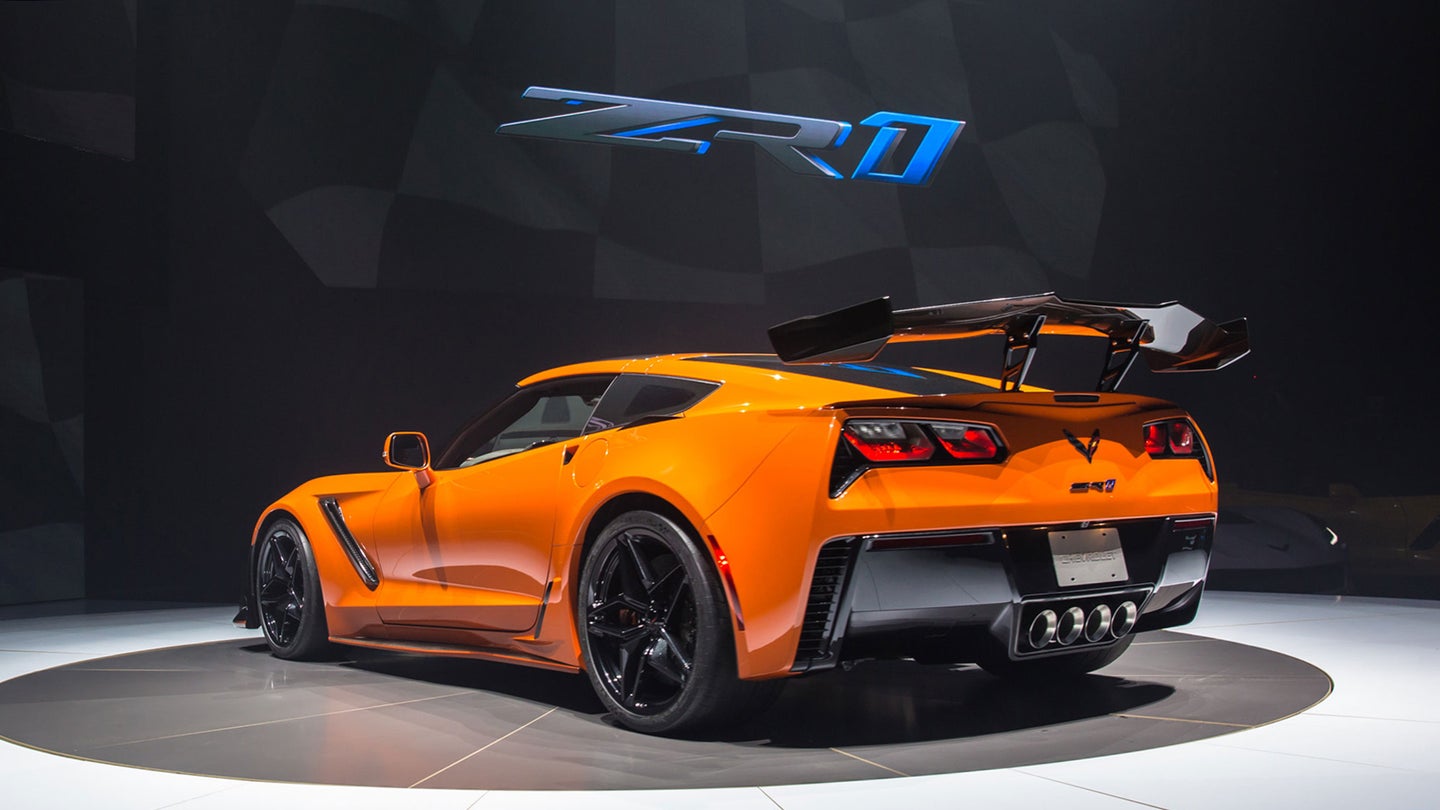 After teasing us all year, General Motors finally pulled the wraps off the upcoming 2019 Chevrolet Corvette ZR1 earlier this week. Since its debut in 1970 on the C3, the ZR1 badge has always been affixed to the closest thing to a race-ready 'Vette that the automaker sells. And according to a new report, Chevrolet's got big plans for this latest incarnation—a supercar-slaying, sub-seven-minute time on the Nurburgring Nordschleife.

Corvette Chief Engineer Tadge Juechter sat down with Road & Track after the ZR1's unveiling and let it be known that the company intends to make a run at the record books sometime in the spring, with the seven-minute barrier being the ultimate goal. Such a speedy flying lap would not only make the new Corvette ZR1 the fastest American car ever on the 'Ring, but also faster than the Nissan GT-R Nismo, the Mercedes-Benz AMG GT R, the Porsche 911 GT3, and the Lamborghini Aventador Superveloce.

And that's all while costing far less, as Juechter previously promised the 2019 ZR1 wouldn't double the $56,000 base price of a Corvette Stingray, according to Motor Trend. The car will be powered by a supercharged LT5 V8 engine putting out 755 horsepower and 715 pound-feet of torque, and surely helped along in its quest by the ridiculous 950 pounds of downforce generated by the redesigned front splitter and massive rear wing. Throw in an eight-speed automatic transmission (or throw it out and stick with the seven-speed manual), and the new Corvette ZR1 will be able to top 210 mph.

The car was developed in part on the Nurburgring, but as Juechter told Road & Track, Chevrolet opted to use its one hot lap slot this year—notoriously tricky to procure, considering it involves closing off the road to everyone else—on the 2018 Camaro ZL1 1LE, which posted a 7:16.04 in June. Back in 2011, the last-gen C6 Corvette ZR1 laid down a 7:19.63 lap, and it looks like both those numbers will be swept away by the latest monster 'Vette.

But there's probably another number on the automaker's mind: 7:01.30, a lap time achieved by a privateer team using a final-run Dodge Viper ACR in August and the current record for the fastest American car round the 'Ring. We'll see what happens when Chevy makes its run at greatness next spring.