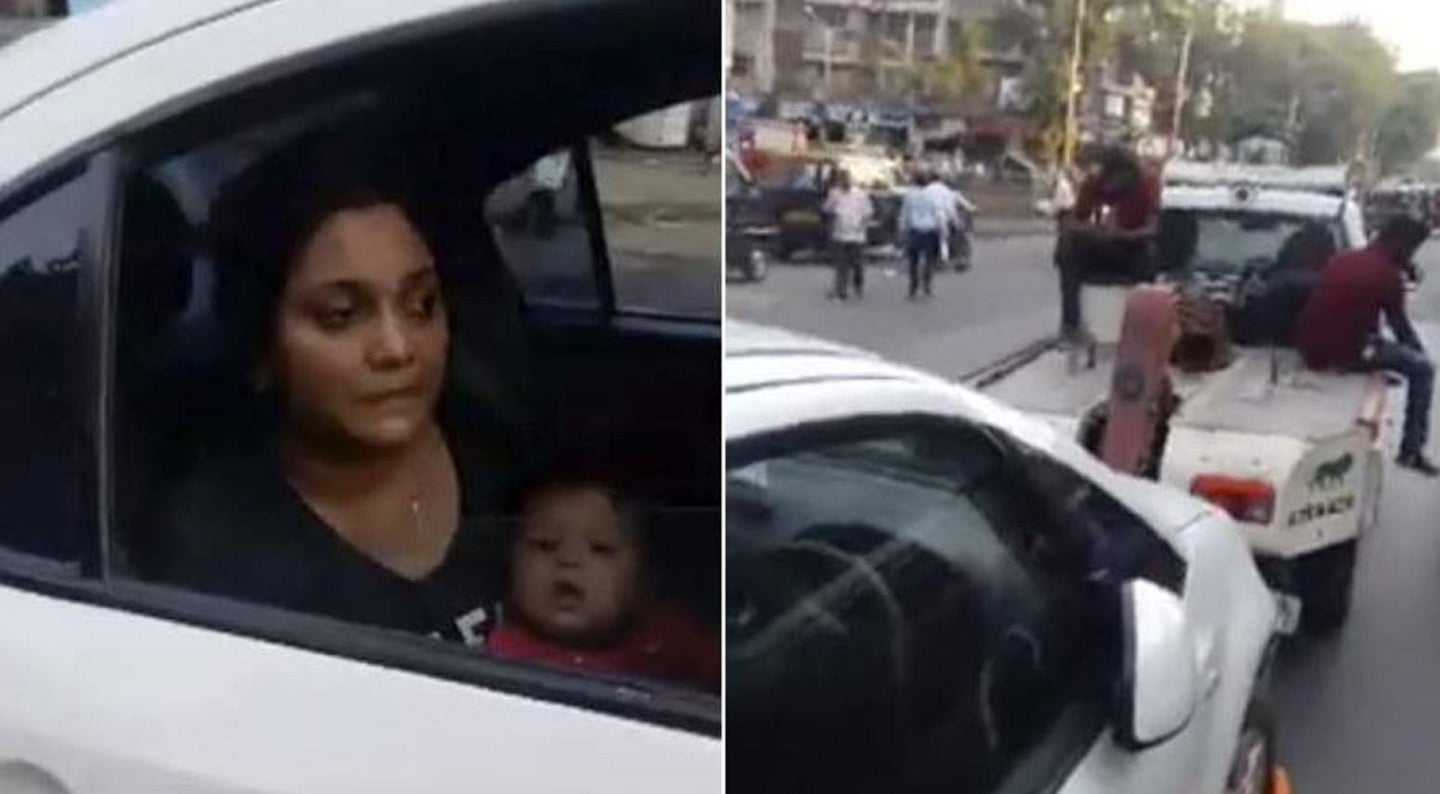 Getting towed stinks! Tow truck drivers are reckless with your pride and joy, the impound lots are a nightmare, and the fees are staggering. There’s nothing quite like that initial terror you feel when you get to where your car should be and it’s gone. For one woman in India, getting towed was the ride of her life.

Friday evening on a busy road in a northwestern suburb of Mumbai, India, a woman was sitting in the back seat of her car breastfeeding her 7-month-old baby. A tow truck rolled up, picked up her car with her and the baby inside, and started towing them away.

A cop pulled up alongside the woman while the truck was getting hooked up. Despite the woman’s pleas for the cop to interrupt the towing, the cop allowed the tow truck to continue, potentially endangering both the woman and her small child.

The best part of the story is it was all caught on camera. After seeing the video, Joint Commissioner of Police Amitesh Kumar said the cop, identified as Shashank Rane, was suspended pending an investigation. Speaking on the decision, Mr. Kumar said, “Prime facie, it has been noticed that the safety of woman and child was endangered in the said incident. Hence, pending inquiry, the constable has been placed under suspension. Decision about departmental action shall be taken after the inquiry report is received.”

The woman can be heard on video pleading with the officer. She also offered up her defense by saying that there were two other vehicles parked in the same location and neither of those was being towed. Yelling from the car you can hear her say, “They ignored the two other vehicles, but towed away a car in which a woman with an infant was sitting. They don't have guts to take action against the other vehicles here.” You can also see the cop ignoring the woman while continuing to talk on his cell phone.

The next time you get a parking ticket just remember, it could be a lot worse. You could be getting towed while breastfeeding.