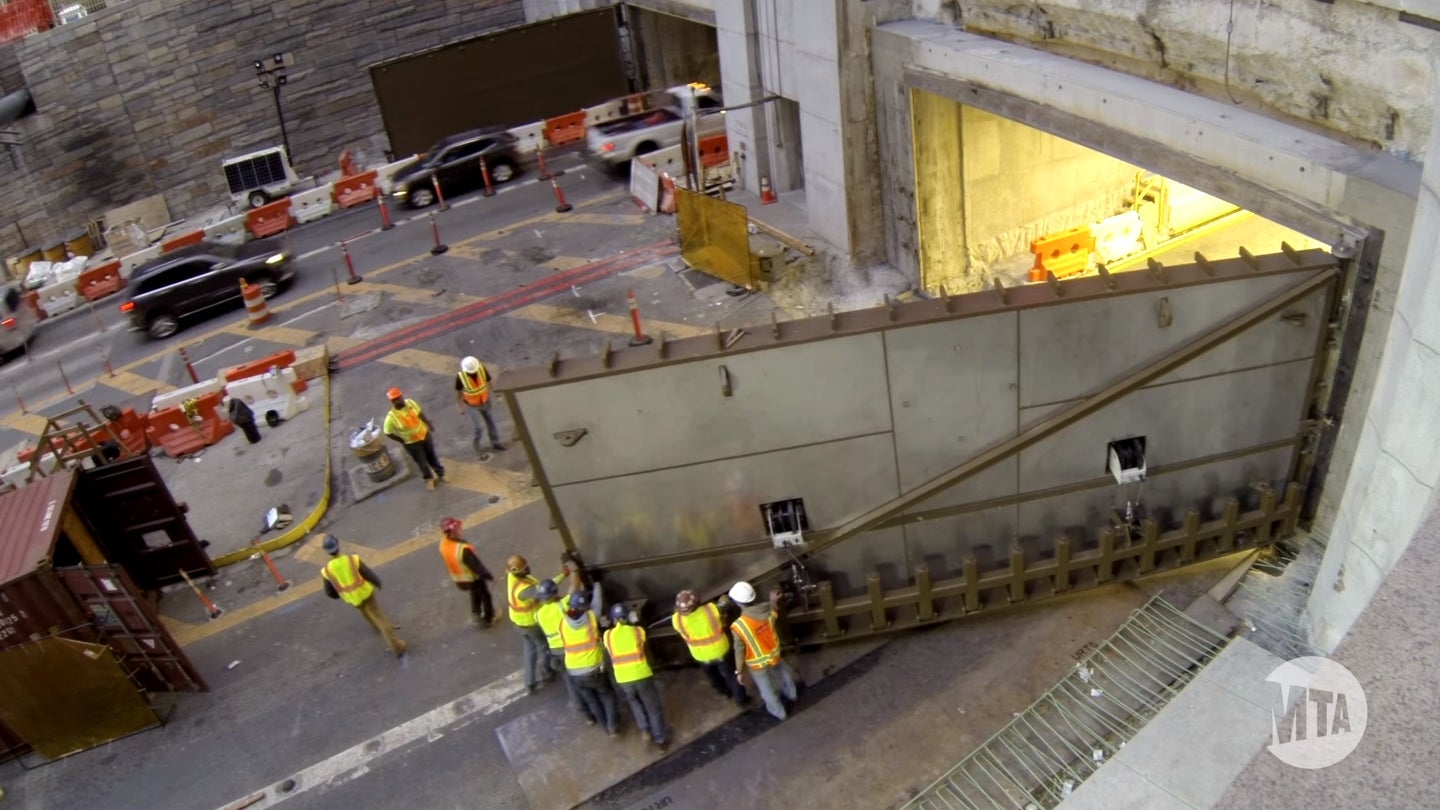 We've just passed the fifth anniversary of Superstorm Sandy, which inflicted over $70 billion in damage when it slammed into the northeastern U.S. in 2012. Among its victims was New York City's extensive network of car and subway tunnels, many of which were completely flooded with corrosive salt water that took days to drain. It was weeks before functionality was restored, and five years later, the city is still repairing the damage. So officials have decided to get proactive and prepare for the next storm—hence the apocalyptic-looking zombie floodgate.

According to ABC 7 News, the city's Metropolitan Transit Authority has completed the installation of four 25-ton floodgates, one for each opening of two major car tunnels that connect the island of Manhattan to the boroughs of Queens and Brooklyn. Both the Queens Midtown tunnel and the Hugh Carey Tunnel were totally filled with storm surge, and preventing a repeat of that when the next superstorm inevitably hits was a high priority. That's why the gigantic doors are designed to withstand a surge four feet higher than Sandy's.

Workers will be able close the floodgates with just thirty minutes notice. The MTA is now halfway through a $64 million project to install the doors on all the tunnels leading out of Manhattan, with the Lincoln Tunnel and the Holland Tunnel to New Jersey up next. The only problem we see is that it makes it just a little easier for a supervillian to seal off the city. But it's a small price to pay for peace of mind from floodwaters. And zombies.

That's not all the floodproofing the MTA has been doing—the video also shows marine doors installed in hallways in subway stations that flooded during Sandy, a heavy-duty, waterproof, retractable cover for street-level stairwell openings, and some interesting stackable metal "logs" to board up topside elevator entrances.