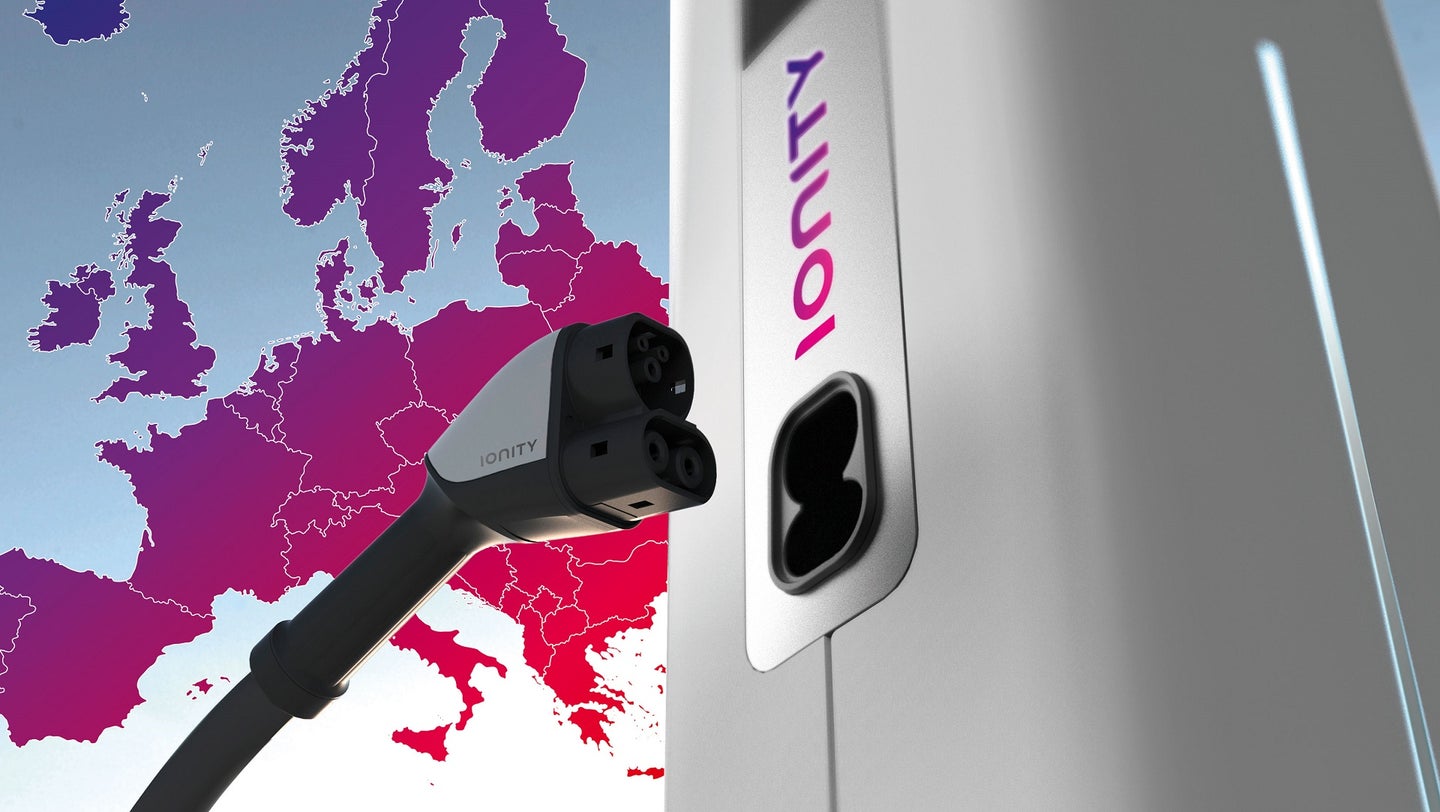 One of the major hurdles electric cars need to get over before coming mainstream is charging on the go. As great as it is to buzz along the interstate in Ludicrous mode in a Model S or driving Uber in a Nissan Leaf, you still need a more practical way to charge on the go. Stateside Tesla has been working on growing its Supercharger Network ahead of the release of the Model 3 due out sometime before nuclear winter. Over in Europe, a few major car brands are combining their powers Captain Planet style to create a huge combined charging system.

BMW Group, Daimler AG, Ford, and the Volkswagen Group with Audi and Porsche announced a joint venture to develop and install a High-Power Charging (HPC) network for electric cars in Europe. The network is called IONITY and will span across Europe with the hopes of 400 HPC stations by 2020.

The project is kicking off right away with 20 stations to be opened this year on major roads throughout Germany, Norway and Austria. The stations are planned to be about 120km or 75 miles apart. This number is set to swell to 100 by the end of next year.

The stations are built through partnerships with existing gas stations companies like
Tank & Rast, OMV and Circle K. IONITY will use the European standard Combined Charging System to reduce the charging times and will have a capacity of up to 350Kw per charging point.

As car companies continue to make large investments in electric car development, expect to see parallel infrastructure projects continuing on for the foreseeable future. Pretty soon “Fill it up!” will have a shocking new meaning.