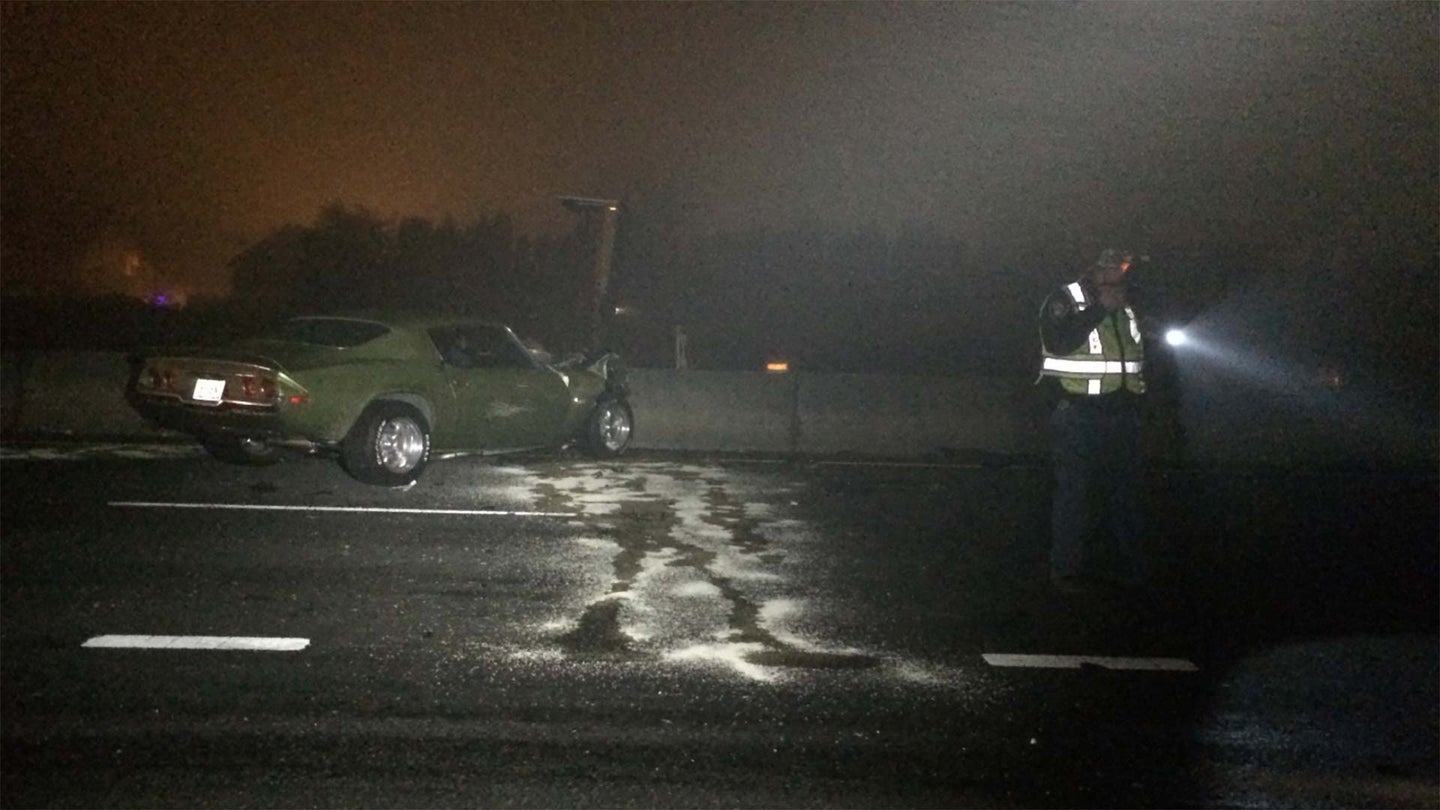 Love can be full of surprises, but smashing both your cars into each other in a possible love-fueled argument is particularly unexpected. According to police in Springfield, Oregon, a couple smashed their respective cars into one another while traveling westbound on on Highway 126 at approximately 10:15 p.m. on Thursday night, according to KVAL 13.

41-year-old Gevevieve Daley and 45-year-old William Grace crashed into one another when Daley lost control of her 2003 Pontiac Grand Am. If you look at the image above closely, you can see that that Grace was driving a 1973 Chevrolet Camaro when the incident occurred.

According to police, Daley lost control of her Grand Am, crashed into the median and spun around. During her crash, she was struck by Grace, and both vehicles sustained heavy damage. Fortunately, neither party was seriously injured, but they were still transported to Riverbend Hospital.

Initially, both parties told police they were arguing prior to the crash, but they later retracted their statements. No evidence shows an argument or act of aggression took place prior to the incident, but this sure seems to be one hell of a coincidence. Both parties have been charged with DUI and reckless driving.