A sudden gust of wind blew a cover off a pre-production model at Fiat-Chrysler’s Michigan headquarters. 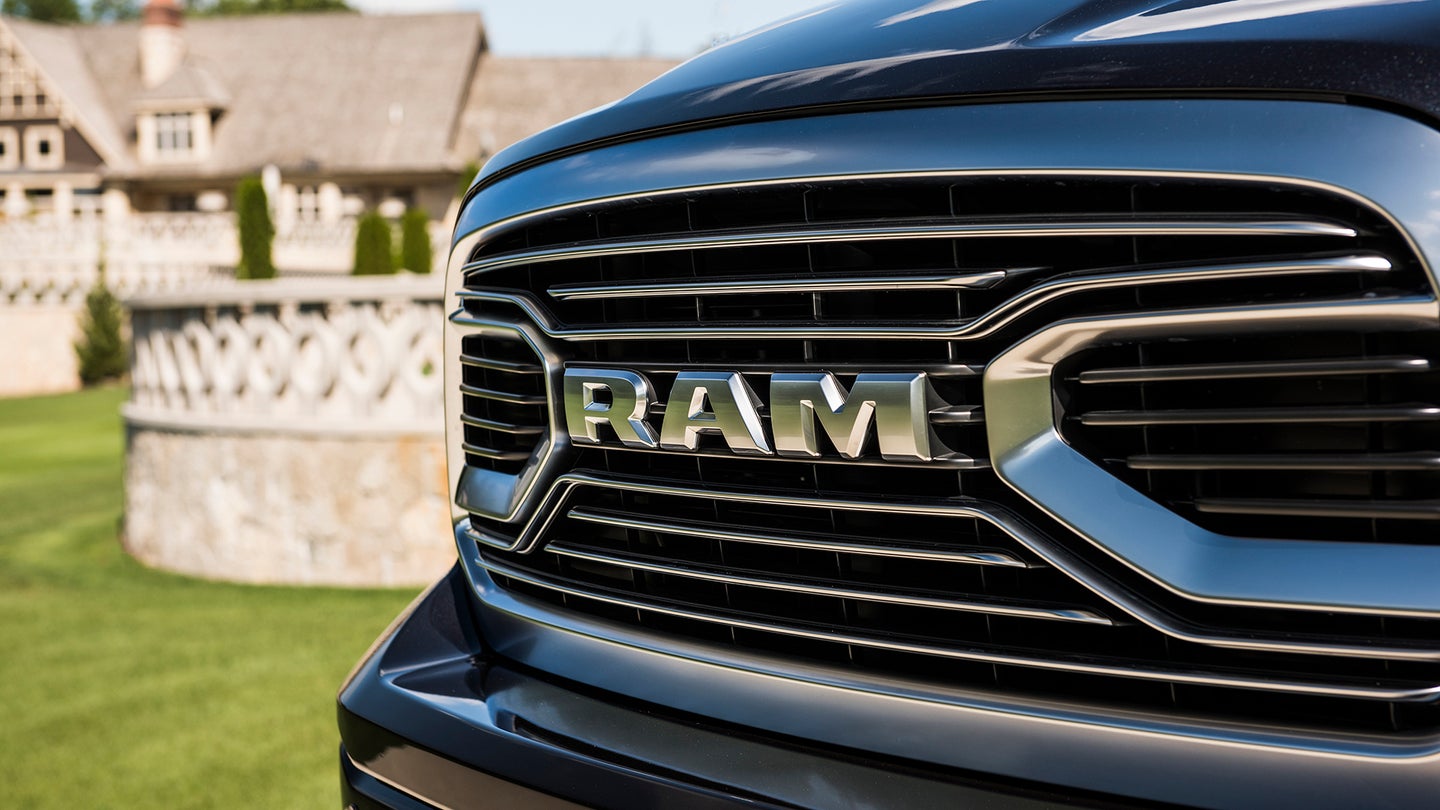 Ever since Fiat-Chrysler spun it off from Dodge in 2009, Ram Trucks has held onto a few vestigial traces of its Mopar heritage. There's the low-mounted, big rig-inspired headlight treatment, the familiar crosshair grille design, and of course, the ram's head logo itself. But thanks to a well-timed gust of wind, we now know there are big changes in store for the next generation of Ram pickups ahead of their planned 2019 debut.

A spy photographer camped outside Fiat-Chrysler's headquarters in Auburn, Michigan over the weekend managed to snap a few pictures of the next-gen Ram 1500 pickup when a fortuitous wind gust blew the cover off a pre-production model. The redesigned fascia is immediately noticeable; the crosshair grille has been replaced with horizontal slats, and it's not clear if the strip of camo is covering a chrome bar, the Ram logo, or both. But the snout-nosed update that's raised some eyebrows recently seems to be gone as well.

As for the headlights, the sleeker look features headlights that have been raised to be more even with the top of the grille. A hint of the old fender design has been maintained with some strategically-placed creases and folds in the hood, but it's a pretty radical departure from the old setup. The headlights also feature the same swoop of LEDs under the main projector that's found on other FCA products. It's not homely by any means, but it's also not nearly as distinctive as the current crop of Ram trucks. Honestly, it looks pretty similar to the GMC Sierra.

The rest of the truck is pretty familiar territory, though that shouldn't surprise anyone given astonishing rate at which we continue to buy pickups. The sides are plain and unadorned; same goes for the tailgate, but it's also peppered with mounting holes for various badges and logos. The 1500 appears to be equipped with the 5.7-liter Hemi V8 that's currently on tap, and given that this will be the truck's first major update in over a decade, there are bound to be some mechanical changes in store as well.

Overall, while we're pouring one out for the old, iconic design, it does make sense for Ram and Fiat-Chrysler to try something new as the pickup truck market continues to explode, especially on the high end side (note the chrome-accented door handles on the new model). Ram Trucks is nipping at Chevrolet's heels in the race for second place behind Ford, and there's no doubt the new Ram 1500 will have a big load to carry once it's officially revealed at the North American International Auto Show in Detroit in January.

The Top 10 Most Expensive Pickup Trucks in the World

The definitive list of the top-selling (and priciest) full-size pickup trucks in America.