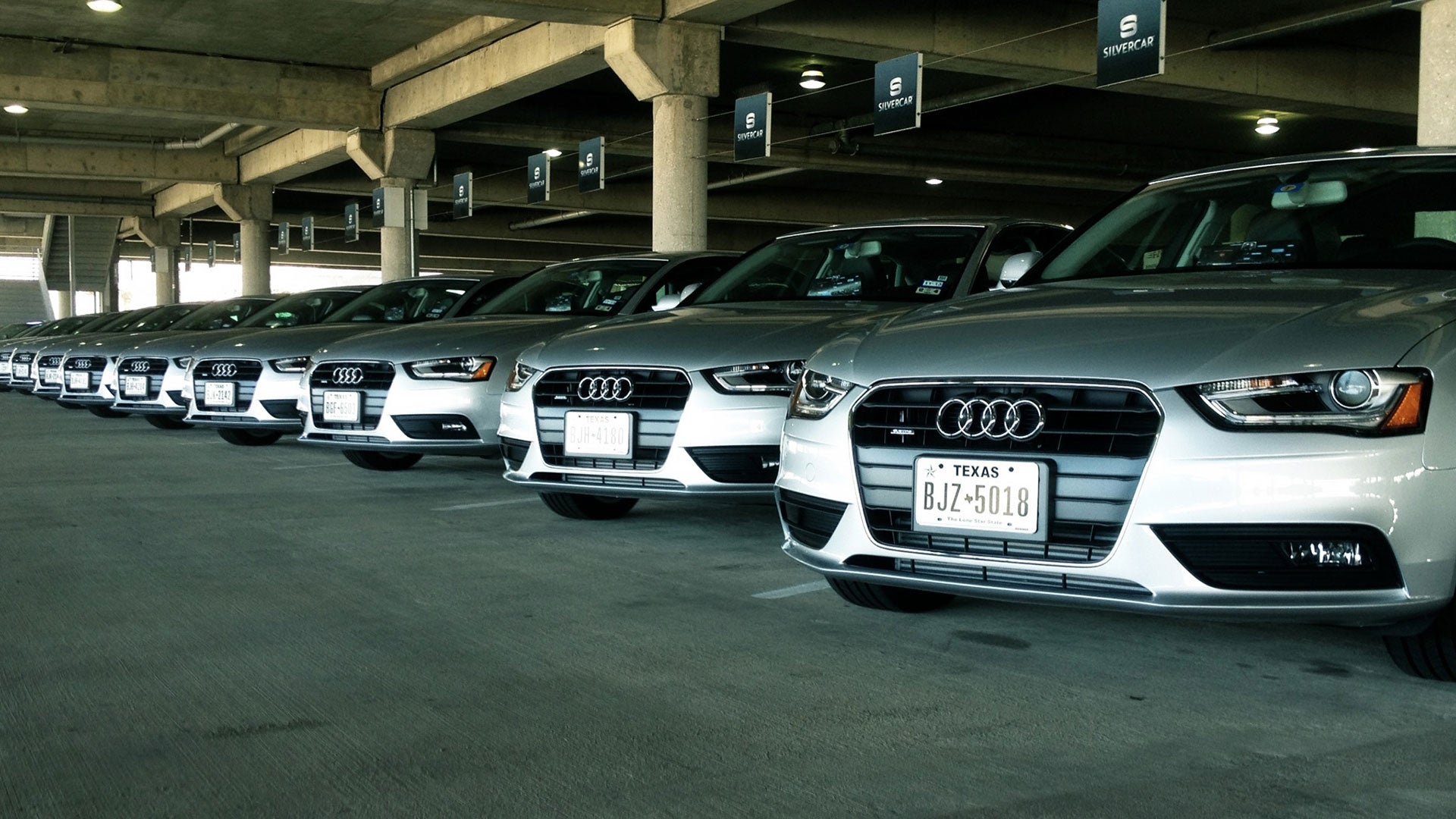 This is a tale of silver and silver joining together to make some gold. Silvercar, the car-sharing startup whose fleet consists wholly of silver Audi A4 sedans, is now very officially tied up with Audi, which led a $28 million investment round announced on Jan. 4. In a 21st-century reboot of that old Reese’s Peanut Butter Cups campaign, Audi and Silvercar’s cavemen came together around the venture-capital campfire, realized their flavors were complimentary, and sealed the deal with a multimillion-dollar grunt. As part of the link-up, Audi of America CEO Scott Keogh joins the Silvercar board. The extra jingle in Silvercar’s coffers will allow it to expand its novel take on airport car rental to other travel hubs around the U.S.

“Silvercar represents not just the future of the car rental industry, but a vision for the future of mobility,” Keogh said in a release. “We want to utilize the company’s strengths in technology and innovation to merge connectivity and mobility for today’s consumer.”

The Silvercar model is quite simple, and it’s something NetJets and other premium services have used to (wait for it) disrupt old models of commerce: Standardize a luxury travel experience, bypass the baleful talk-to-humans part of the transaction and send people on their merry, high-net-worth way. TechCrunch reports that the Audi link-up will also allow the company to expand its model to include (presumably massive) corporate campuses.

Audi seems to have picked a good horse. Silvercar, which is based in Austin, Texas, reports that its business tripled in 2014 and again in 2015. With $60 million raised since launch, the service is hardly a unicorn with no viable business model.

To The Drive’s chagrin, nothing in the tea leaves indicates that Silvercar will expand its fleet to include R8s.