Spy shots reveal what could be Aston Martin's intermediate step between the DB11 and (eventual) Vanquish.

The O.G. version of the Aston Martin DBS was a grand tourer built between 1967 and 1972. It utilized a 4.0-liter straight six, which made horsepower and torque figures in the upper 200s. Then in 2008, Aston Martin resuscitated the name for the DB9-based DBS powered by the brand's signature 5.9-liter V-12, which made just over 500 horsepower. That DBS was described by Jeremy Clarkson in 2007 as "the best car I've driven all year, and by a huge margin." The DBS was retired after 2012, and was succeeded by the more hardcore Vanquish until DB9 production ceased in 2016.

So if Aston Martin is working on a new DBS—as these spy shots obtained by a Reddit user seem to potentially indicate—then it has some high expectations to meet.

The shots, seen below, seem to depict a heavily camouflaged Aston Martin DB11...but with a few distinct visual differences. 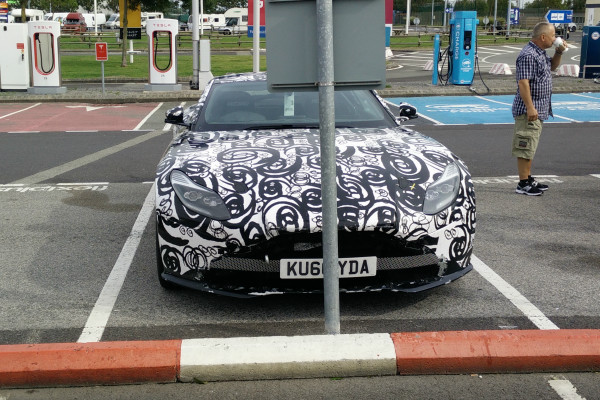 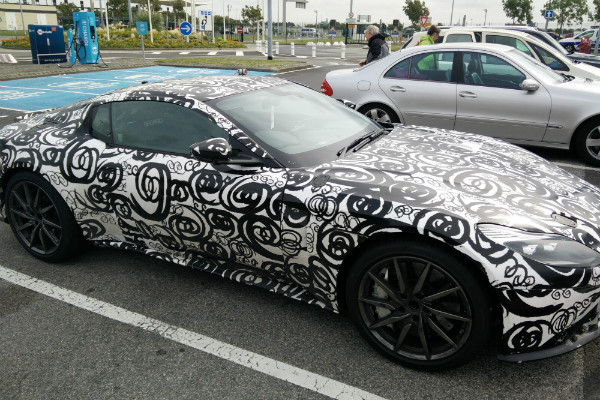 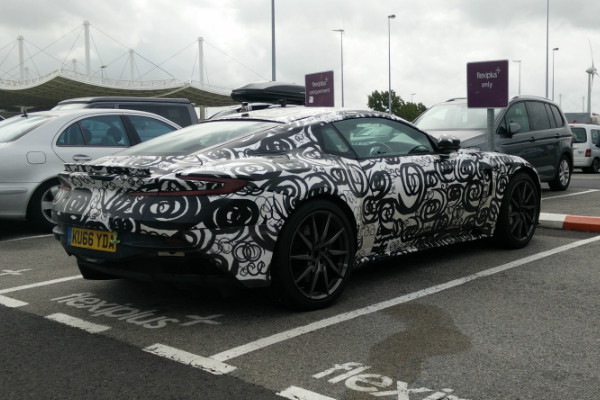 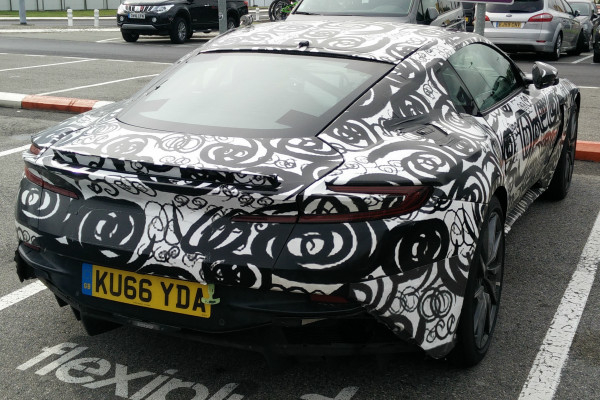 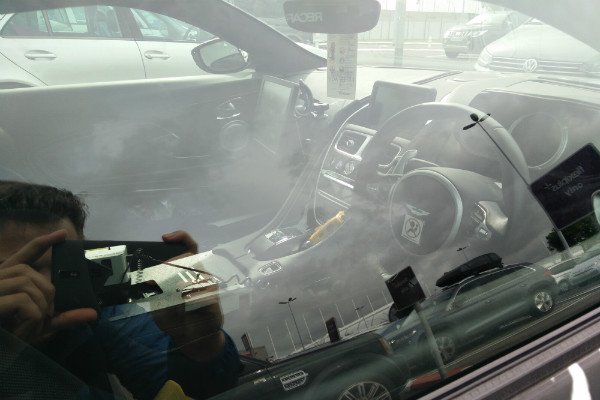 In the first picture, close examination reveals what appears to be a set of hood pins for what is likely a carbon fiber hood, and possibly a wider grille, for additional cooling capabilities. The second picture depicts wheels found on the base DB11, but some interior features can be discerned as well; note the Recaro seats and a roll cage-like structure behind the seat. The third photo shows a ducktail spoiler that either rises from the trunk or is a fixed-piece unit, as well as a better-developed rear diffuser. The fourth photo better displays the differences between the DB11's diffuser and the maybe-DBS's unit, and the fifth photo serves as second confirmation of the Recaro seats. (It also implies that the test mule lacks an airbag.)

This isn't the first time we've caught a glimpse of what could be a new intermediate member of Aston's sports car family. Two possible DBS test mules were spotted by Top Speed back in April; the matte black car seen thereshares few visual similarities with this one, save for the extended ducktail spoiler, but the latter prototype appears to be the exact same car seen here. Some of Top Speed's shots also give a better peek at the crazy rear diffuser.

We can't begin to guess what the final performance figures of the DBS will be, though we can probably expect it to have improved versions of either the existing AMG 4.0-liter V-8 or Aston Martin 5.2-liter V-12 engines. Will it have more boost? More RPM? We don't know. But more power? Almost certainly.