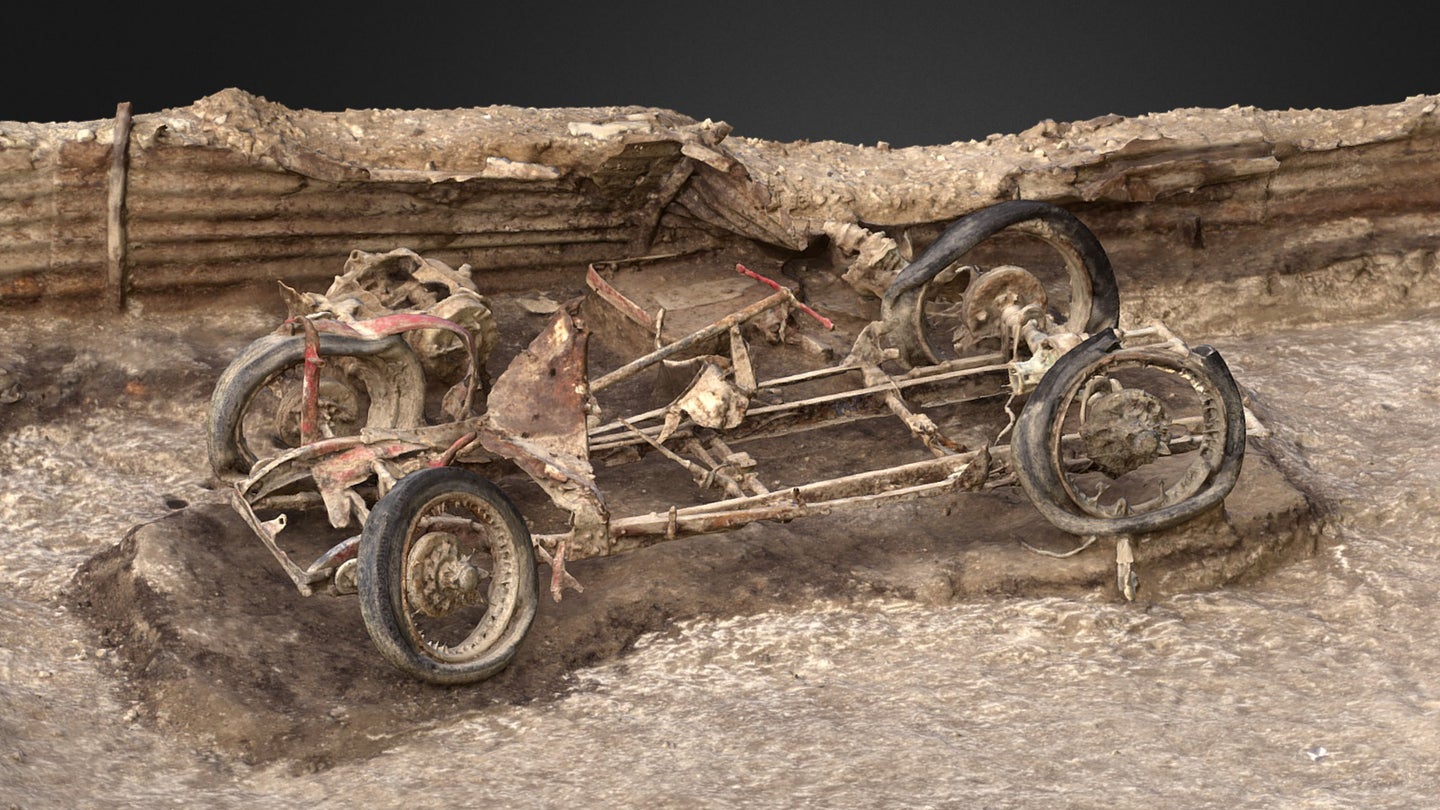 It's a banner month for long-buried European cars—British archaeologists have unearthed the remains of a rare 1932 MG J2 in an old World War II-era artillery encampment in southern England near the prehistoric Stonehenge site, according to the BBC.

In addition to their Neolithic and Bronze Age treasures, the flat plains around Larkhill, England are historically important for acting as a home to the Royal School of Artillery during the Second World War. The site was riddled with practice tunnels, trenches, and positions, many of which ended up collecting a number of interesting artifacts in the years during and after the war.

The British Army is currently in the process of withdrawing all of their troops currently stationed in Germany, and the BBC reports the Larkhill site has been considered for development to help house the influx of soldiers. So a team from Wessex Archaeology has been working there ahead of construction crews to unearth and preserve any finds of special importance—like a 1-of-2,000 classic car, for example.

While a 1932 MG J2 might not seem as historically significant as other wartime detritus, the firm's blog explains workers were intrigued enough that they decided to make a 3-D model of the remains using photogrammetry. It's a surprisingly detailed and immersive look at what's left of the little car, and the process yielded enough clues (including a serial number) to allow archaeologists to puzzle together how it might have ended up in the artillery encampment.

They believe the car ended up underground after spending much of the immediate postwar era ferrying troops around the sprawling Larkhill facility, with several telltale signs of some homebrew hackery including a mismatched engine. The tire pattern indicates that the MG was last on the road sometime in the early 1960s, and they speculate the introduction of the annual MOT vehicle inspection in 1960 doomed this scrappy car to an early grave.