Crime doesn't pay, especially if you're bad at it. 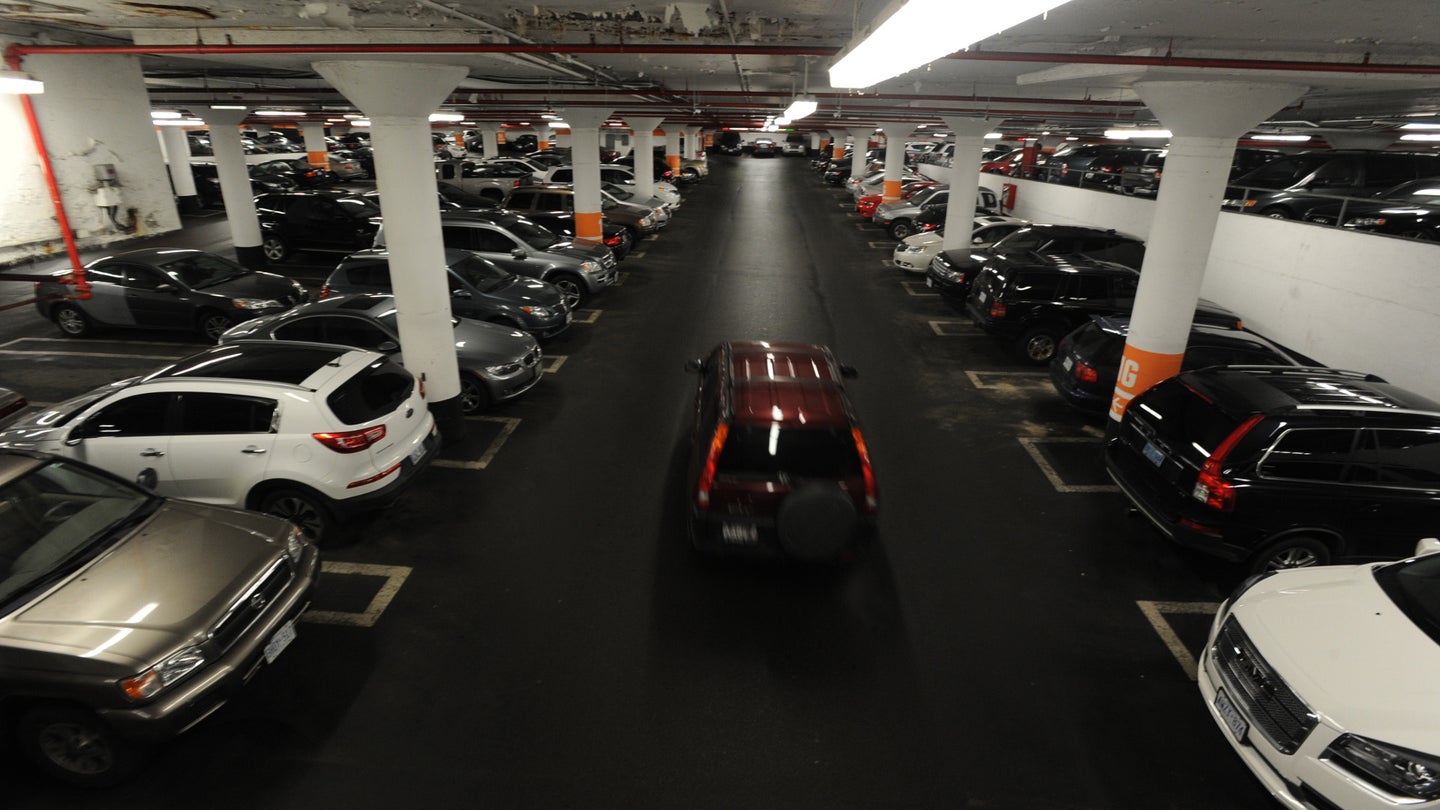 A man attempting to steal a 2016 Mercedes-Benz E350 from an underground parking garage in Maryland on Friday morning had it all figured out. Everything except the correct location of the exit ramp, that is.

David Loring was just starting his day when we walked downstairs to retrieve his car and realized it wasn't where he thought he'd parked it, according to the Washington Post. He decided to walk around the garage in case he was just being absent-minded, and lo and behold he found it—driving in the wrong direction toward a one-way entrance.

"Why is my car going the wrong way?" Loring told the Post he remembers thinking. "And why is this guy behind the wheel?"

Of course, a split second later he realized his car was being stolen. Fortunately though, the thief continued the wrong way up the entry ramp and was stopped by a gate that needed to be triggered by coming in from the street. That's when Loring ran up and confronted the man, shouting "What are you doing in my car?"

The man reportedly put on a less-than-Oscar-winning performance in a bid to talk his way out of it, pretending the Mercedes belonged to his wife and faking a phone call.

"Let me call my wife. This is her car," Loring claimed the thief said as he held a phone to his ear. "Honey..."

When that didn't work, the man simply got out and walked away, leaving Loring to call both the police and his wife to explain why he was going to be delayed.

The Rockville City Police Department confirmed the report to the Washington Post and added that it's pretty unusual to see an attempted car theft in a busy parking garage during morning rush hour. But given that the man was apparently defeated by a one-way ramp and a flimsy plastic gate, he likely wasn't the most organized or prepared thief in the world to begin with.

Loring told the Post that the Mercedes is undamaged, but the thief swiped about seven dollars and two packs of Marlboro Lights from the center console.