Word in Italy is that Stephan Winkelmann is out, and Stefano Domenicali is in. 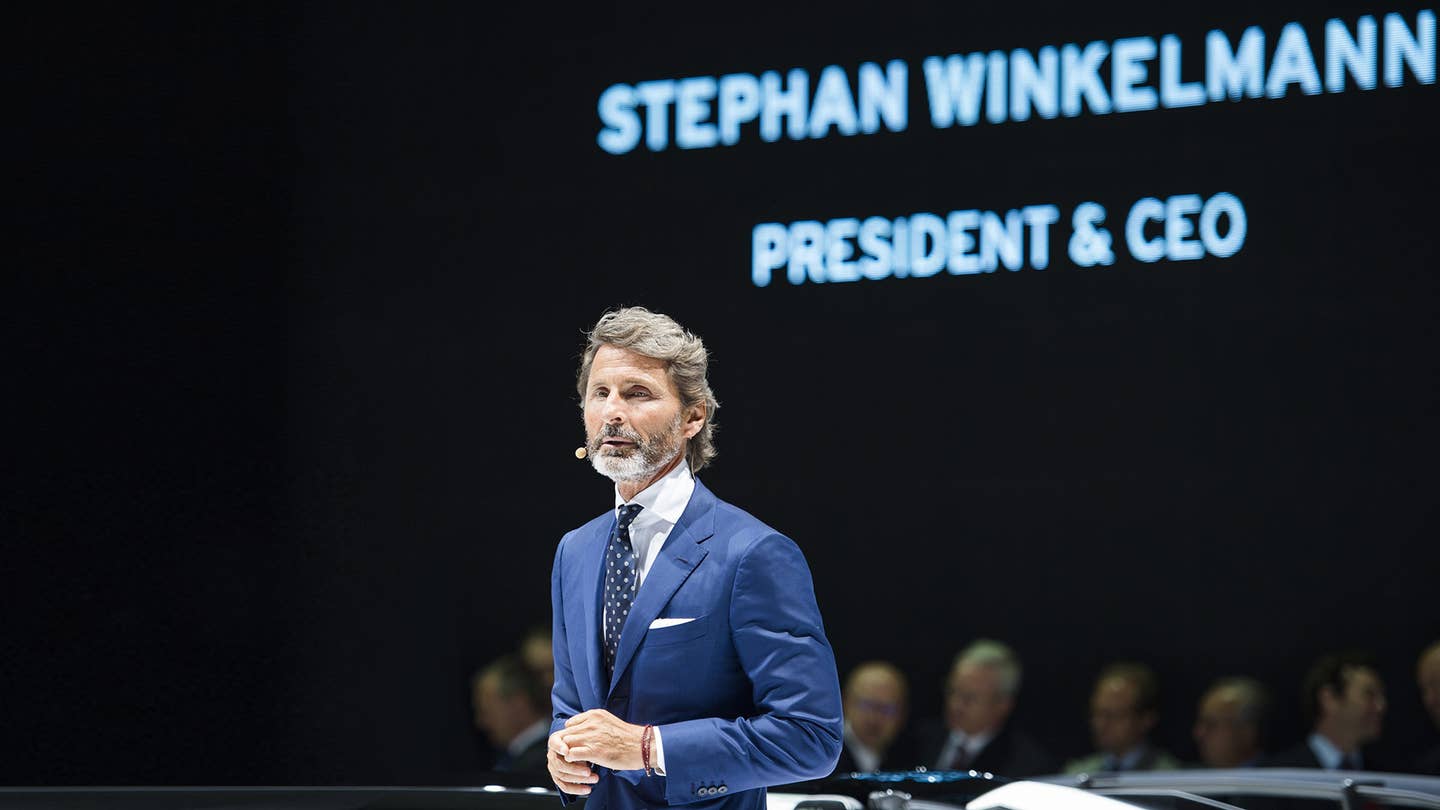 The name Stefano Domenicali might ring a bell. Former team principal at Ferrari Formula 1, hired away by Audi last fall. Initially, we took that as a clue that Volkswagen Group would be launching an F1 team. Doubtful in the wake of recent turmoil, but something else big might be afoot. Italian newspaper Le Gazzetta Dello Sport is reporting Domenicali will soon be named CEO of Lamborghini.

He’d replace current boss Stephan Winkelmann, who’s been at the helm since 2005. It’s been a wildly successful era at Sant’Agata, and the 51-year-old exec has played no small part in helping re-invent Lamborghini, both expanding global market share and establishing financial stability. But bringing in Domenicali doesn’t necessarily mean Winkelmann will be pushed out; if the move goes down, he’ll likely stay within in the Volkswagen Group, taking the reins at Audi's Quattro division to replace Heinz Hollerweger, who’s retiring.

We’ll be keeping tabs on this executive shake-up. And if Domenicali is, in fact, moving over to Sant’Agata, we’ll also looking for more factory-backed racing programs in Lamborghini’s rapidly-expanding motorsport portfolio.