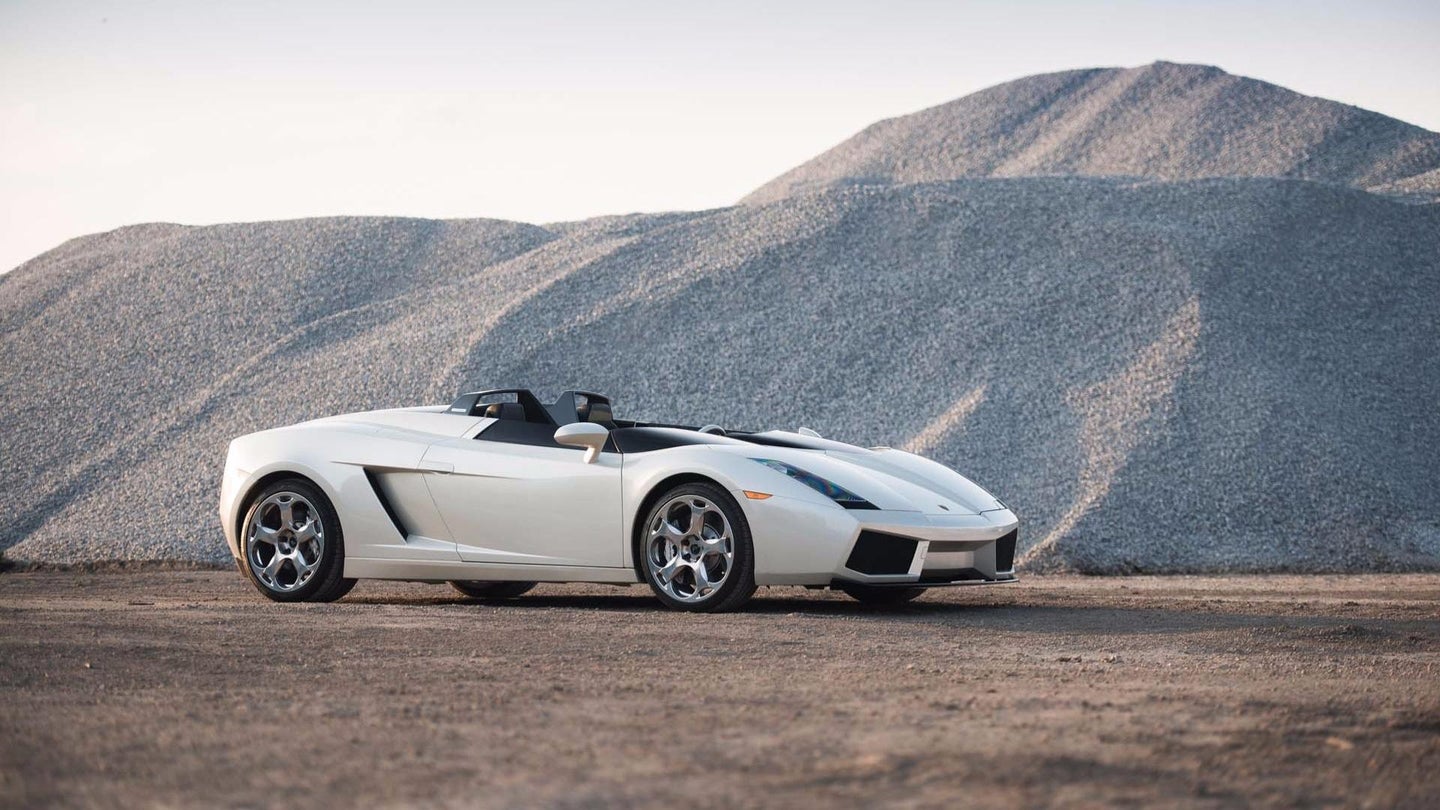 For a long time, Lamborghini was known for making raw, animalistic supercars that legitimately wanted to kill you. Things have gotten a little more civilized—though only slightly less insane—since those halcyon days in the '80s and '90s. That makes this radical 2006 Lamborghini Concept S and its dangerously open cockpit all the more appealing.

Headed to RM Sotheby's Monterey auction as part of next month's annual Pebble Beach extravaganza, the Lamborghini Concept S was first created as a "non-running design study" that aimed to recapture the glorious spirit of the legendary open cockpit, single-seat race cars of yore. Starting with a regular Gallardo Spyder, Lamborghini designers removed the roof assembly and windscreen, added a center divider between the two seats, and tweaked the aerodynamics a bit to accommodate the changes.

The non-running result, shown off at the 2005 Geneva Auto Show, sparked such high levels of interest that Lamborghini decided to pull a Prancing Horse and build just 100 V-10 engined production models for the company's "favored customers." A whole lot of time and money went into creating the first example seen here—so much so, in fact, that Lamborghini decided it just wasn't worth it and pulled the plug on the project after just one example was built. 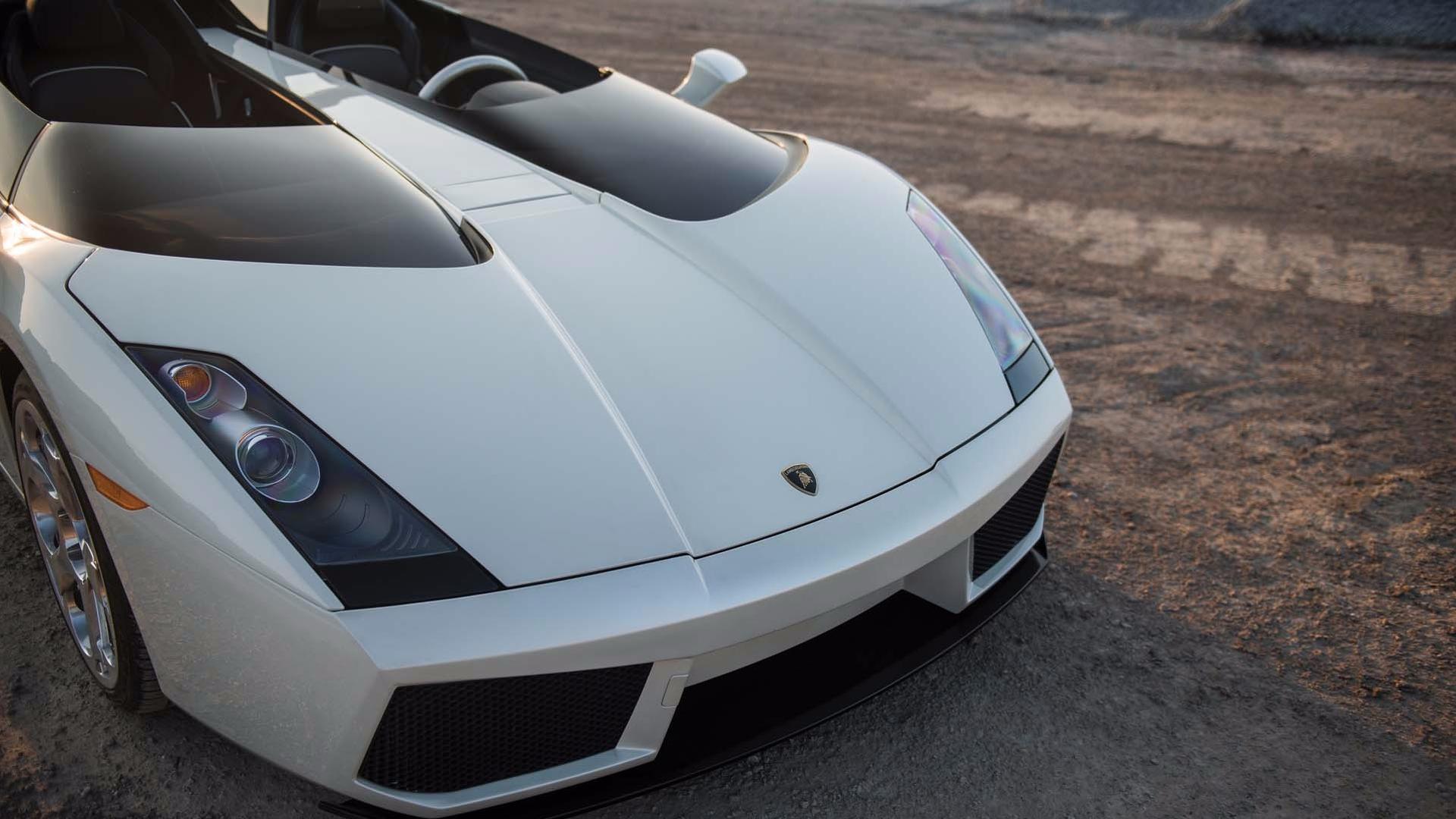 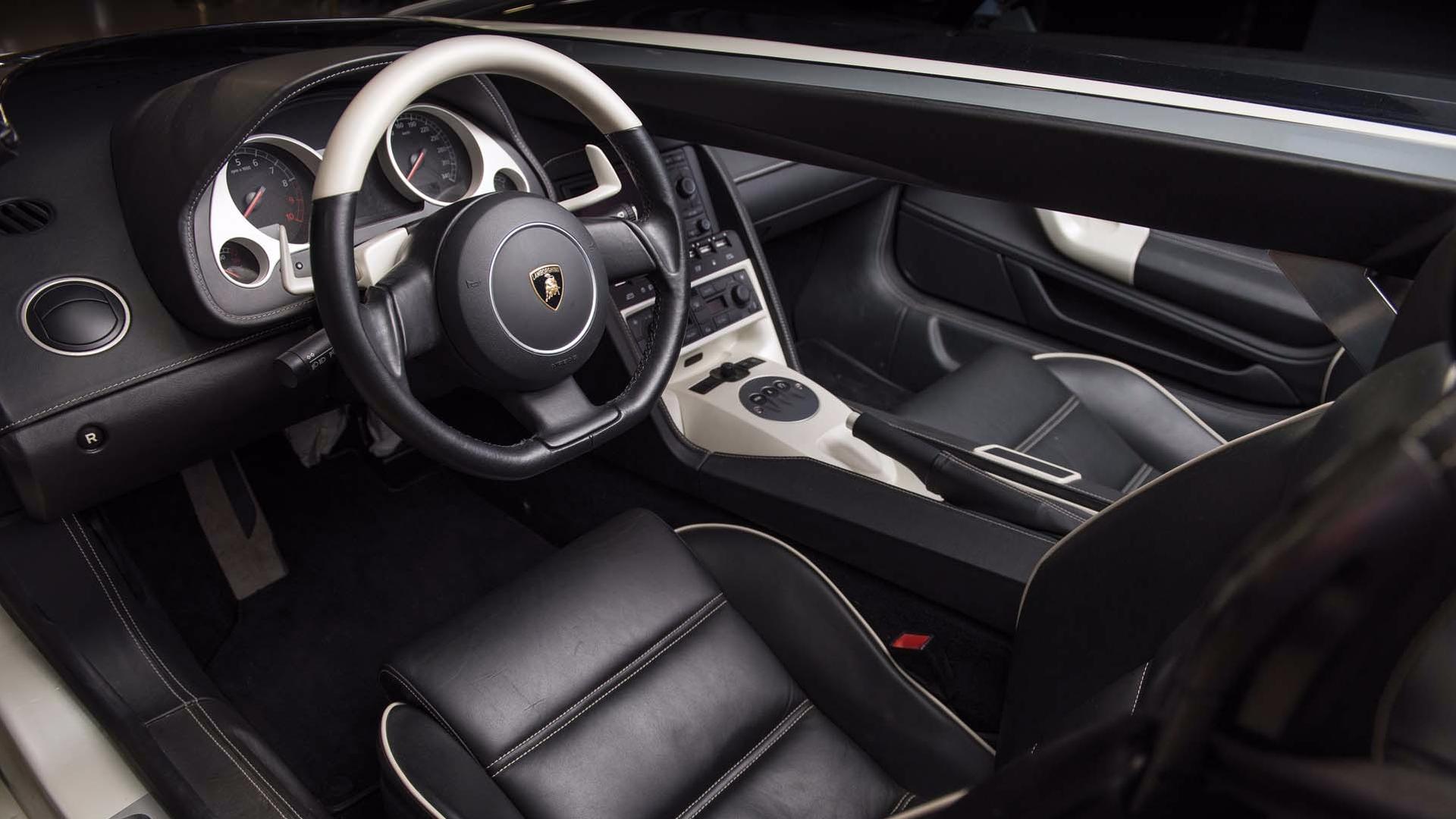 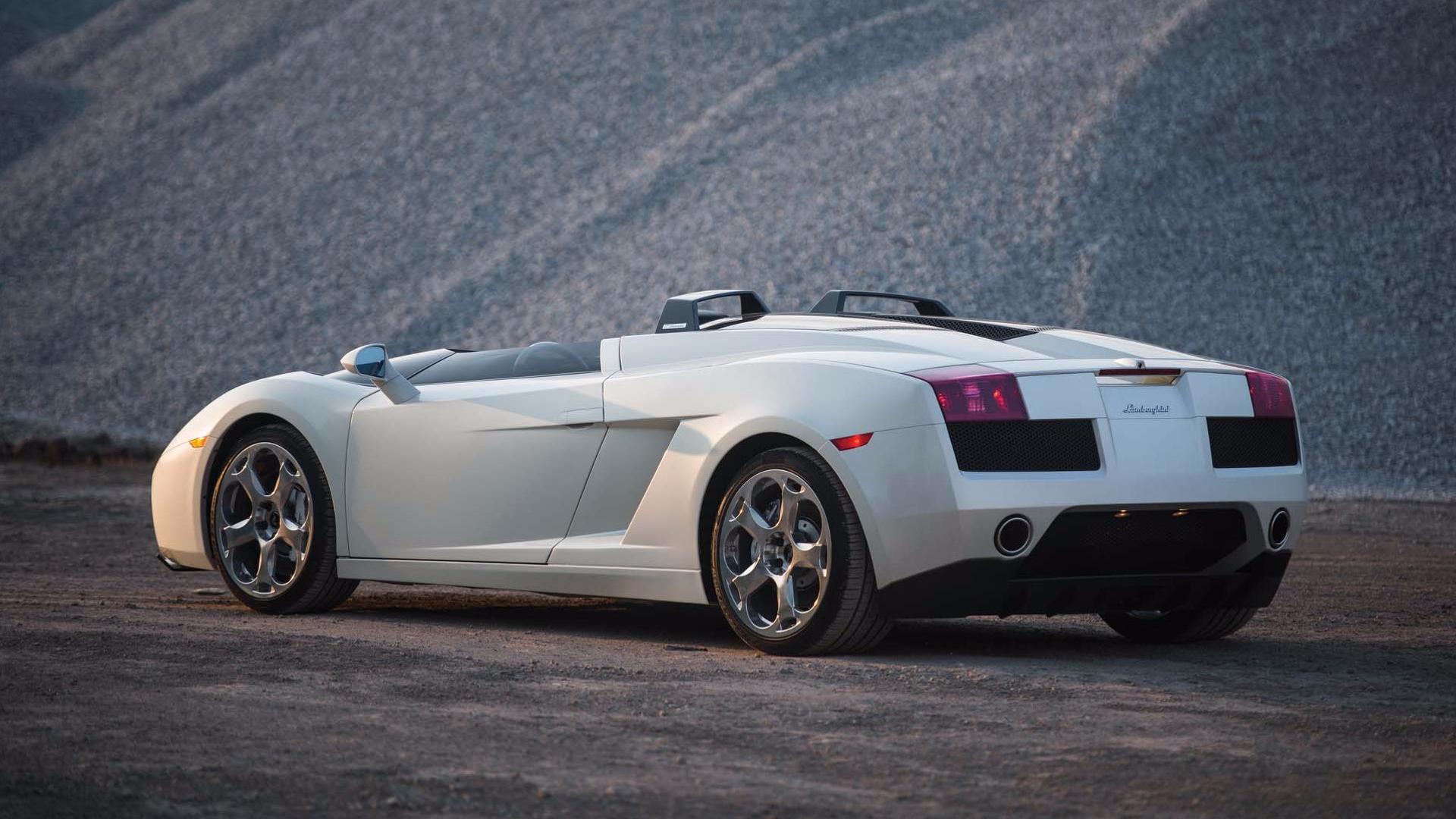 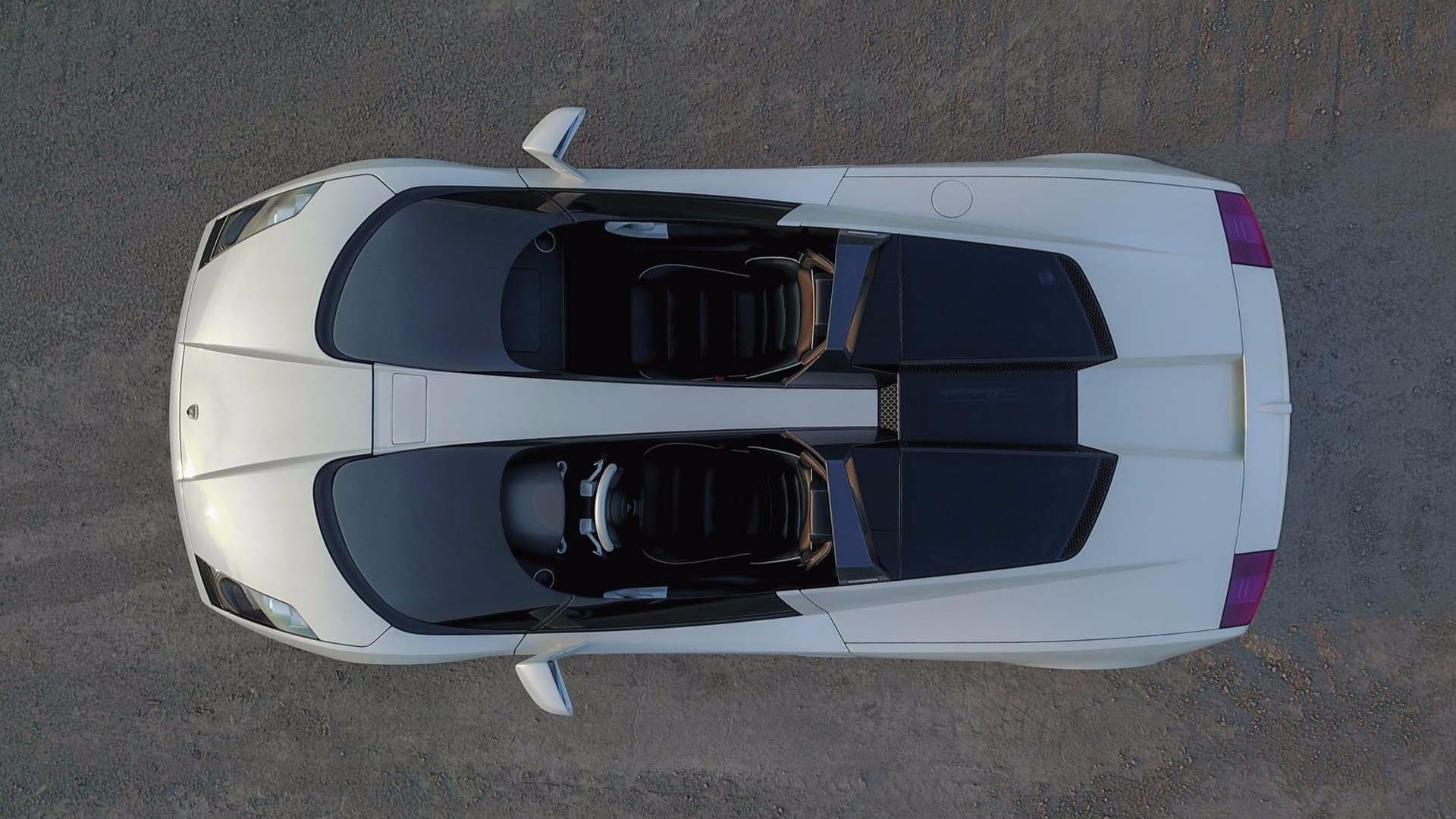 But apparently they still wanted to get some of their cash back, so unlike a lot of cases where these cars are either crushed or put in the company museum, Lamborghini actually sold the Concept S to a lucky individual. Since then, it's only racked up about 112 miles, most of which were covered on the soft grass lawns of various concours exhibitions.

But if you're interested, this road-legal roadster won't come cheap. It last popped up for sale at an auction in New York City in 2015, where it was expected to sell for upwards of $3 million but failed to meet its reserve price. Even if there's a slight discount this time around, a one-off Lamborghini will still cost an arm, a leg, and probably a kidney too. Just make sure you have enough left over for some old-school racing goggles.