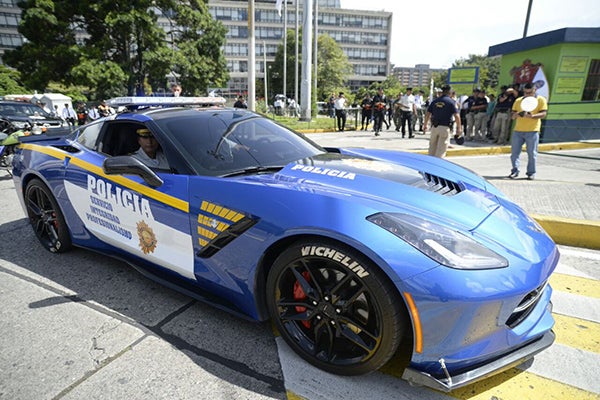 Rather than using the high performance sports car for just public relations and other events, the National Civil Police intend to use the Stingray to protect the La Aurora International Airport (airstrip runs...) as well as night patrols (chasing DVD Player thieves).

The Corvette Stingray has been viewed by many as an impeccable deal, starting at around $55,000, you get a 460 horsepower 6.2-liter V8 and a zero to 60 mph time of just 3.9 seconds. Fortunately, the only money the National Civil Police force had to spend was on decaling the vehicle and installing lights and sirens.