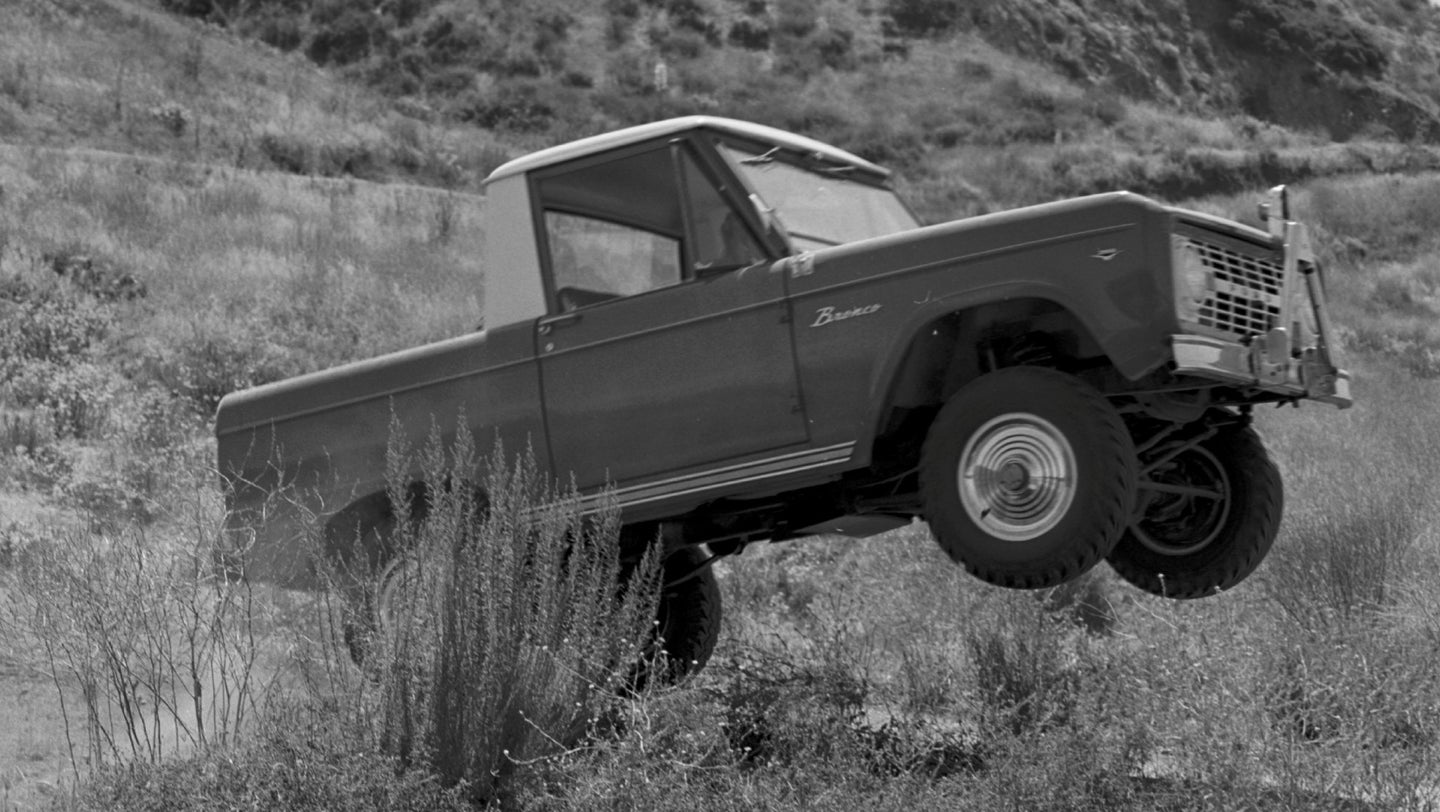 Around the beginning of the year, details on the new 2020 Ford Bronco started to trickle out of Ford. Information has since remained sparse, but we did learn the new vehicle will be somewhere in between the size of the O.G. Bronco and the Bronco II, and built on a version of the new Ranger's platform. It will get a special off-road variant to combat the Jeep Wrangler Unlimited, and much like the Jeep, a removable roof will be featured. But much of the styling and powertrain data was still kept a secret...until today, when an unidentified Ford engineer allegedly blabbed to Gear Patrol.

According to this engineer, an anxious Ford is commissioning a third design study, citing concerns that the design the current design too closely resembles both the Wrangler and Brazil's Ford Troller, which resembles the offspring of a Honda Element and Jeep Compass. There will be no two-door variant, only a four-door version.

The reported intent is to beat the Wrangler Unlimited in every field except rock crawling—a hobby that only a small portion of Jeep owners partake in. That said, a half-meter (20-inch) wading depth has reportedly been confirmed. A high-spec version that could rival the Raptor is not yet in development, due to the difficulty Ford is having in the finalization process for the base Bronco.

The powertrain will follow the trend set by the rest of Ford's lineup (excluding the Mustang), and use an Ecoboost V6 instead of a naturally-aspirated V8. The engine slated for use is the 2.7-liter Ecoboost V6 making 325 horsepower, in use at present in the Fusion and F-150. Hybrid power is reportedly being discussed, as well.

Is this Bronco what consumers will buy? All the off-road, Ford, and Bronco forums will tell you no...but the market indicates a possible yes. Wait until the press releases start coming out before condemning the new truck, though. Things may change before this Bronco sees the light of day.