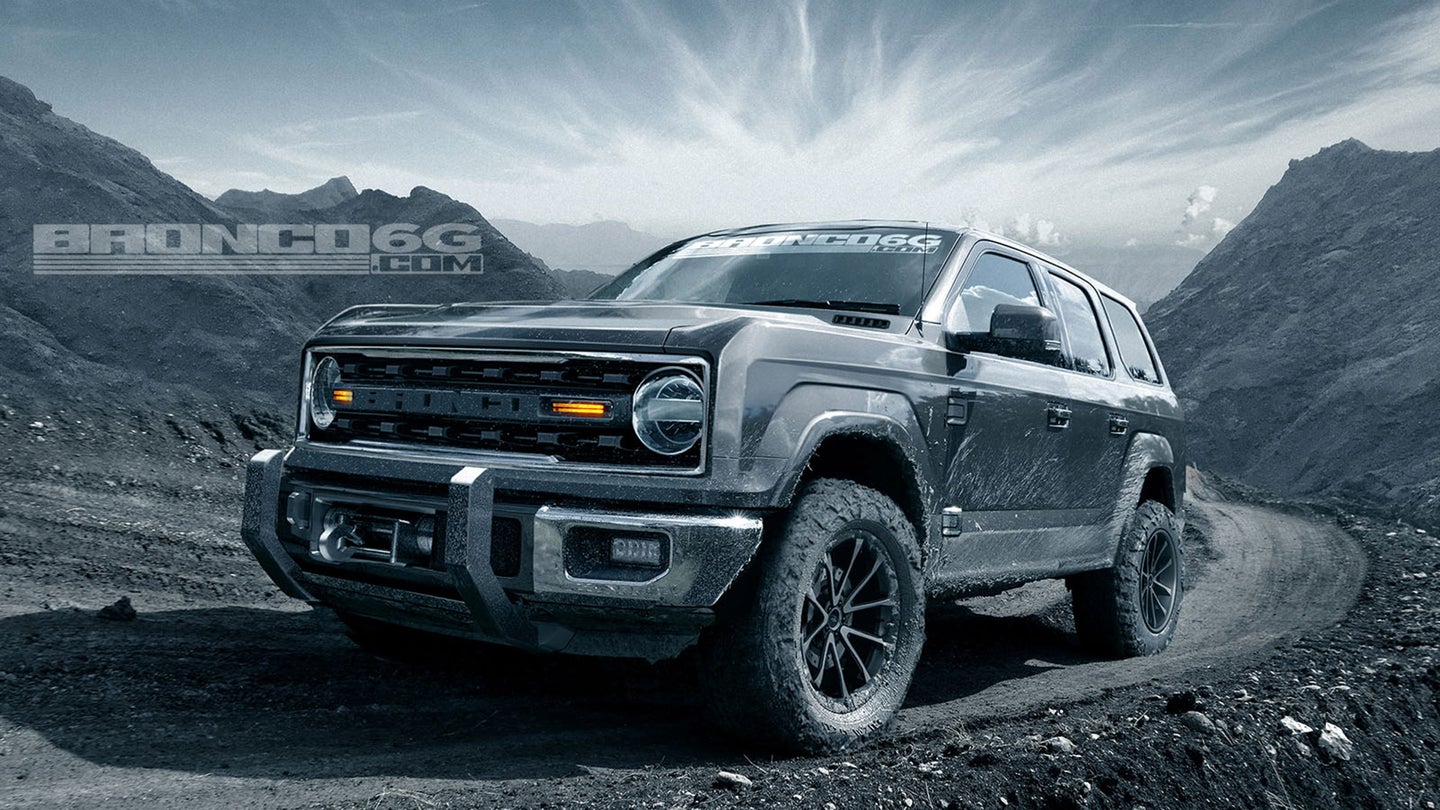 Whatever else may happen in the year 2020, one thing is pretty much for certain: A new Ford Bronco will land on the streets of the U.S. of A. Ford said as much during the Detroit Auto Show last January, dropping the news alongside word that a new Ranger based on the same, Australian-developed body-on-frame platform would arrive a year earlier. Other than the arrival date, the basic layout, and the general size, most of Ford's new SUV remains a mystery. But of all the unanswered questions about this new sport-ute, one stands above the rest: Just what the hell will the new Bronco look like?

We likely won't know the answer for at least another two years. When it does show up, however, cross your fingers that it looks as good as this four-door Ford Bronco concept drawn up by the fanboys over at Bronco6g.com.

The new rendering builds on the forum's previous two-door concept for the new off-roader, which Bronco6g.com released back in February 2016. The four-door version still draws upon the same blend of retro-meets-Raptor inspiration, but with a few additional details to better sell the vision; there's a Jeep Wrangler-style removable roof panel system that the forum claims an insider says will show up on the finished product, and the renderings come bearing a winch, a slight lift, and knobby off-road tires, all of which make this bad boy Bronco look even tougher.

Better yet, the forum's designer not only went to the trouble of mocking up this four-door Bronco from multiple angles—they even went so far as to virtually paint it several different shades and present it in multiple configurations—with different grilles, paint jobs, and spare tire configurations. The renderings even come clad in varying amounts of mud, for an extra dash of verisimilitude.

Which one of these renderings gets your motor running fastest? Let us know in the comments.

Skip The 2020 Bronco and Get This Instead

The ICON BR is by far better than anything coming from Ford next (or any) decade. It’s just a tad more expensive.