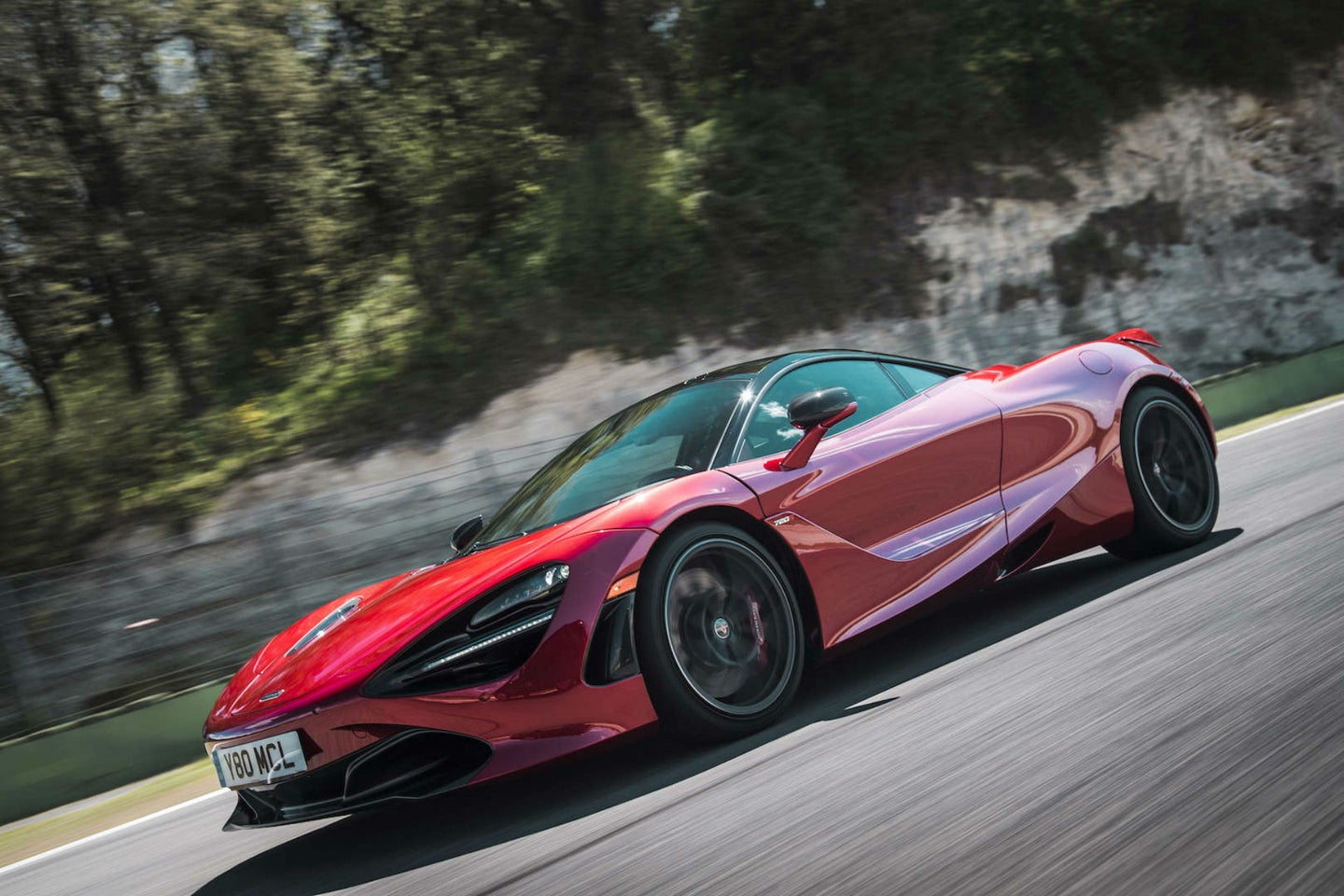 McLaren isn't one to hide from developing new tech, and though the supercar marque has stuck with rear wheel drive throughout its exceedingly powerful product line, the company's CEO knows it may be time to go with something different. As cars get more and more powerful, it's obvious that sending all of that power to the rear axle can only cause more problems, or at least make their traction control systems work double-time. In an interview with Car & Driver, the brand head Mike Flewitt hinted that there could be some all-wheel-driveMcLarens in the future.

While standing in front of the freshly released 720S, the chief executive told C&D, "We’re not there yet, but I’d say we’re getting close to the limit ... We’re not planning [all wheel drive] right now, but we’re conscious it’s a direction that we may well want to go in.”

So far, the brand has been able to do some exceptionally impressive work with just two wheels. Sub-three second 0-60 MPH times have become an expectation out of McLaren rather than a surprise, and if the engineering crew could double the number of wheels putting power to the ground, we'd surely see something even better.

But not to worry, they won't be using just any AWD systems. Instead, the automaker plans to incorporate its hybrid know-how and connect trick electric motors to the front wheels, keeping weight low and power immediate. “Our hybrid architecture will be flexible,” Flewitt explained, “and from an engineering point of view there’s no point bringing a shaft down the center of the car.”

Flewitt also discussed a potential way for his cars to both lose weight and gain structural rigidity -- ditching the rear subframe. Sounds simple, right? Maybe not as easy as you'd think. "I’m always asking the engineers how to lose weight, and of course racing cars don’t use a rear subframe. I don’t know if you could do it with a road car, there would certainly be some challenges with refinement, but wouldn’t it be great to go tub/engine/gearbox?”

There's no exact release date for this upcoming tech, but McLaren doesn't waste time when it comes to leading the industry in a newly emerging field (see: P1). If its top-notch crew of thinkers and inventors could work something up to put others to the test, believe you me that it'll be one of the better systems out there. Until then, we'll enjoy the last days of rear-wheel-drive, 700 horsepower monsters while we can.