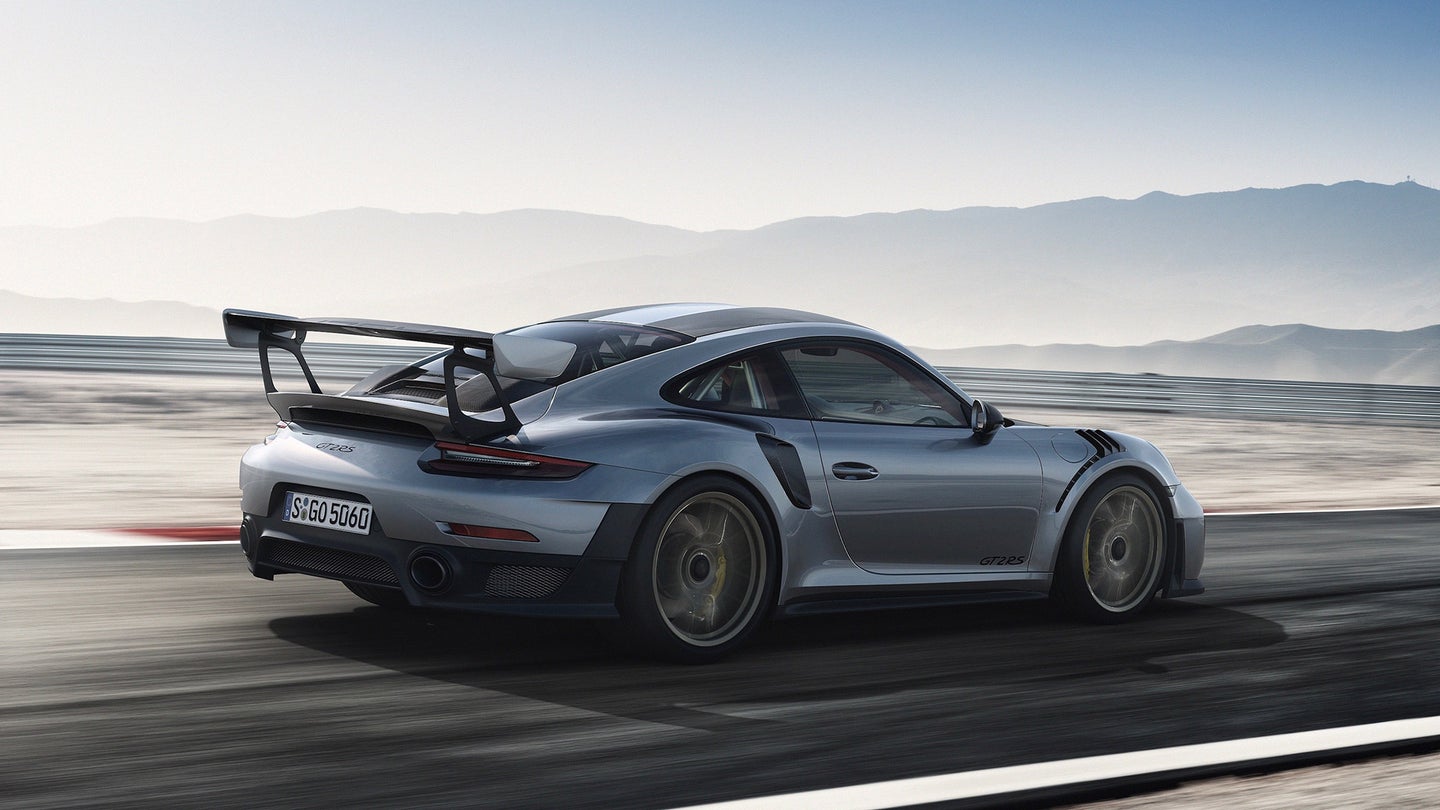 Anyone with half a brain can figure out that the 2018 Porsche 911 GT2 RS will be an absolute monster. With 700 (metric) horsepower, 553 pound-feet of torque, and a curb weight of around 3,200 pounds, this rear-engined sports car would be maniacal no matter who made it. Add on Porsche's bleeding-edge techn prowess and decades upon decades of performance know-how, and you've got a recipe for a supercar that can break some serious records. But there's one record it seems like Porsche would like above all others to shatter with this 911: The 6:52.01 Nurburgring Nordschleife lap time set by Porsche's corporate cousins at Lamborghini with the Huracan Performante.

Porsche, for now, remains characteristically tight-lipped about the car's true 'Ring lap. But if Mark Webber is to believed...well, it has at least one ability that makes it primed to go for Nurburgring production car gold.

"I've done 336 kilometers an hour in this car, in the Nurburgring, on the back straight," Webber said, during an interview with Canada's Driving.ca at the Goodwood Festival of Speed. That, in American units, works out to 208 miles per goddamn hour.

As Motor1 pointed out, if true, that means the new 911 GT2 RS is roughly 19 miles per hour faster on the straightaway than the Performante.

Granted, a tall top speed is hardly the only characteristic a car needs to conquer the Nordschleife. But if the GT2 RS can come close to equalling the Huracan Performante's active aero-enhanced grip in the corners, it could whip the Lambo with ease...or hell, even come within striking distance of the McLaren P1 LM's 6:43 lap time.

"It's what Porsche does," Webber said. "We have to produce cars like this."

You can check out the Driving.ca video featuring Webber's interview—and plenty of sexy, sexy shots of the new GT2 RS cavorting about—below, if you're so inclined.