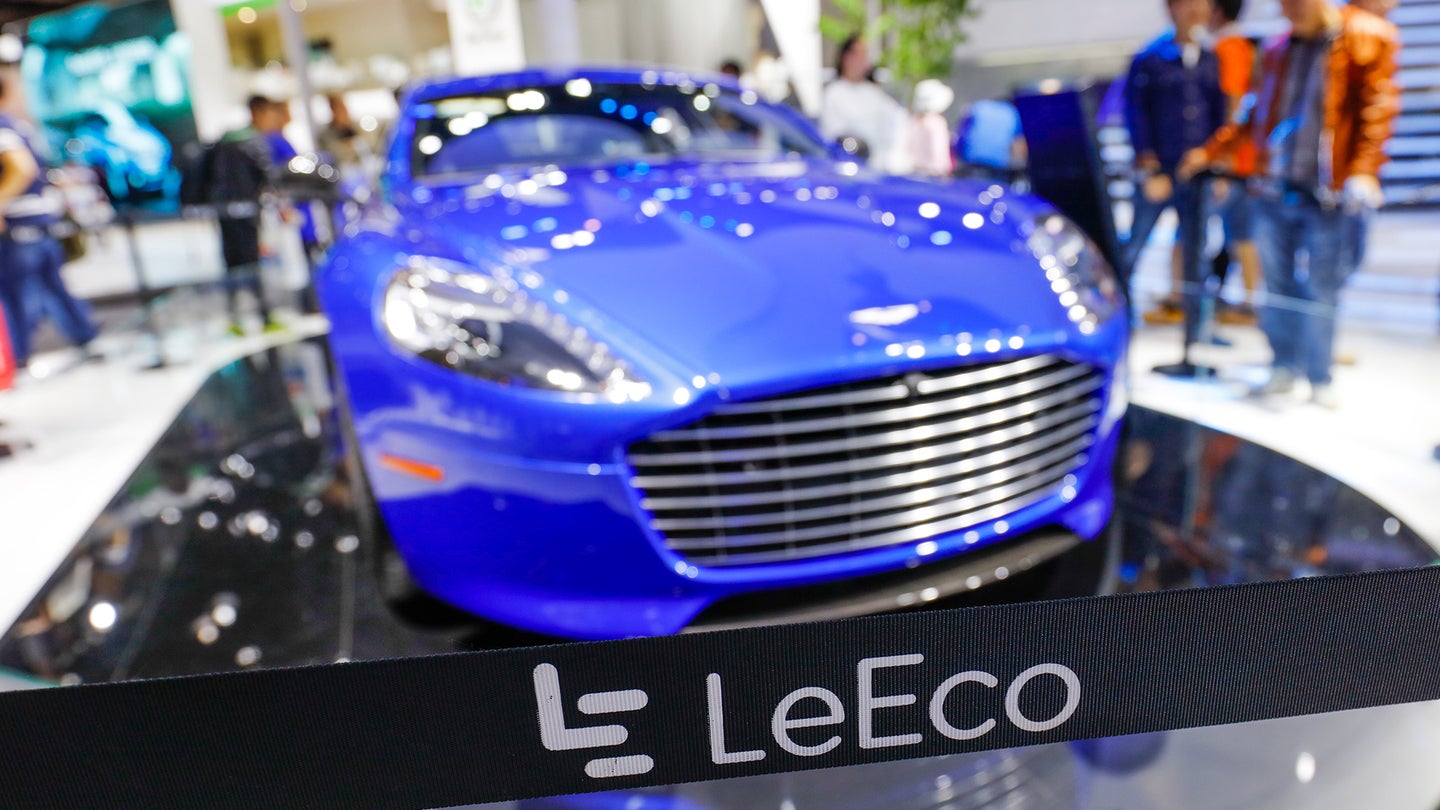 Every dark cloud has a silver lining. Aston Martin's plans to develop a production run of electric cars with Chinese EV manufacturer LeEco have hit a roadblock, Aston CEO Andy Palmer said on Monday, as LeEco has backed out of the project.

But the carmaker isn't giving up on its battery-powered plans—and the resulting electric Aston Martin could wind up being even more entertaining as a result. As part of its plans to fund the project entirely by itself, Palmer told Reuters his company intends to work more heavily with the racing-minded wizards at Williams to compensate for LeEco's absence. It's a logical choice; after all, Williams helped Aston build the Rapide E prototype that set the scene for the upcoming production model, and also supplies battery packs to Formula E.

The change in dance partners means a few other tweaks to the car. Production of the all-electric version of the Rapide will be reduced to 155 units, roughly a third of what had been previously planned for the vehicle—which Palmer says he hopes will boost the car's exclusivity.

"We've decided to make this car rare, which will obviously tend to push the price higher," he told Reuters.

The Rapide E, as it's been known so far, will now reportedly hit the market in 2019 at a price of around $250,000. Previously, Aston Martin had planned on bringing the electric sedan to market by 2018.

LeEco has been facing some financial troubles as of late, with the company laying off most of its U.S. workforce, prompting Faraday Future—which has benefitted from LeEco's financial backing—to take steps to raise cash in order to protect itself from the larger company's fiscal problems.

Of course, the Rapide E was always planned as a limited-run model, Palmer told Reuters—one designed to help Aston Martin prepare for its first mass-production electric car, a battery-powered version of the DBX crossover. That car—sure to cause a few Aston fanboys to scream in anguish—is still expected to hit the streets in two years' time.