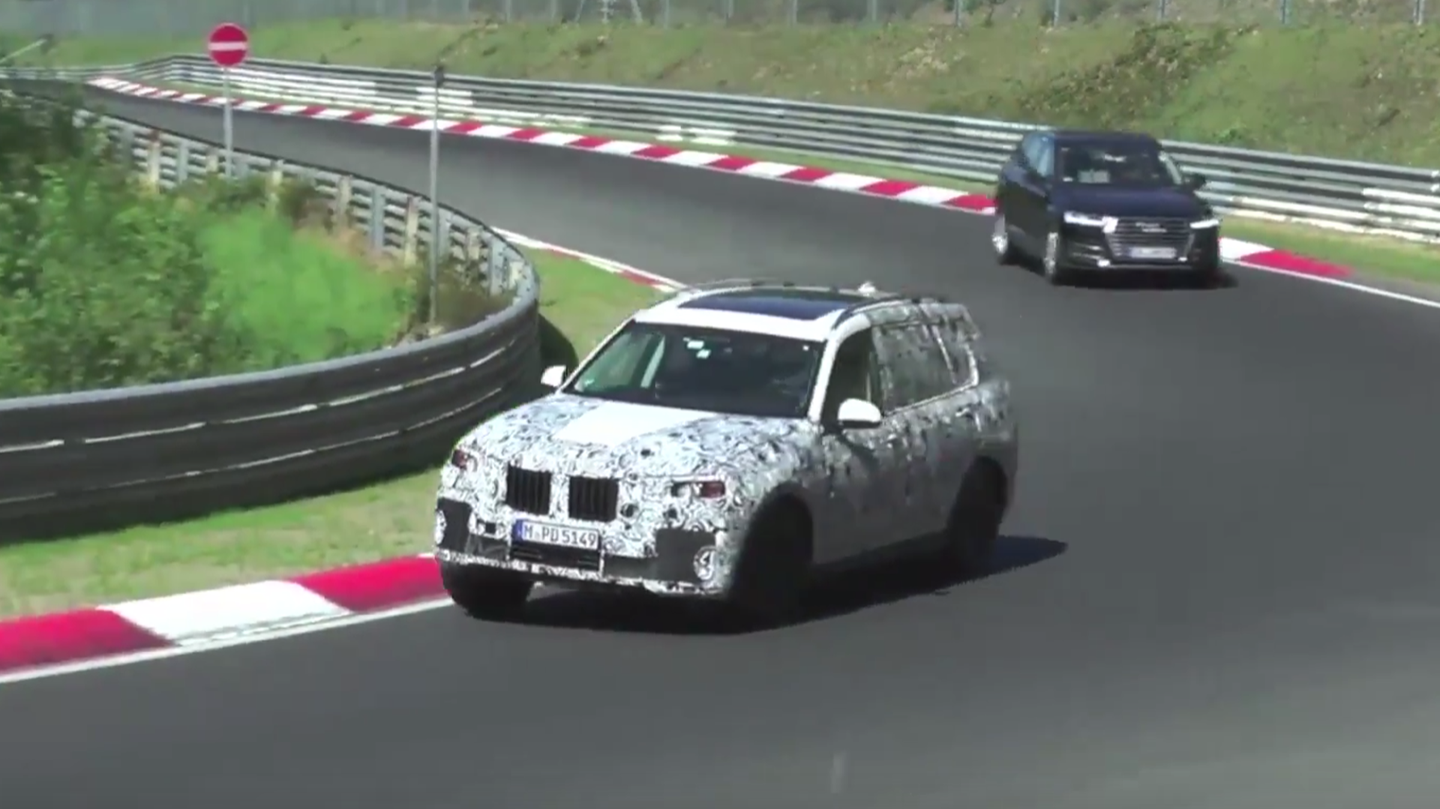 We'll have to wait until September's Frankfurt Auto Show to get our first look at an undisguised new 2018 BMW X7, but the company's engineers are already busy putting it through its paces. A prototype was previously caught on video doing some cold weather testing back in January; now a new clip from autoevolution shows a BMW test pilot chucking the husky seven-seat crossover around the Nurburgring.

Riding on the same platform as its 7 Series sedan counterpart, the BMW X7 promises to be a bit more than just a stretched X5. It will reportedly come in two separate versions: the mass-market seven-seater priced to compete with top-flight people movers like the Audi Q7 and the Mercedes-Benz GLS, and an exclusive four-seat model aimed squarely at ultra-lux SUVs like the Land Rover Range Rover Autobiography and the Volvo XC90 Excellence.

BMW head of sales and marketing Ian Robertson told Autocar earlier this month that both would feature "all the technology and luxury of the 7 Series [sedan]" and a price point to match. Engine options have yet to be confirmed, but it's safe to say they'll also mirror those found in the sedan—a range of six and eight cylinder powerplants, along with a plug-in hybrid model in keeping with BMW's electrification push.

With more tire noise than anything else in the video below (starting around 1:30), it's hard to tell which engine setup is powering the prototype as the big old Beemer does its best impression of an Ultimate Driving Machine on the Nurburgring. But the X7 does seem to acquit itself fairly well in the corners, no doubt thanks in part to its RWD-based architecture. Look for more details about features, pricing, and engine specs to emerge ahead of the official unveiling in September.