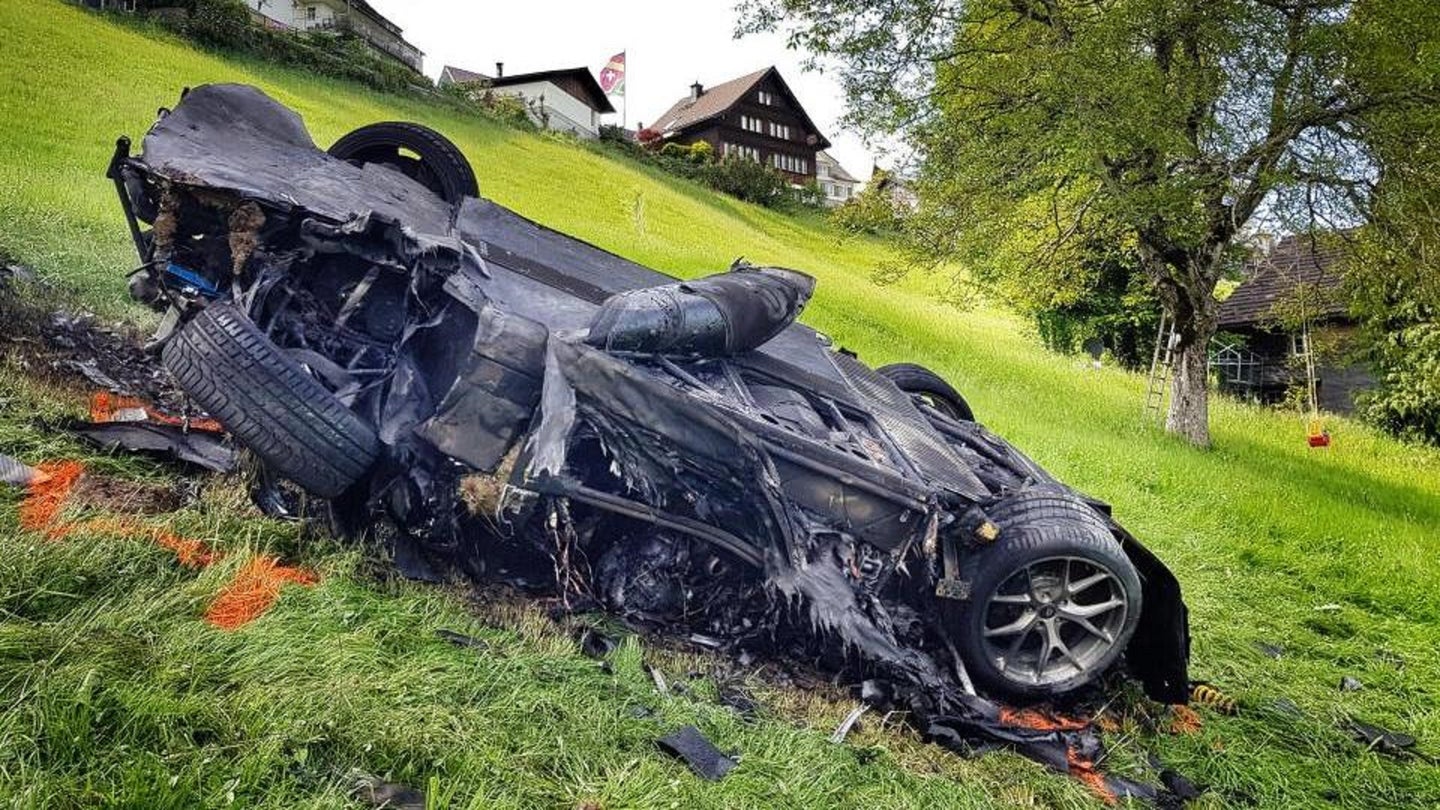 Richard Hammond had to be airlifted to hospital today after crashing a Rimac Concept One electric supercar while filming for the second season of The Grand Tour. His injuries are reportedly not serious.

According to Amazon, Hammond was able to climb out of the car himself before it burst into flames. He was conscious and able to speak. The former Top Gear host was then airlifted to St Gallen hospital where a fracture in his knee was discovered. Apparently, it was a one vehicle crash and nobody else was in the car with Hammond at the time. The cause of the accident is currently unknown and under investigation. From The Grand Tour's Facebook page:

This isn't the first time Richard has sustained injuries on the set of the upcoming season of the Amazon car show as he was involved in a motorcycle crash in Mozambique back in March that rendered him "not dead." It also certainly isn't the first time the Hamster's been sent to hospital driving a fast car on TV, as I'm sure many of you will remember the harrowing Vampire drag car incident eleven years ago that put Hammond into a coma for two weeks.

Despite the inevitably cheeky jabs his two co-stars might react to today's incident with, we at The Drive wish Richard a speedy recovery. The Grand Tour is set to return this October.