Its 8,000th Huracan surpasses Lambo's manufacturing numbers of almost all of its other cars—combined. 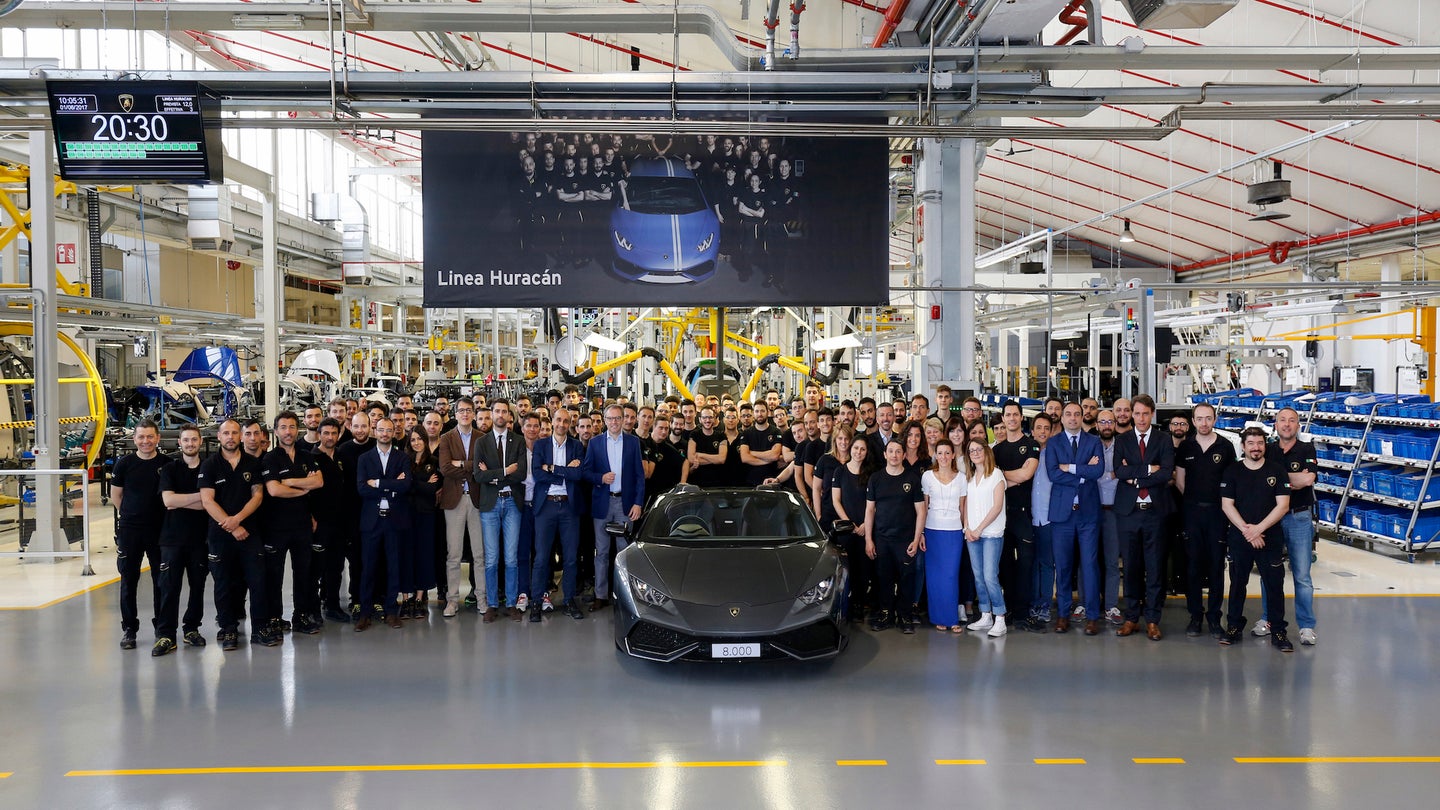 The 2010s have been a good to Lamborghini. Since the inception of the Aventador in 2011 and the Huracan in 2014, the plucky supercar company has continued to outdo itself. The big, fire-spitting Aventador may hue closely to Lamborghini's penchant for ridiculousness, but the Huracan is its finest creation to date. The Huracan's versatility has done well in motorsport and birthed a record-smashing track monster, giving way to endless internet debates about why it deserves to be on top with Ferrari, Porsche and McLaren's latest creations. It helps that the "entry-level" supercar is selling like hotcakes.

A photo posted earlier this month shows a Huracan Spyder painted in Grigio Lynx gray rolling off the production line. This is a truly special car for Lamborghini, as it is now 1 of 8,000 produced. There are now more Huracans on the road than all pre-1999 Lamborghini production cars combined. The car still has yet to surpass sales of its predecessor, the Gallardo, but the Italians just need to build another 4000 Huracans to give the Gallardo a run for its money.

Lamborghini's plan to make its cars more available to the masses is yet another way to distance itself from Ferrari, according to CEO Stephen Domenicali. The exclusive manufacturer is certainly becoming less exclusive, opting to expand production of its latest cars instead of limit it. This includes the brand new Urus, which Lambo has opened a whole new manufacturing plant for.

Expect to see way more Lamborghinis ruling the streets in the next few years; we expect fully expect the company to double production for its upcoming models.