Adorable Bear Cub Turns Up in Colorado Car's Back Seat 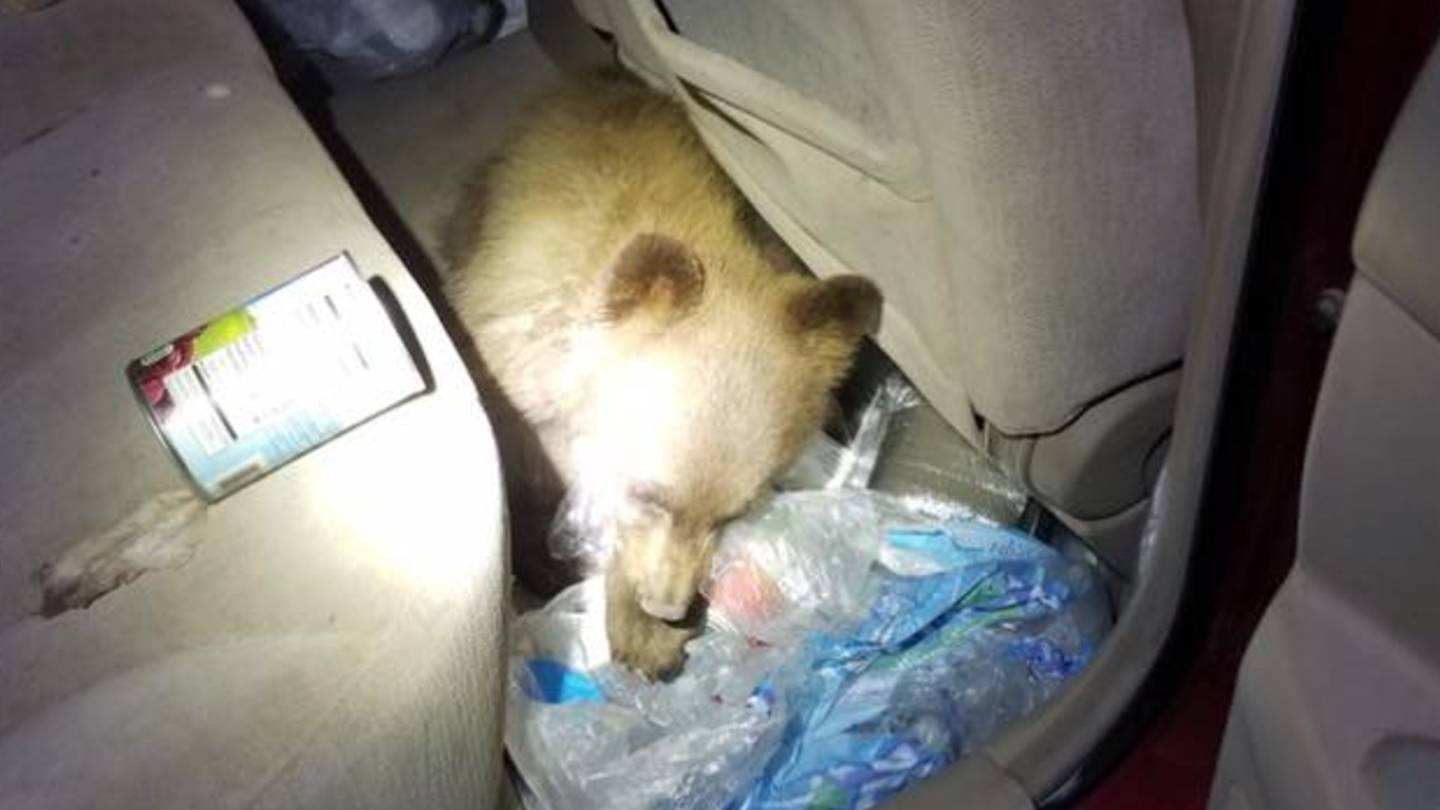 One of the last things most drivers want to experience is hearing a suspicious rustling coming from the back seat of their car after just setting down in the driver's seat. No good can come from that. But what you—or most drivers—might not expect to find in that situation is a tiny little bear cub.

Well, in fact, a bear cub like the one mentioned above was found in the backseat of a car in Woodland Park, Colorado on Friday night, according to a Facebook post by the local police department.

It's unclear how exactly this little bear managed to get inside the car, based on the Woodland Park P.D.'s Facebook post. That said, from the looks of things, it looks it was made right at home with all the bags and other trash-looking objects—some of which likely smelled enough like food to attract the cub to the car—that it was surrounded with in the backseat.

According to 9 News, the baby bear has since been released back to nature.

In case you're worried about this sort of thing happening to you. Colorado Parks & Wildlife has a list of advice to help prevent you from having a similarly awkward interaction with a bear. Most importantly, if you're in an area that's known to have curious bears, be sure to keep doors locked, remove any smelly items that might attract bears—and if you come across one, attempt to scare it away or call 911 if human life is being threatened.