Florida Uber Driver Robs Passenger—But Should He Have Been Driving for Uber in the First Place?

28-year-old Alexander Troy had multiple pending suspensions on his license in the year prior to his arrest. 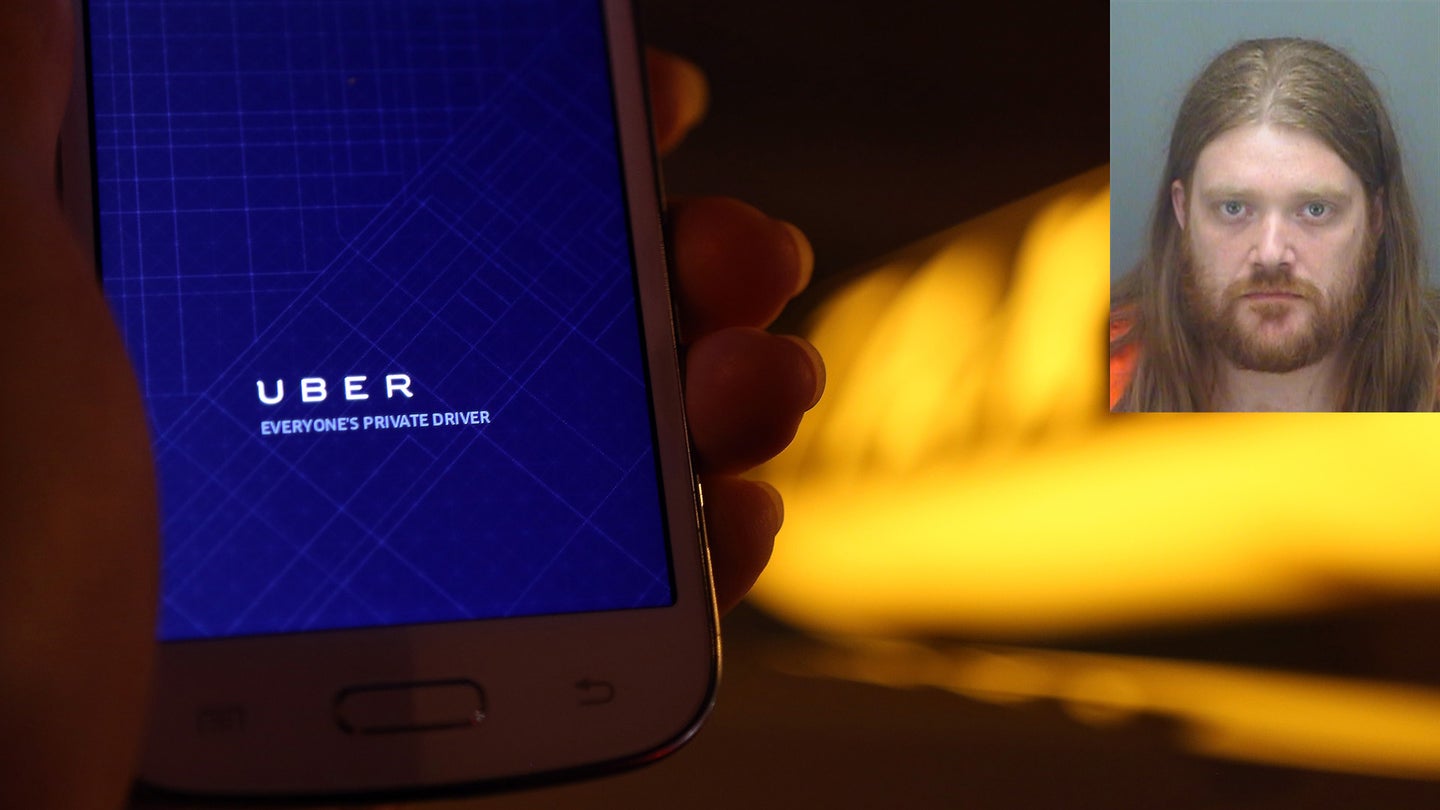 According to a police report, during the early morning hours of Sunday, June 4, 2017, two young men in Palm Harbor, Florida hired an Uber to take them home. WFTS Tampa Bay reported that the two 17-year-olds called the Uber after going to friend's house on Saturday night. The plan was to drop the first teenager off at his house, and then the Uber would continue on, taking the second young man home.

WFTS reported that both young men got out at the first stop. The one who still needed to go home had to get something from inside the house. According to WTFS, the driver, 28-year-old Alexander Troy, started doing burnouts with his car and yelling at the young men.

According to police, Troy then got out of his car and accused the two of canceling the ride and not paying. The two teenagers tried to show him proof of payment. The police report states Troy then ripped a gold chain off the neck of one of the men and drove off. Police say the ride had, in fact, been paid for.

Deputies went to Troy's residence in nearby Clearwater. They found the gold chain, valued at "several thousand dollars" according to police, still in Troy's car.

Troy was arrested. According to the arrest report, he was charged with strong-arm robbery, a second-degree felony. Uber told WTSP that Troy's driver account has been "removed from the app" pending an investigation, which is the normal party line.

But exactly when Troy's background check was done may have made a big difference in whether or not he was permitted to drive for Uber. During the initial background check, this is what Uber looks for:

- A minimum of 1 year U.S. licensing history (if under 23 years old, must have at least 3 years licensing history)
- A clean Motor Vehicle Record (MVR):
- No major moving violations, such as DUIs or reckless driving
- No more than 3 minor moving violations in the past 3 years, such as speeding tickets or failure to obey traffic laws, unless local law establishes different screening standards
- A clean criminal record that does not include convictions for prior offenses specified by local law

According to court records from Pinellas and Hillsborough counties, Troy has two recent moving violations in Florida. According to Page, these alone were not serious enough to have prevented Troy from driving for Uber.

Court records show that on June 23, 2016, Troy was cited for careless driving after he caused an accident in Tampa. The accident resulted in, according to the ticket, approximately $23,500 in damage. On November 20, 2016, Troy received a speeding ticket for going 53 mph in a 25 mph zone, in Safety Harbor, Florida.

As a result of the speeding ticket, records show that Troy's driver's license was on the verge of getting suspended. He failed to complete a mandatory defensive driving class. That prompted a notification of a pending suspension of his license on March 20, 2017. Court records state that he completed the class on April 12th, 2017, just days before his license was to be suspended.

On May 22, 2017, court records show that the Florida DMV was again notified of a pending suspension of Troy's license. This time, the suspension would be for non-payment of the speeding ticket fine. According to records received by The Drive, the suspension will go into effect on June 20, 2017.

There are anecdotal reports across the internet that getting a speeding ticket for going more than 20 mph over the limit will prevent you from being an Uber driver. (Troy's speeding ticket was for 28 mph over the posted speed limit.) Page tells The Drive that while this is not policy, those cases may have been in jurisdictions where going that much over mandates a reckless driving charge, which will disqualify one for driving for Uber. She also says the individuals reporting this may have had several other violations, and the speeding ticket just happened to put them over the three-violation limit.

When asked how Uber receives word when a driver gets a ticket or a license suspension, Page explained that sometimes the drivers report this themselves, or Uber runs another background check and discovers it.

Page's remarks seem to indicate there is no real setup for reporting violations to Uber besides than the honor system. If a driver is already onboard with Uber, there is little accountability after the background check. The state does not report violations or arrests to Uber. Unless they run another background check, Uber will most certainly miss many things that should get a driver pulled from service.

Should Uber have green-lit a driver who, within five months, caused an accident and then got caught going 28 mph over the posted limit of 25 mph? According to Uber, yes. Via email, Page told The Drive that "more than three moving violations in the prior three-year period would be disqualifying under the rules;" a pending suspension would not disqualify the driver.

If Uber had run a background check on Troy in the period between March 20th and April 12th, or after May 22nd, it would have shown that his license had a pending suspension. One would think this would have been a red flag which warranted further investigation, requiring him to resolve the issue before being approved as a driver. But again, it is not known when the background check was done—and, subsequently, what exactly would have shown up at that time.

While no one could have predicted Troy's actions that day, this minor incident highlights the need for some form of reporting between local jurisdictions and Uber. As it stands now, unless a driver self-reports a disqualifying issue, Uber might never know there is one.