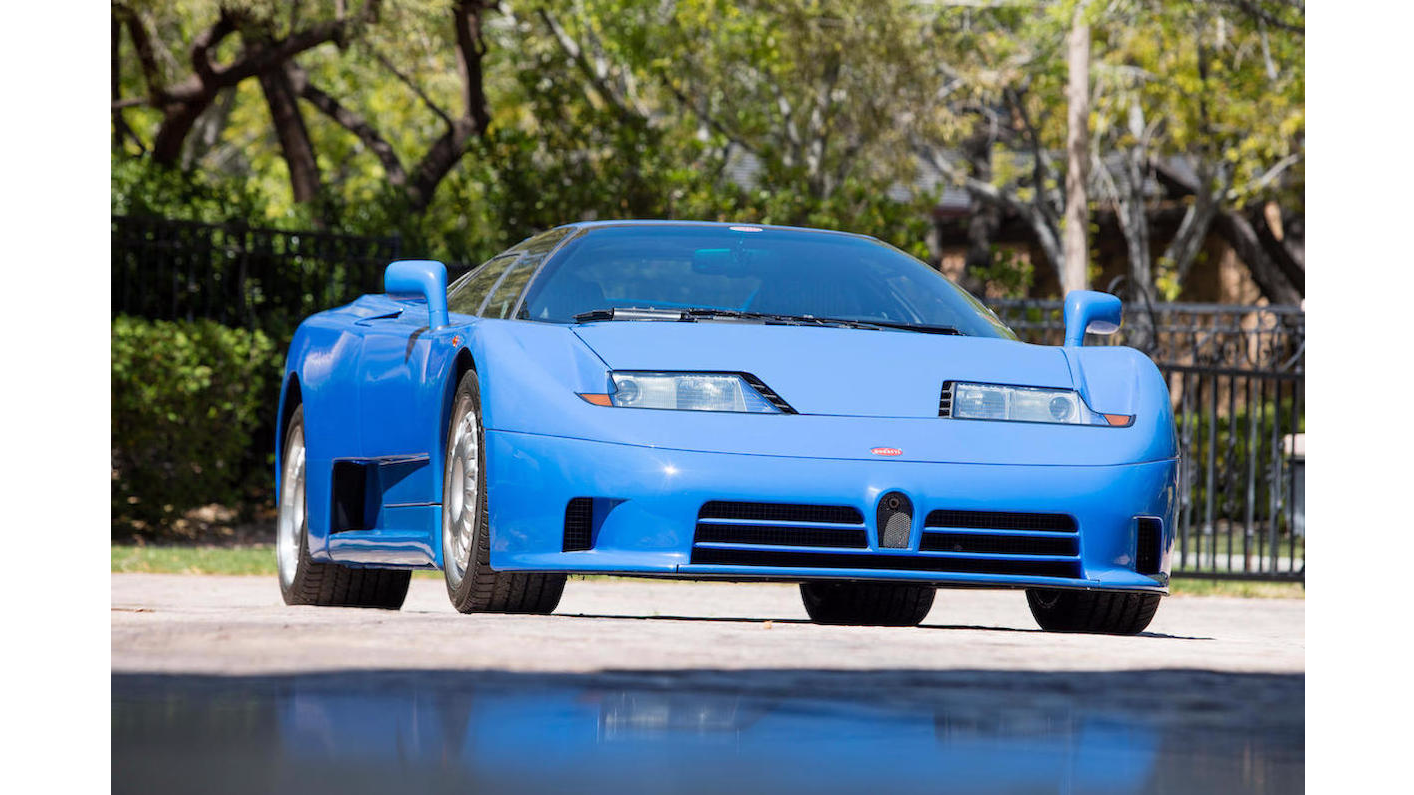 If you've got nothing going on this weekend and you have $500,000-$700,000 laying around, you could swing by the Greenwich Concours d'Elegance auction in Greenwich, Connecticut. That's the expected selling price of a lovely 1993 Bugatti EB110.

This sexy mid-engine supercar us the final pre-Volkswagen Bugatti model. 139 were built between 1991-1995 packing a 3.5-liter quad-turbo V12 engine with 60 valves (that’s right, 5 per cylinder) and 12 throttle bodies. The engine produces 552 hp and 456 lb-ft of torque. The car was unveiled on what would have been founder Ettore Bugatti’s 110th birthday giving it the name EB110.

The one up for sale is one of 84 GT variants of the EB110. GT is actually the plebeian base trim slotted beneath the even crazier Supersport model. If you settle for this GT, you’ll fly from 0-60 in 3.46 seconds with a top speed of 212 mph giving you the ability to embarrass your friends who drive a Ferrari F40 or a Lamborghini Diablo.

The exterior is Bugatti Blu with a glass engine cover, scissor doors, and a power retractable spoiler. The color reminds of the Nitrous Blue paint available on the Ford Focus RS. Despite being designed and built under different corporate flags, there’s a noticeable family resemblance between the EB110 and the Veyron.

Step inside the gray leather interior and check out the woodgrain instrument panel. The interior is classy, but nothing too flashy or opulent. It’s clear that this car was made to be driven and be stared at and it’s an excellent car for doing both of those things.

There are only 15,588 kilometers (9,685 miles) on the clock so it’s pretty gently used. It was imported to the US under the Show and Display exemption and it’s one of a small, unknown number of EB110s registered in the States. Wouldn’t it look nice in your garage next to your new Chiron?

Annual Rodeo Drive Concours happens on Sunday for a reason.

The True Story Behind the Lost Supercar

Everything you ever wanted to know about the Bugatti EB110.