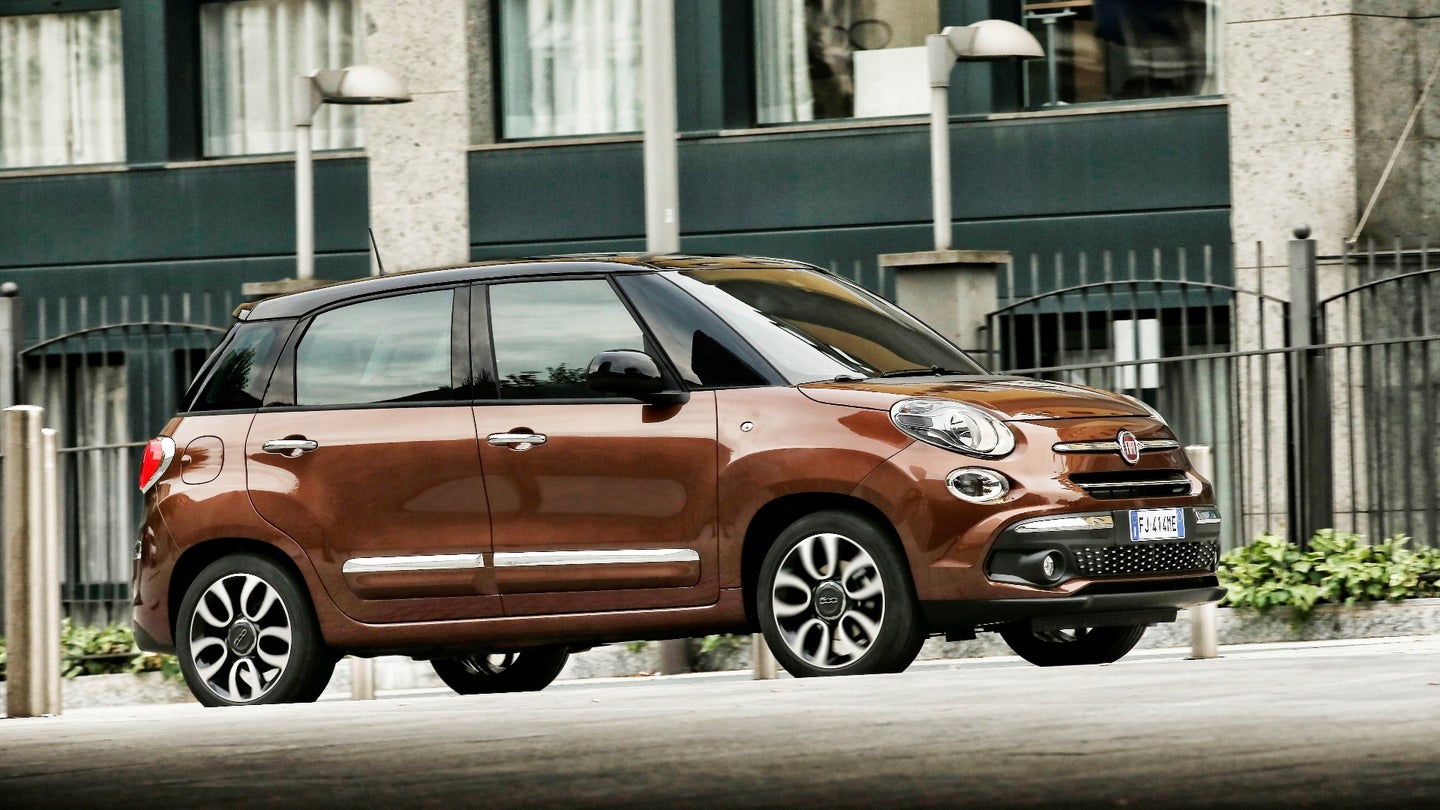 If you’ve ever wanted a Mini Countryman, but without its British charm or satisfying driving dynamics, then you’ve probably considered the oddly shaped Fiat 500L crossover wagon thingy. Instead of putting this car out of its misery, Fiat has decided to give it a mid-cycle refresh.

On the outside, the new 500L looks a lot more like the 500X, which is a good thing. It’s a little more sculpted and refined and looks less like an ugly fish than the current 500L. The Fiat 500X is the Jeep Renegade twin that the 500L should have been in the first place. It’s a cute little SUV that offers Italian flair in a very hot segment. The 500L has been the ugly older sister of the 500X and it’s about to get less ugly, but still a little confusing.

There aren’t a ton of surprised on the inside, but it is a welcome update. The infotainment system, steering wheel, and instrument cluster are new and the similarities to the 500X continue. FCA’s ubiquitous Uconnect system lies in the center stack which means you get Android Auto and Apple CarPlay.

While the refreshed Fiat 500L is definitely an improvement, that isn’t saying much when considering the current model. It’s been struggling to sell in any meaningful numbers in the US due to its segment identity crisis and overall low quality. It’s kind of like the Mini Countryman, but the Countryman just got bigger with the new Clubman slotted underneath it. The Clubman is more of a traditional wagon than the goofy Fiat 500L. While the refresh could be a hit with the right marketing, I think it’s more likely the facelifted wagon will continue to have difficulty standing out.