Boston and Pittsburgh are the most likely candidates for the service’s launch. 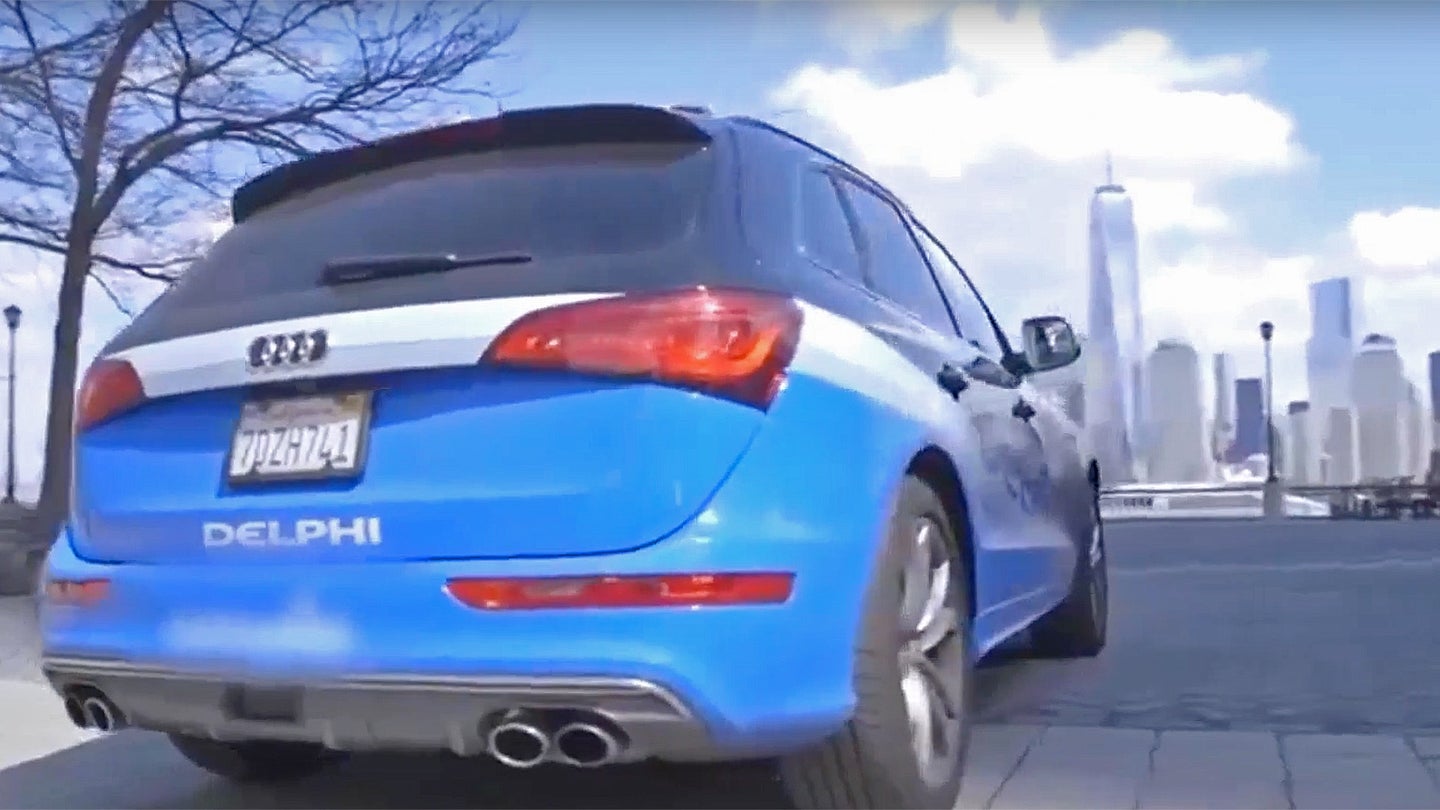 The ranks of self-driving cars roaming the streets of America are apparently about to grow even further. Delphi is expecting to launch an autonomous taxi service in the United States by this September, a company representative said, with the official plans likely to be announced by around mid-June.

"In the U.S., we'd like to kick off the service in September," Delphi chief technology officer Glen De Vos told Automotive News. "We are going through the final application process, and we expect approval in the next four weeks or so."

The company runs a slowly-growing self-driving taxi pilot program in Singapore, which, according to AN, currently consists of a single Audi sport-utility vehicle outfitted with the required suite of computers and sensors for self-driving operation, as well as an engineer in the driver's seat to make like Jesus and take the wheel should things go awry. However, the company reportedly plans to scale that up with additional vehicles later this year, as it works towards its goal of building a fully-autonomous car for taxi hailing use by 2019.

It's unclear whether the Audis will be used for Delphi's American taxi testing, however. De Vos said the company plans to switch over to an unnamed electric car for self-driving car duty sometime in 2017 or early 2018.

The streets of both Boston and Pittsburgh already play host to autonomous vehicle testing, with the former dominated by the likes of Massachusetts-based NuTonomy and the latter home to a substantial piece of Uber's self-driving car project.

An expansion of the test in Singapore planned for next year.