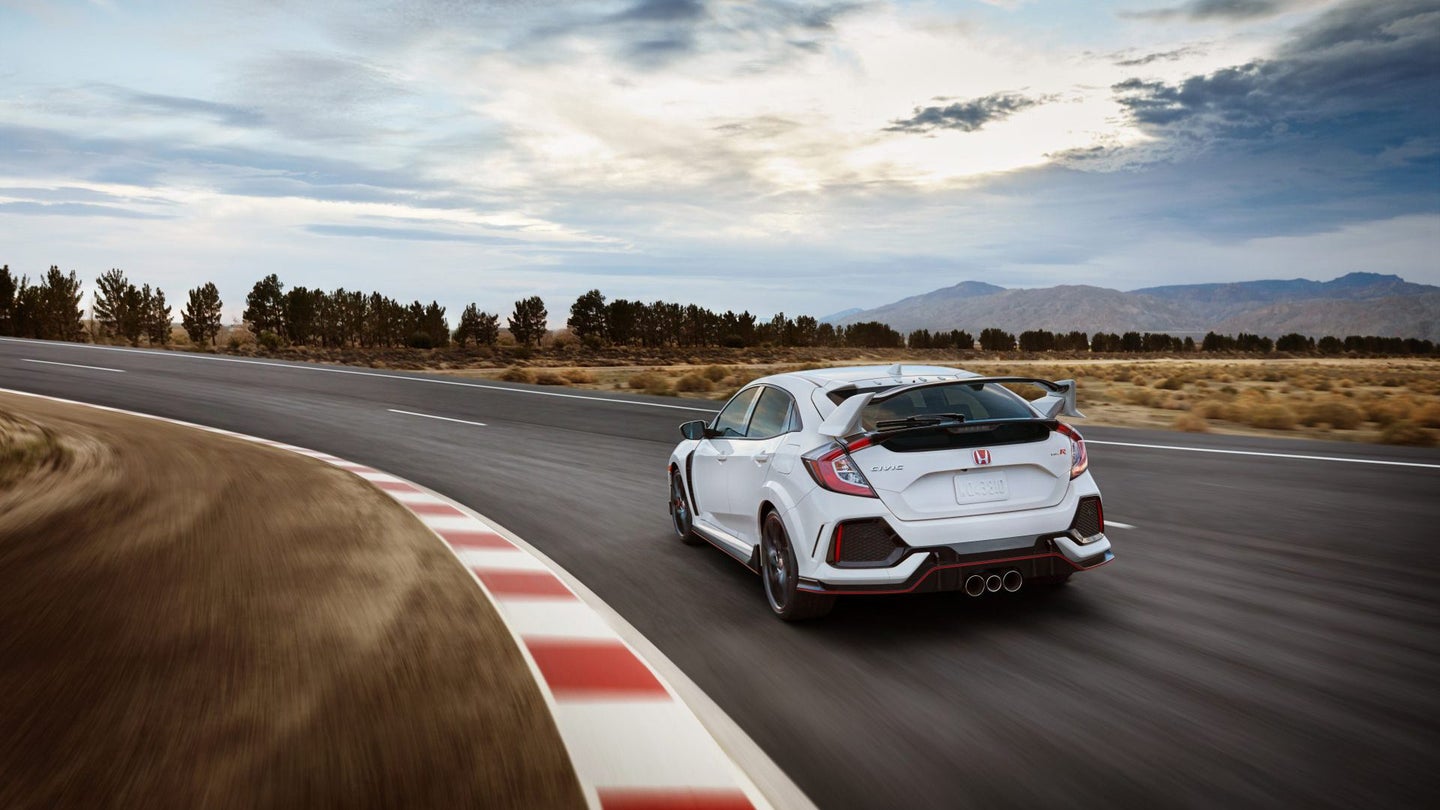 Unless you've been living under a rock for the past year or so, you're probably well aware that the new Honda Civic Type R is finally coming to American shores very soon. It's expected to be priced somewhere in the mid-$30,000s, similar to the Ford Focus RS—pre-dealer markup, anyway. This makes the Civic Type R not a very cheap car at all and out of reach to many fast Honda fans on a budget.

However, a cheaper, lighter, stripped down model may be coming in 2018.

In a tweet from professional VTEC enthusiast HondaPro Jason, the only Civic Type R that's coming this year will be of the 'Touring' variety—that's Honda-speak for fully loaded. In 2018, however, two trims will become available: the Civic Type R Touring and the Civic Type R... not Touring.

Denoted by codename FK8G2JEW, the 'base' Civic Type R will presumably be less well-equipped than the mid-$30k Touring model. Taking out creature comforts such as heated seats, LED headlights, big infotainment screens, and other luxury doodads should make Honda's hottest hatch a little more attainable without compromising what is arguably the car's biggest draw: the driving experience. If anything, less tech toys and luxuries should mean a lower curb weight, which might give the base Type R even greater street cred over its bloated, pricey Touring sibling—a Civic Type R Superleggera, if you will.