For when you need to lap the 'Ring in 7:05 without burning a drop of gas. 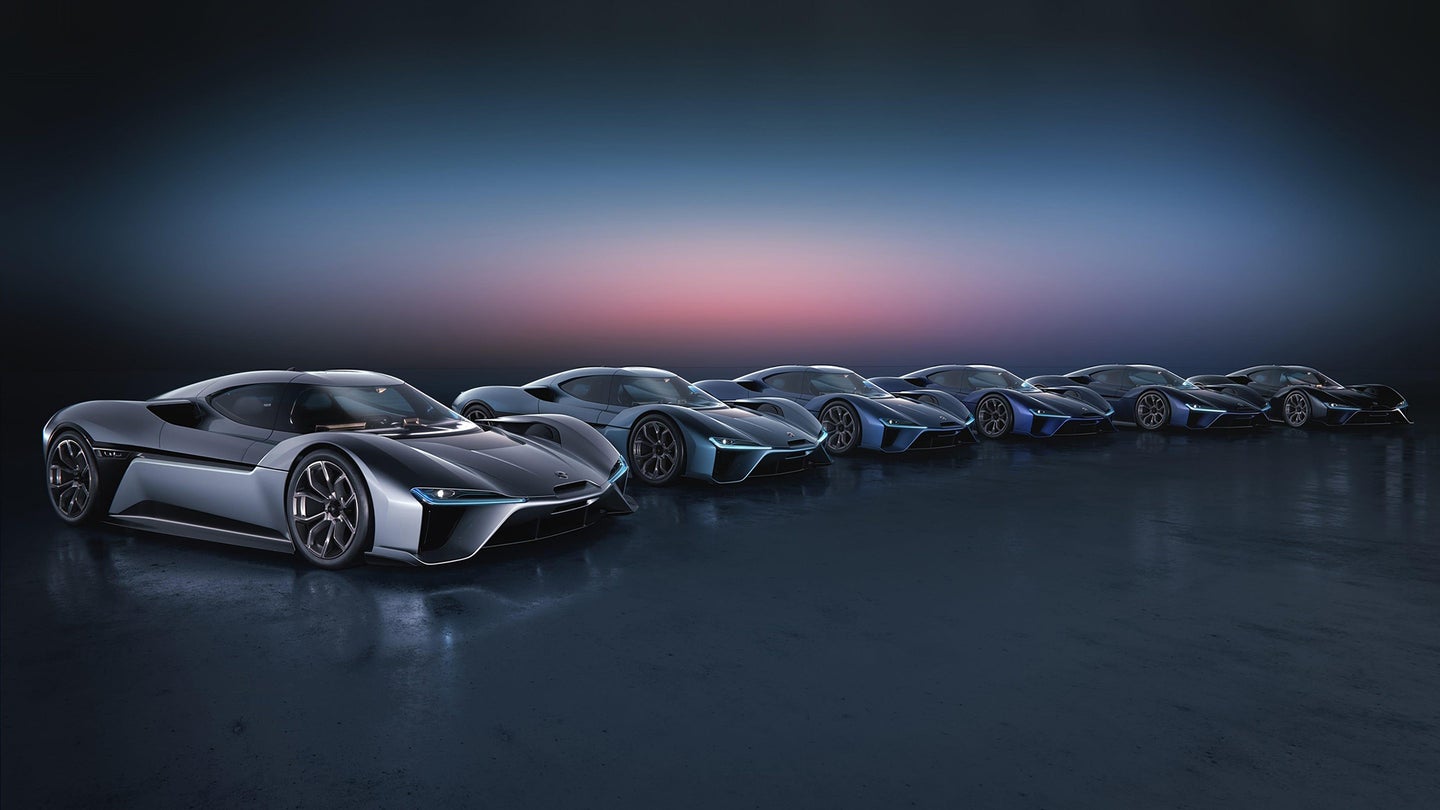 If there happen to be any environmentally-conscious millionaires with a penchant for super-exotic speed machines reading this right now...well, it's your lucky day. Chinese automaker Nio has announced it will sell an additional 10 examples of its EP9 electric hypercar—y'know, the car that currently holds the electric vehicle lap record at the Nurburgring Nordschleife.

Nio made the announcement on Wednesday night at the Shanghai Auto Show, according to Motor Authority, at the same event where the carmaker showed off its new ES8 crossover.

The Nio EP9 at first seemed like just another entry in the world's long list of futuristic supercars that make big promises but fail to deliver. Unlike most, however, the EP9 seems to have proved itself capable of cashing the checks it wrote—first with the video demonstrating the aforementioned 7:05.12 Nurburgring lap in October 2016, then by claiming sending an autonomous version around Texas's Circuit of the Americas in 2:40.33 in February of this year.

The car is powered by a quad of electric motors with a claimed combined output of one megawatt of power, which translates to 1,360 horsepower. Nio claims the EP9's aerodynamics package lets it pull 2.5 g's in corners and help it stop at up to 3.3 g's...two claims we hope the company gives us the chance to test firsthand.

Those 10 new copies of the Nurburgring-conquering EV—which will reportedly bring the world's total supply of Nio EP9s to 16–will each reportedly sell for $1.48 million. The also-all-electric Rimac Concept_One, which is about as close as the EP9 comes to having a direct competitor, reportedly sells for about two-thirds of that—but at these prices, who's counting?