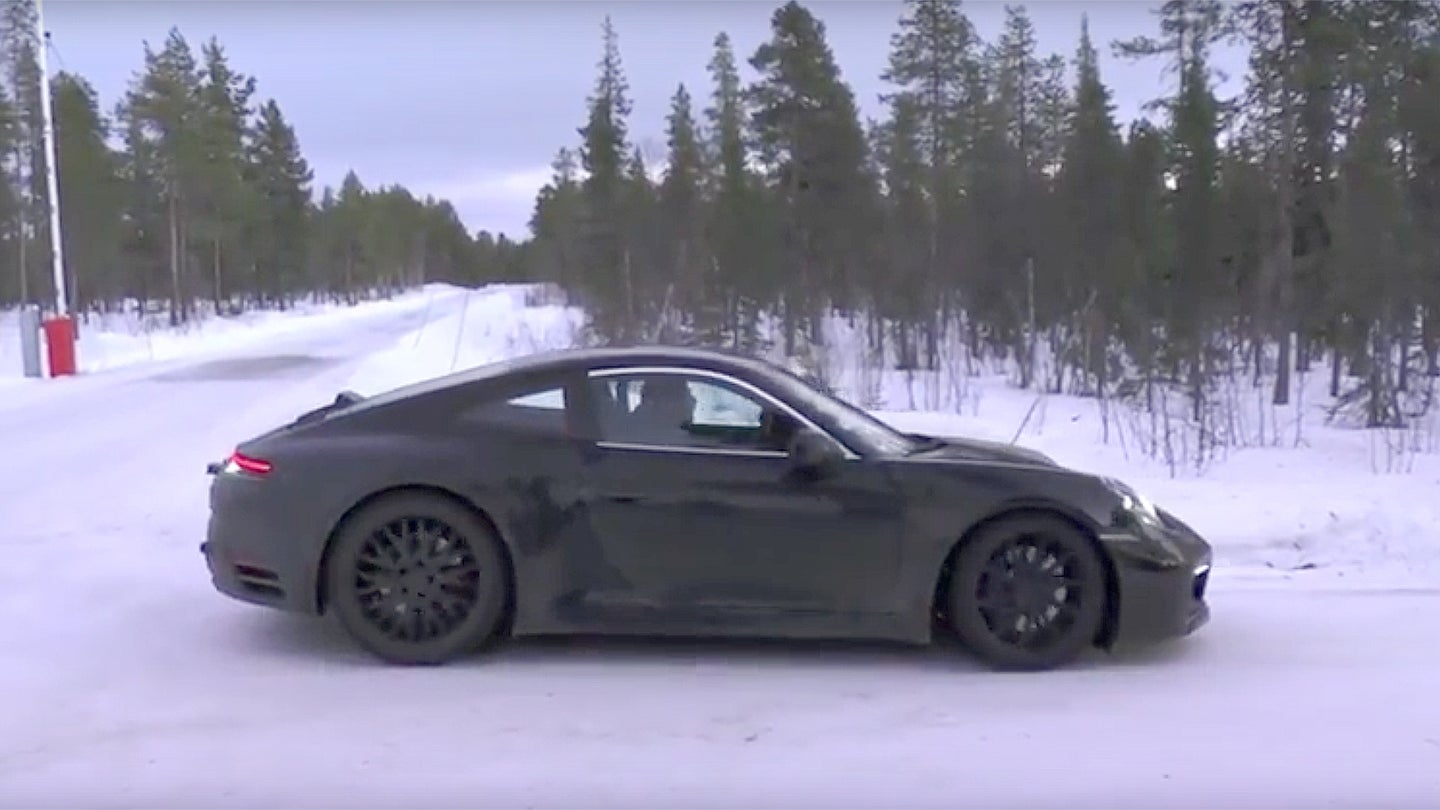 The current generation of the iconic Porsche 911—known as the 991.2 to true car nuts—is currently still sitting in the prime of its life cycle. The new 911 GT3 (with a stick, praise the Lord) was just revealed at the Geneva Motor Show earlier this month, and at least one additional model—the Turbo-based rear-wheel-drive 911 GT2—is expected to land before the existing 911 winds its way down to obsolescence somewhere around 2019.

But Porsche didn't become the sort of company that logs insane profit margins on every car it sells by sitting around picking its teeth by the fire. No, the German automotive powerhouse is already hard at work on the next generation of 911, which some people believe will be entirely comprised of turbocharged and hybridized models, and everyone with a brain assumes will be called the "992."

In fact, not only is development underway on the car, but test mules for the next-generation Porsche 911 have already been spotted undergoing the rigors of testing in the wintry realms of northern Europe.

While the car's body is still cloaked in heavy camouflage, it's still possible to make out a couple of details about this future Porsche sports car. Notably, there's a thin LED brake light stretching across the entire ass end that's quite reminiscent of the Mission E electric concept car; we're guessing that look will become a new staple of Porsche design.

As with the 991.2, the strakes over the rear-mounted engine are oriented front-to-back; unlike in that car the quad tailpipes seem to have been brought in towards the car's centerline, and the vents behind the rear wheels have grown. The C-pillar appears to have been changed, based on the camouflage mounted on it, and the retractable spoiler appears to have grown wide enough to encompass the entire back end.