You'll gladly sit through two hours of traffic just for the chance to open the Q60 up on some winding country roads. 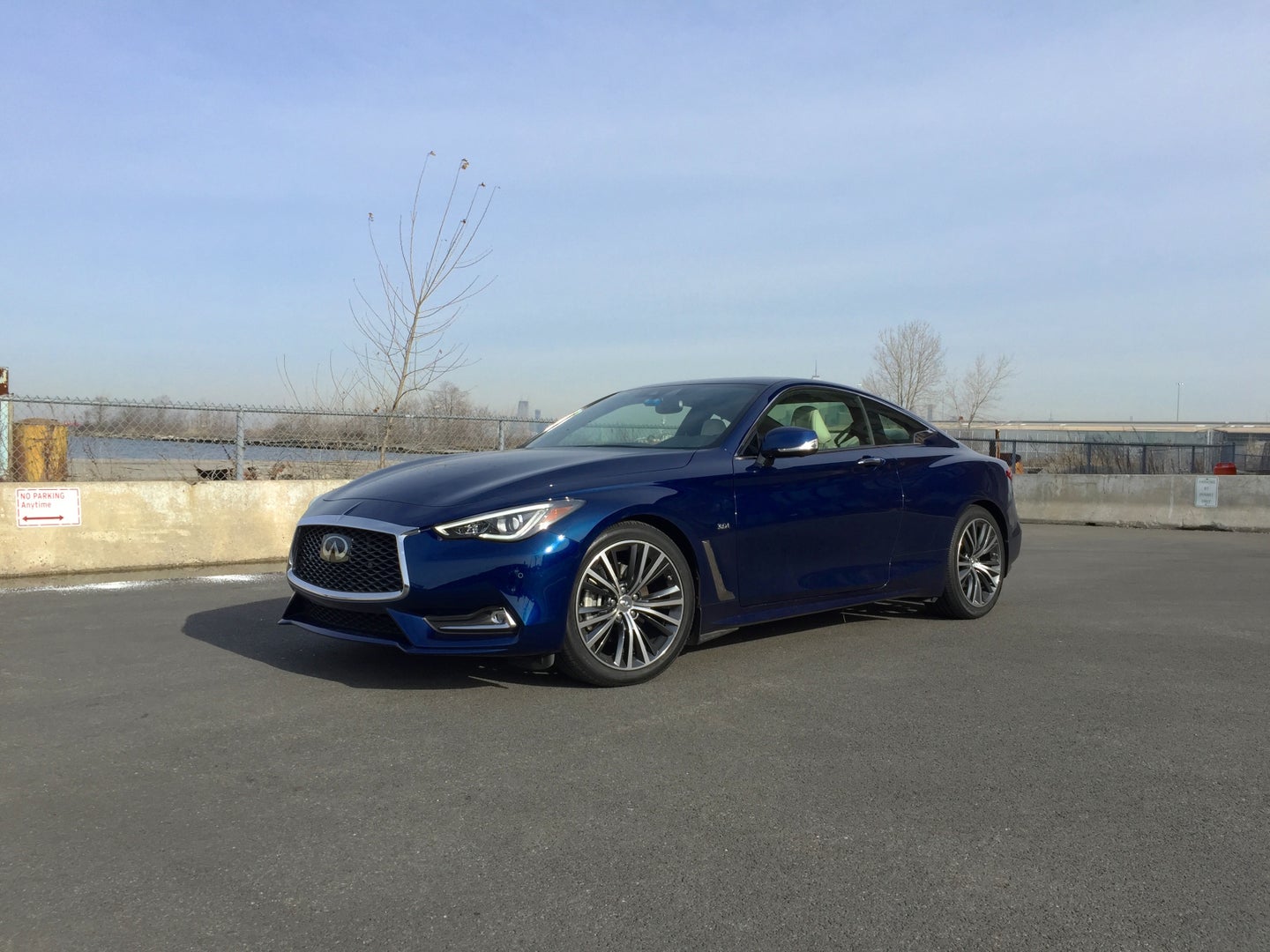 The Infiniti brand has always had a performance feel to it, but in recent years the majority of their lineup has felt detached from the driving experience (the recent addition of Red Sport being a notable exception). The 2017 Infiniti Q60 is here to change that. This sleek coupe has all the sporty lines and most of the performance to match. Weighing 3,727 lbs, the Q60’s 300 horsepower V6 boasts plenty of power and rarely leaves you itching for more.

Thanks to surprisingly smooth power delivery from a seven-speed automatic transmission, the Infiniti Q60 3.0t could be most appealing to the newly affluent early-30s guy who used to own a G35 coupe (used) and was an avid participant in his high school tuning club. That's a compliment, by the way. The sleek, sporty design and matching performance of the G35 brought a lot of younger buyers to Infiniti dealerships. Now, Infiniti has released the Q60 and the feeling returns—but thanks to an aggressive front end and standard aero bits, the desire to modify might stay dormant.

In order to test the real-world performance of the Q60, we took the coupe on the NYC highways and throughout Westchester County, NY. Even though this coupe has adjustable driving modes (thanks to Dynamic Digital Suspension), responsive steering feel, solid traction, and rear-wheel-drive, the whole package makes for a compelling commuter car. Still, spirited bursts were met with impressive handling and control.

THE FIRST THING YOU NOTICE

Well, you can chirp the tires without trying too hard. Infiniti elected to go with a rear-wheel-drive drivetrain paired to a 300-horsepower, 3.0-liter twin-turbocharged V6. This sporty configuration kept a grin on our faces as we put the Q60 through its paces, and allowed for sufficient throttle response during passing and initial acceleration.

The exhaust sound was lacking. The centered dual exhaust gave the Q60 an aggressive look, but the exhaust note disappointed those expectations.

The car is amazing at keeping you comfortable as you sprinkle a little excitement into your daily commute. The leather bucket seats cradle you as the firm suspension allows you to dig into a corner in Sport+ mode.

The infotainment system was less than desirable. Infiniti has always been a fan of two screens—though the reasoning is beyond us. None of the buttons are intuitive, and simple functions seem convoluted. Even after a couple days in the car, it remained a mystery as to what information populates what screen, and why. The back seats are also nonexistent, but we can't knock Infiniti too hard for that because we'd definitely complain if the car was any bigger.

I would buy this car in a heartbeat. It's drop-dead gorgeous, handles quite well, and is surprisingly quick off the line. I would most likely pass on the premium package, as I never found myself utilizing the features that accompanied it (heated steering wheel, Infiniti InTouch, etc).

The Infiniti G35 had a cult following in the tuner market, and you can still find them littering movie theater parking lots throughout the country. Although the Q60 3.0t reminds me a little of the G35, you don’t feel the urge to really modify it (except for maybe a better sounding exhaust). The Q60 is one of those cars you look at when you park and then quickly look again after your first ten paces.

In a world where luxury automakers are frequently putting 400+ horsepower V6s into their cars, the Q60’s 3.0-liter twin-turbocharged V6 cranks out 300 horsepower—but you don’t find yourself needing more. There's very little turbo lag inhibiting the coupe’s performance, and when going into a corner the car remained planted without leaving you with a harsh ride. Thumbs up.