The company rolled out a series of bespoke models at the Paris Motor Show. Here's your abridged guide. 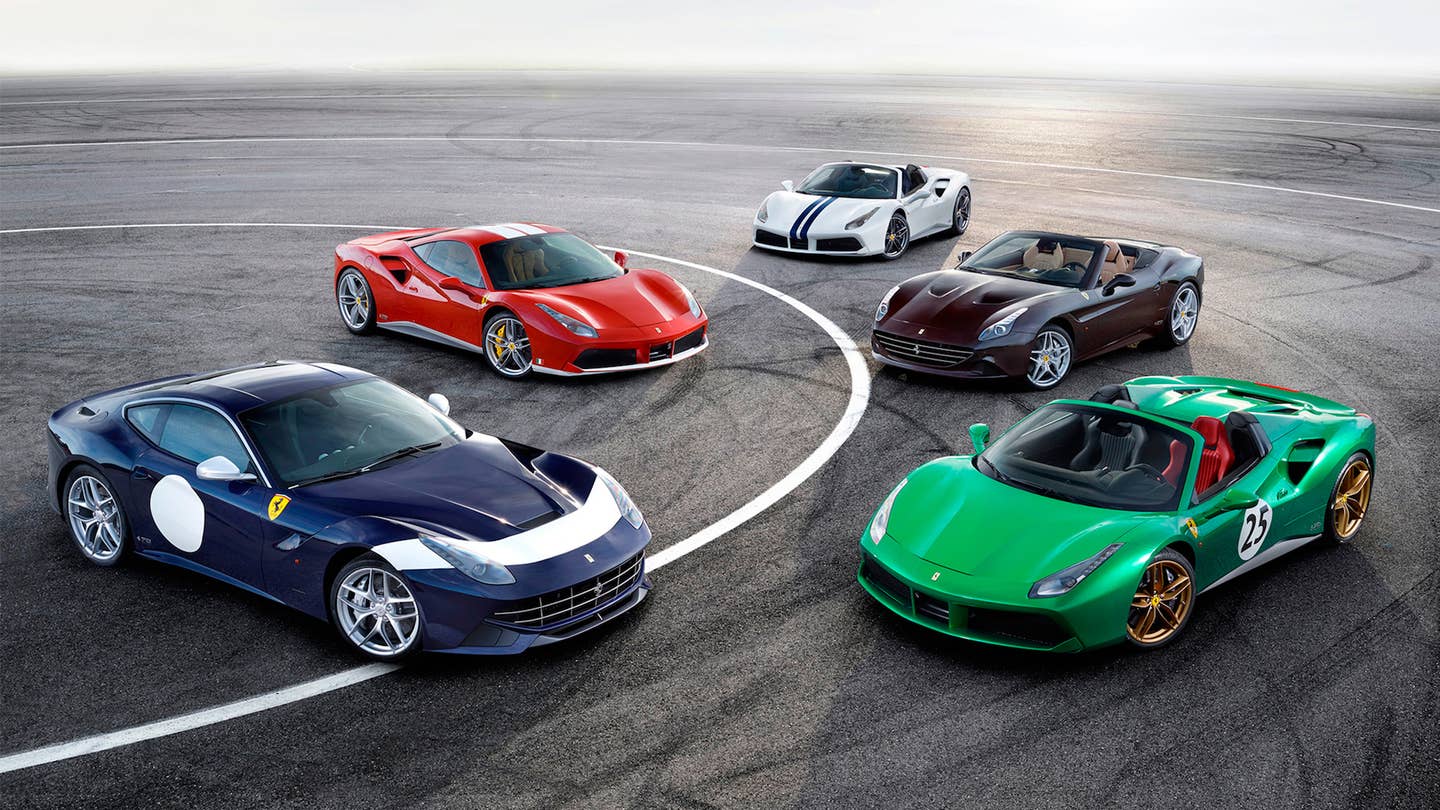 Ferrari’s stand at the 2016 Paris Motor Show was buzzing on Friday afternoon. The famed Italian marque wasn’t rolling out any all-new models, just the open-roof LaFerrari Aperta, but had a slew of special editions on display. Designed by Tailor Made, Ferrari's in-house bespoke department, the cars will be built to commemorate the brand’s 70th anniversary during the upcoming year. And while the details are a bit precious (five unique paint schemes, each sold in a quantity of 70 examples, per the occasion) the liveries themselves, the stories behind them, are actually pretty neat. Here’s your abridged guide to all the special edition Ferraris in Paris.

Designed to ape Ferrari's F2003 Formula 1 car. That year, Schumi recorded one the most dominant seasons in the sport's history, winning seven Grands Prix en route to capturing both the Drivers’ and Constructors’ World Championships. Arguably the Scuderia’s finest hour during the modern racing era.

The tamest of the bunch. Unique brown paint and a camel leather interior, matching the 1963 250 GT Berlinetta Lusso that McQueen’s first wife, Neile Adams, famously gifted the actor in his heyday. He drove it around for four years, making it one of the man’s (many) four-wheel trademarks.

Yes, that Stirling: Moss won the ’61 Tourist Trophy in a 250 GT Berlinetta SWB. This car, like that one, rocks a deep blue paint job, contrasted by racing a fat white horizontal nose stripe and, crucially, white meatballs on the doors.

Love it or hate it deal. Gussied up as an homage to David Piper’s 365 P2, the privateer car that won a series of showcase races during the mid-Sixties. Note the contrasting red/black front seats. Also the 20-inch bronze wheels, which had people talking.

Classy as all get-out. The open-roof 488 is inspired by the 1953 375 MM, bodied by Ferrari’s favorite coachbuilder, in a three-layer “Bianco Italia” exterior treatment. This one's a subtle tribute.