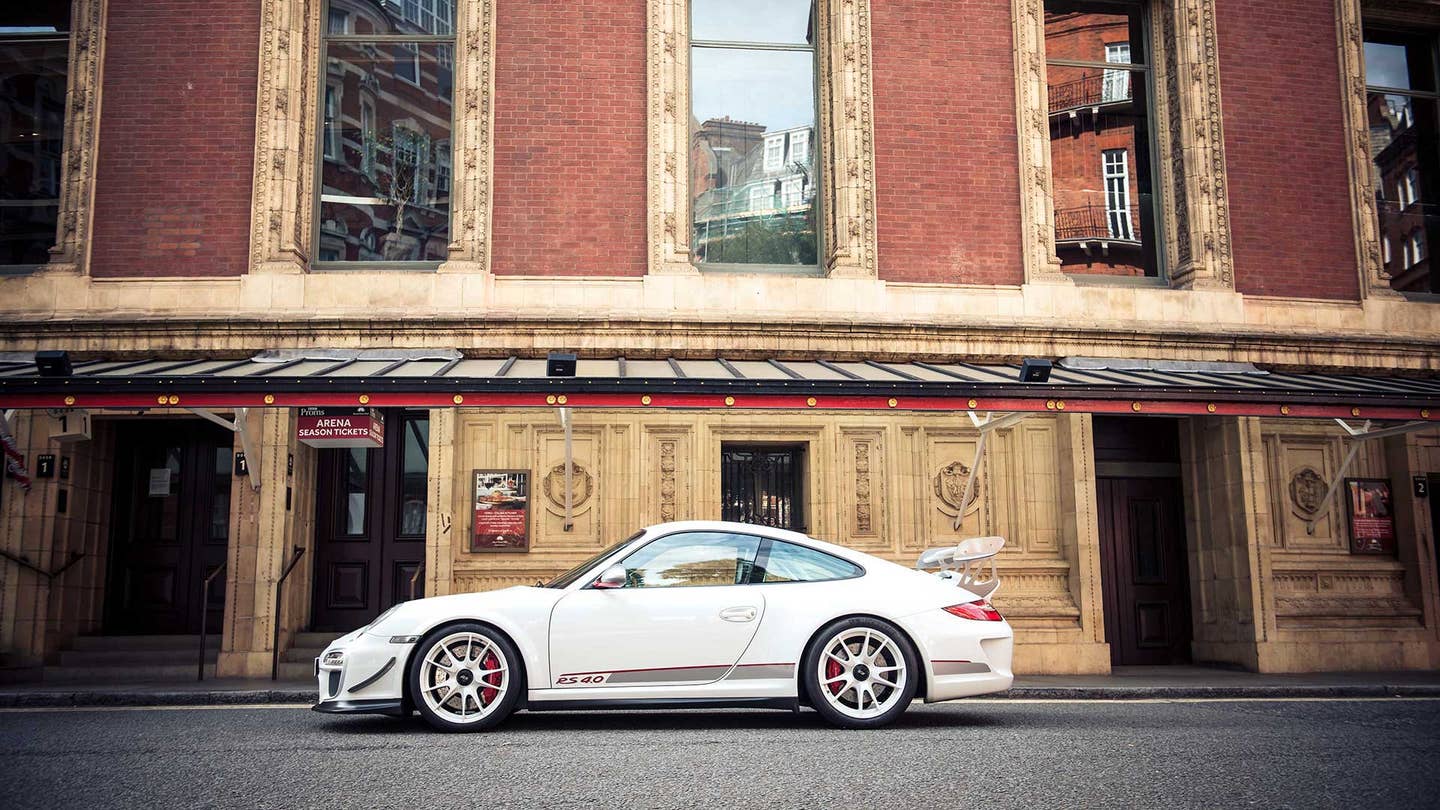 According to reports from Car and Driver and Road & Track, a limited-edition version of the Porsche 911 GT3 is coming. It’ll be a wingless warrior, on narrower tires and with 500 horsepower. Rather than a race-spec version of the 911, this is intended to be a road-going purist special: 3.8-liter flat-six, no turbo and a lighter curb weight. Manual only.

It’ll be called it the 911 R. Porsche guys will call it the messiah.

Why? The new GT3 is a howitzer, but it’s still not entirely comfortable in its own skin. The rest of the 911 lineup, too, is beginning to look a bit unfamiliar. Electric steering, forced induction, clever differentials, traction management systems, and dual-clutch gearboxes. All for more efficiency, more speed. We've even seen the return of rear-wheel steering, that Eighties Japanese coupe standby—agility, once the result of weight savings, is now programmed in. Andreas Preuninger, boss of Porsche's GT program, is up front about it.

“Technology outperforms the weight,” he says.

But if the R does come to fruition, it’ll reinstate the 911 atop the Porsche pile. Because, make no mistake, there’ve been murmurs. That the Cayman is the real “driver’s car” of the litter; that an optioned-out Boxster, as a value proposition, is better than a stripper Carrera. This car will stamp out the mutiny and serve the last subset of Old School Porsche guys, the real holdouts.

Because, high-volume SUVs be damned, those guys are the lifeblood of Porsche. The folks who refuse to give up the keys to their air-cooled 993 “basket-handle.” The guy who vowed his Metzger-engine 997 GT3 would be the last Porsche to grace his garage. The hundreds of people who snapped up the Cayman GT4, making it a near-instantaneous sell-out. Engagement and involvement is the common theme for each—the sense that you're driving, not riding. As far as brand identity goes, a back-to-basics 911 is exactly what Porsche needs.

Leaving issues of scarcity (expect only 600 examples) and bragging rights aside, the 911 R promises to be an epic drive. If and when it emerges, likely around the Geneva show in March, it could prove that what we wanted most from Porsche was actually less.