Critic's Notebook takeaway: A testament to the power (and potential) of change. 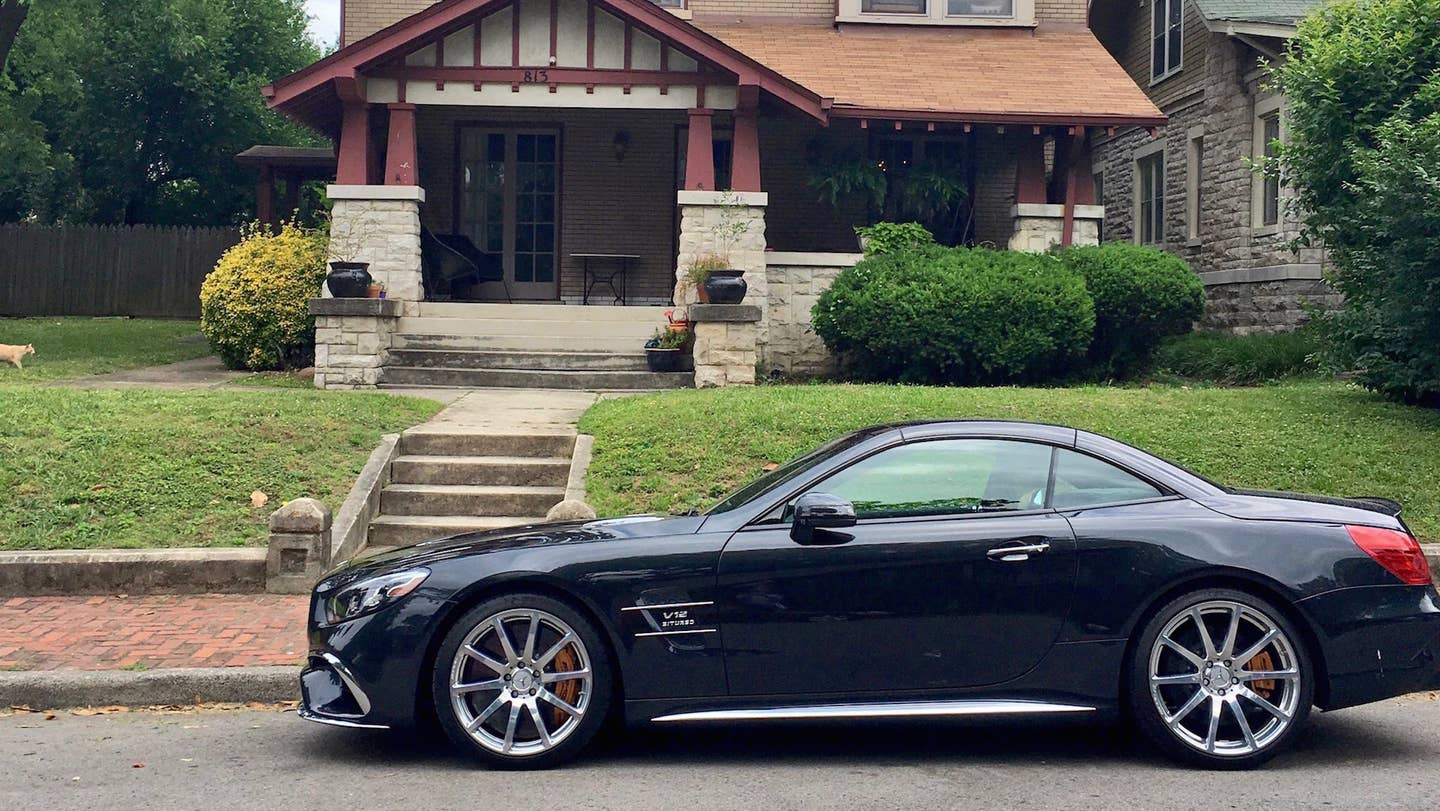 Welcome to Critic's Notebook, a quick and off-the-cuff collection of impressions, jottings, and marginalia on whatever The Drive writers happen to be driving. Today's edition: The Mercedes-AMG SL63 and SL65.

Mercedes has been making Sport Licht vehicles uninterrupted since the 1950s, making the nameplate one of the most venerable in automotive history. For the entirety of that sixty-plus-year period, these cars have been technological and mechanical marvels, exemplars of advanced engineering and always among the first to introduce features that have since become standard in the industry. For the great majority of this time, these cars have also been achingly beautiful, or at least stunning and imposing. Sadly, the most recent car, internally code named R231 and in production since 2012, was not a looker.

Fortunately, a heavy refresh—seen here on both of these cars—has helped resolve some of these problems, at least around the front end. (The rear three-quarter view, and top-up roofline, is still quite dissonant, especially around the tumblehome and the trunk.) We have Benz design director Gorden Wagener to thank for that; Wagner has taken it as his mission not only to bring coherence and consistency to the Mercedes lineup, but to overtly seek out a restrained and elegant design identity reflective of the glory days of Bruno Sacco’s understated W201, W124, and W126 vehicles—a generally agreed upon pinnacle in M-B’s recent history. Sadly, there was only so much ironing out Wagener could do on the cursed creases in the contemporary SL.

You don’t see much of the outside when you’re behind the wheel, just some delightfully long prow, and, on these outrageously potent twin-turbo V8 and V12 AMG versions, some hashtag-shaped carbon fiber hood vents that are as necessary to expel hot air from the bay as are the nostrils on Khaleesi’s dragons. Also like a dragon, these beasts are thrusty and maleficent when summoned, mild and retiring when cruising. They can roast me any time

Unlike in the hard-riding AMG GT-S, every moment feels coddled and conditioned, from the compliant and massaging (and heated, and cooled, and neck-warming) seats, to the friendly motor that caddies the retracted roof—and the fiberboard barrier that protects your luggage—out of your way when you power open the trunk. Everything comes to hand; all of the materials are top notch, even if some of them are made from plasti...er, carbon fiber, and some of them, like the COMAND infotainment screen, feel about as “dated” as an iPhone 4. (Curse you, inexorable technological progress!) In five hundred miles of motoring through New York and Nashville I never once tired of being inside these cars—a fatigue I find I’m far more prone to these days.

After time in both vehicles, what I looked forward to most was the next SL. Mercedes has been keen on reducing bloat, both in terms of mass and extraneous design elements, and enhancing utilizable and innovative technology in their current lineup. The SL, despite its significant front-end refresh, is now the oldest design in the brand’s arsenal. (No, the G-Wagen doesn’t count. It is not a vehicle, it's an anachronism.) I can hardly wait the requisite year or two before the seventh iteration of this classic is shown with its new, fully Wagener-ized appearance, and what will likely be the most sophisticated suite of autonomous driver’s aids on the planet. Please, let it be beautiful.