Is FCA's Italian romance doomed from the start? 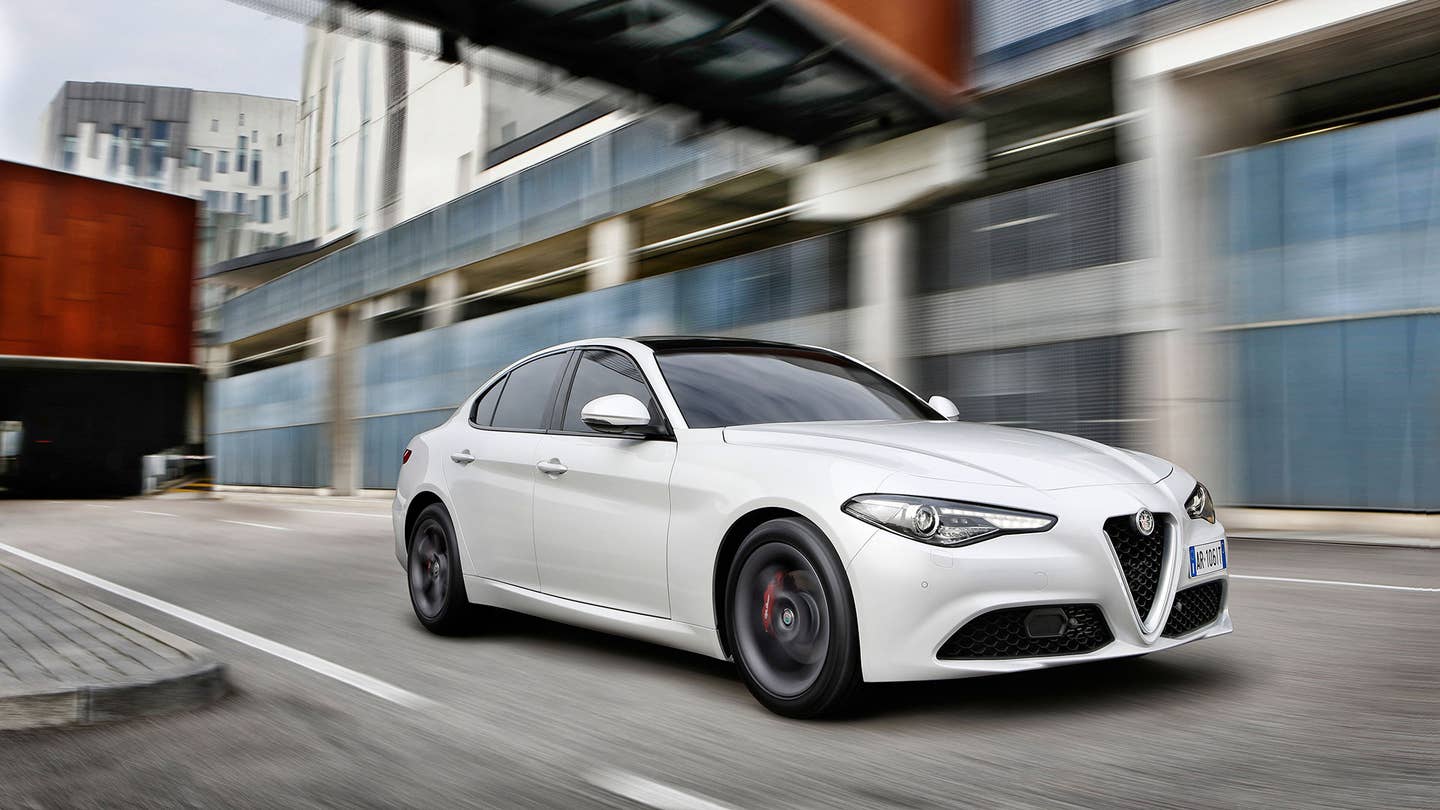 The Alfa Romeo Giulia – long-awaited, then awaited some more – is finally rolling off the assembly line in Lazio, Italy. The curvaceous sport sedan is on track to reach America this fall, initially in 505-horsepower Quadrifoglio guise.

So why can’t I shake the feeling that Alfa Romeo, and its Fiat Chrysler parent, is about to gets its ass kicked? You’d think a $7 billion investment in the brand and a grand (if Quixotic) plan to sell 150,000 Alfas annually in North America by 2018 would shore up confidence. And I’m definitely eager to drive the Giulia to see how it stacks up against sport sedans from BMW, Audi, Mercedes, Cadillac and Jaguar.

But after being strung along by Alfa for years, falling for every empty promise, I’ve mostly stopped caring. The brand departed America 21 years ago, and its serial crying-wolf insistence that it was coming back descended into farce.

Americans don’t like to wait for hot McNuggets, let alone an overpriced Italian four-door whose twin-turbo V6 Quadrifoglio edition should top $70,000. Alfa has yet to price or specify exactly when we’ll see the higher-volume Giulias, with a 276-horsepower turbo four. But I’m convinced even that car will nudge $50,000 when options are tallied, as pricey as a BMW 3-Series or Mercedes C-Class with decisively more power.

Even Jaguar, with a huge jump on Alfa and a spectacularly revived lineup, has failed to dent the luxury sales charts. Jaguar’s new compact XE sedan and F-Pace crossover are drawing raves, and both will beat Alfa’s respective sedan and SUV offerings to market, the latter by at least a year. In other words, Alfa is the underdog to the underdog. I see even 5,000 sales as optimistic for the Giulia’s first year, with a fall off once the initial cult of Alfisti is taken care of. It’s hard to see those numbers justifying ongoing brand investment – in design, manufacturing, dealers, marketing, service – in a segment in which BMW alone can move 100,000 3-Series in a good year.

Many Alfa dealers, of course, remain bullish on the brand.

Steven Wolf, owner Helfman Fiat Alfa Romeo Maserati in Houston, acknowledges a stiff challenge against established brands like BMW and Benz, but he said can make the franchise work.

“When you’re competing with those nameplates, you’d better be in it to win it,” Wolf says. “We have to bring our A game.”

Wolf says he’s getting a ton of phone calls about the Giulia, whose Italian style and fizzy performance could make it a refreshing sport-sedan alternative.

“Some people are tired of their Mercedes, tired of Lexus, and they want something different,” Wolf says.

Wolf was confident enough to double down. He’s opening another Alfa Romeo-Maserati store across town in Houston’s Sugarland area, roughly in time for the Giulia’s promised fall arrival.

“Sergio (Marchionne, the FCA Chairman) talked about ‘A promise for a promise,’” Wolf says. “We built the facility, and that’s my promise to him. His promise is to build an exciting, fun-to-drive car, with great quality and priced right.”

I wish Wolf and other dealers well. And don’t misunderstand: I root for Italian cars the way I root for New York, Neoplitan-style-pizza. Both could upgrade the lives of Americans who subsist on flavorless Toyotas and Papa John’s. And God knows we could use more choices in luxury and performance cars, including Italian models with their sensuous, inimitable style and sound.

"Quadrifoglio," by the way, refers to the symbol associated with Alfa Romeo for nearly a century. It was first affixed to an Alfa by Ugo Sivocci, a usually star-crossed racer (and driving partner of Enzo Ferrari and Alberto Ascari) who painted a four-wheel-clover symbol on his car -- and promptly won the 1923 Targa Florio.

I hope Alfa Romeo has a warehouse full of those Quadrifoglios. They're going to need all the luck they can get.