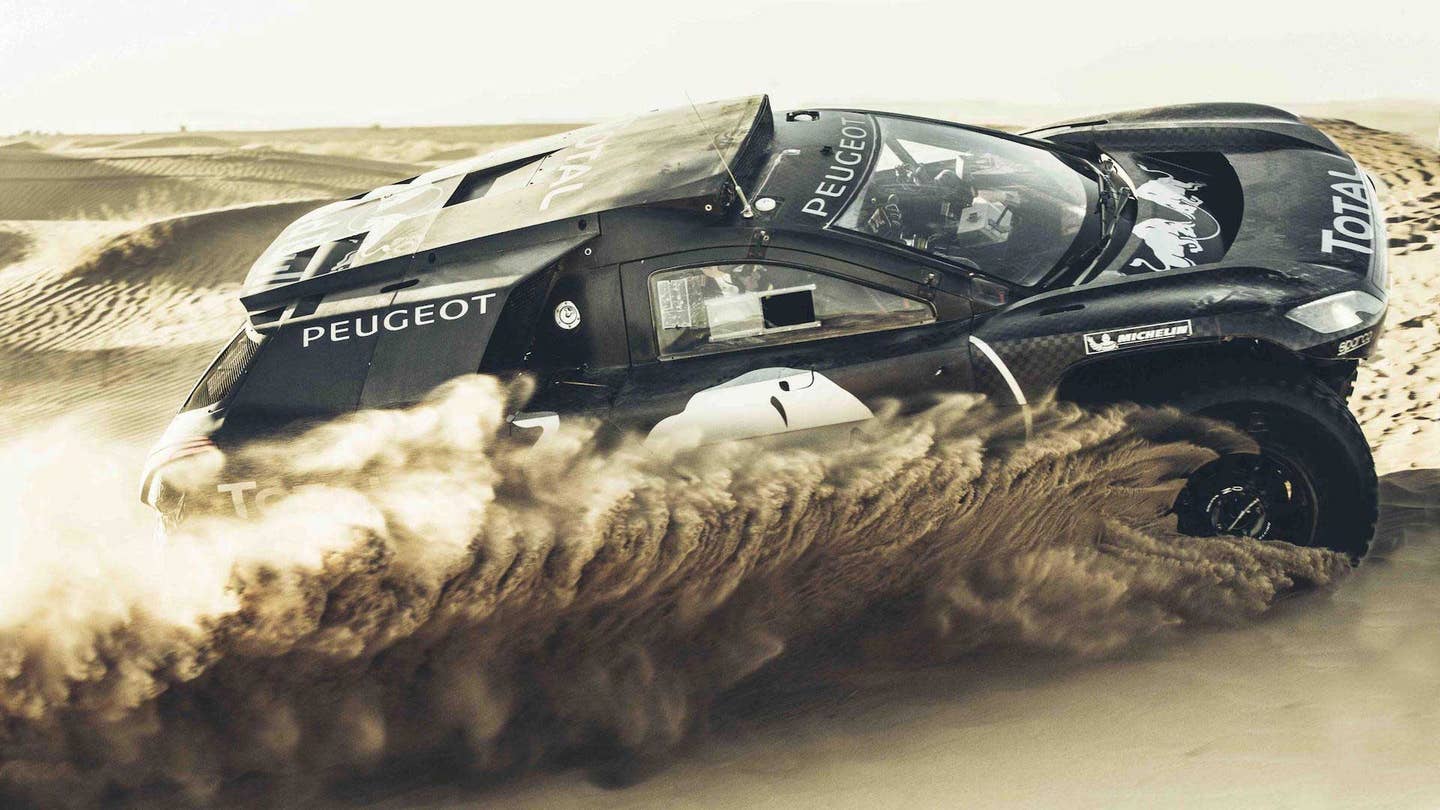 During the late Eighties, Peugeot was a Dakar Rally powerhouse. The French automaker collected three consecutive titles before withdrawing in 1990. Last year, after a quarter-century out of the game, Peugeot returned to Dakar competition. There was a lot of hype. The truck, dubbed 2008 DKR, finished outside the top ten. It was…awkward.

That’s because it’s an evolution of last year’s truck. Not that you’d know it, though. The thing’s been lengthened and widened by 7.8 inches, with shorter overhangs, heavily revised aero and new roof air intakes. The powertrain is still a beefy twin-turbo diesel V6, putting out 350 hp and 590 lb-ft. But the biggest news is that Peugeot has decided to continue utilizing a rear-wheel-drive configuration, instead of switching to four-wheel-drive.

Can this refreshed 2008 DKR can return Peugeot to Dakar glory? We’ll find out in January.