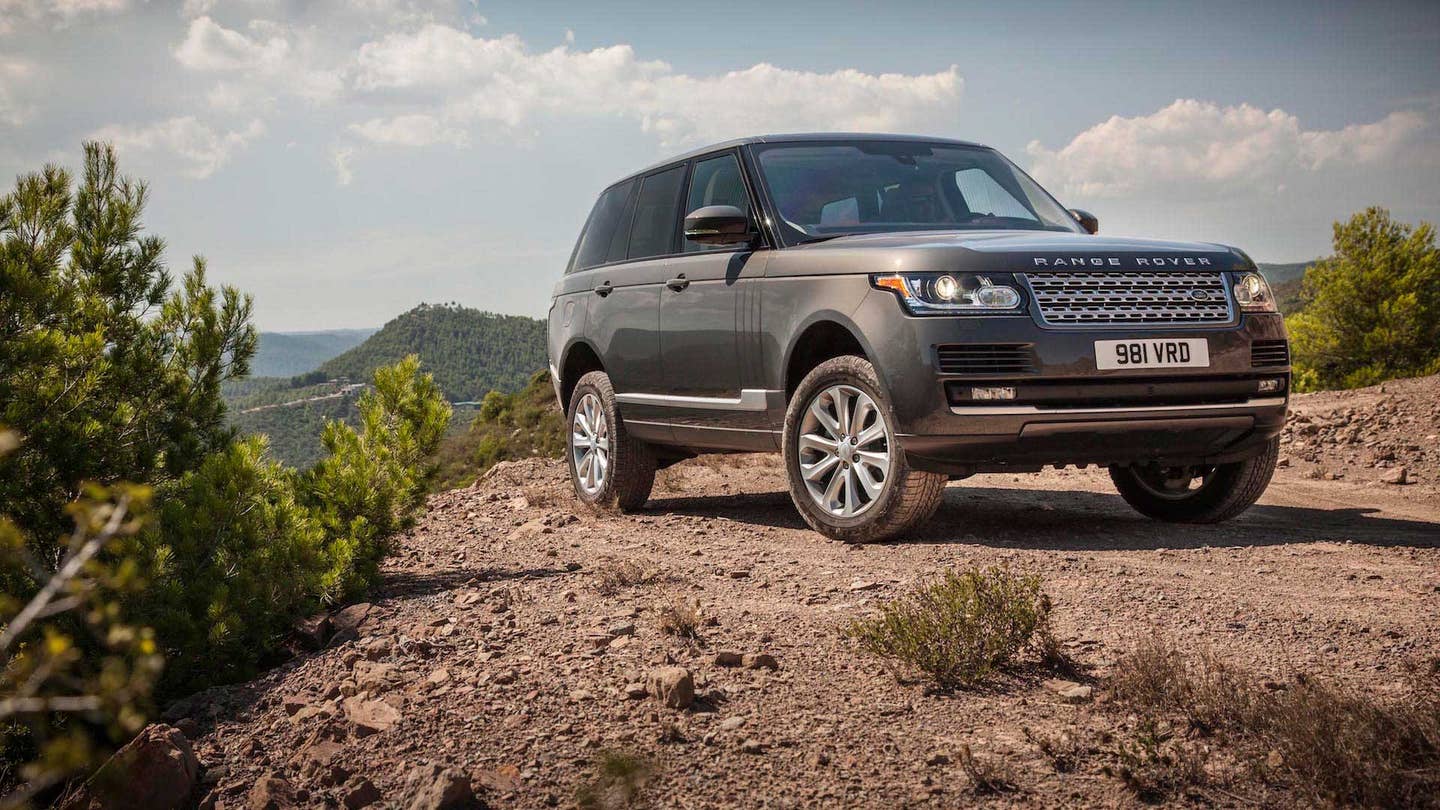 During development of the new Range Rover Td6 and Range Rover Sport Td6, engineers held a hydrocarbon Pepsi Challenge of sorts. Land Rover says it put roughly 100 Americans behind the wheel, and claims not one guessed they were driving a diesel. The more this engine can hide its identity, its cantankerous roots and crude-oily family history, the better. Diesel loyalists know that today’s engines are clean, powerful and quiet. But aside from a few Volkswagen geeks and pickup freaks, Americans don’t get diesels. Never have.

Stiff prices for diesel fuel have only worsened America’s diesel aversion, dampening the key incentive to switch from gasoline. Automakers and fanboys can talk big-ass torque, or tout engines with the endurance of Sting on a Tantric bender, all they like. But most buyers aren’t about to spend thousands extra—for the Jeep Grand Cherokee diesel, an insane $5,000 extra—to pocket chump change in fuel.

(That said, Range Rover diesel buyers who log 12,000 miles should pocket about $600 annually versus the gasoline V6 model. They’ll save closer to $1,000 a year compared with the V8.)

The math, in this case, is simpler: If you’re psychically and financially predisposed to spend $67,445 for the diesel Rover Sport, or $87,445 for the Range Rover, the baked-in $1,500 premium for the diesel should barely register on your mental bank account.

Officially, the Rovers offer a frugal 29 highway mpg, 25 mpg in city and highway combined. Like most current diesels, they can top those ratings in the real world. After testing the new Jaguar XF on a racetrack in Navarra, I took the Rover Sport Td6 for a rendezvous with the up-and-coming winemakers of the Tierra de Leon region. Over the initial cruise, the Rover Sport Td6 returned an impressive 31 mpg; then spent the rest of the trip flicking Euro compacts from its path at 110 mph, and still ended up at 23 mpg. Apply a feathery foot, and these 2.5-ton beasts will top 650 highway miles on a 23.3-gallon tank.

Rover figures that’s good enough to lure 15 to 20 percent of American buyers into a Td6—a far cry from the 90 percent tally for its diesels in Europe, but a decent foot in the door. Such optimism has Rover and Jaguar planning an American diesel option in every last car and truck model, save the Jaguar F-Type sports car. And the neighbors will never suspect that you’re pinching pennies. Rover’s fraternal twins feel as rich and formidable as ever.

That 3.0-liter turbodiesel, built for Rover at the Dagenham, U.K. plant of its former overlord Ford, gets a modest 245 horsepower but a cocksure 440 pound-feet of torque at just 1,750 rpm. The Rover Sport Td6 broaches 60 mph in 7.1 seconds. It’s 7.4 seconds for the heavier, non-Sport diesel Rover, only a few tenths behind versions with the supercharged gasoline V6.

The day after my excursion to Tierra de Leon, our Rover convoy starts out northwest from Gran Hotel La Florida in the hazy hills overlooking Barcelona. The strange, holy peaks of Monserrat soon rise in the east, its primeval formations looking like the Play Doh sculptures of a childlike God. Paddling through the Rover Sport’s eight forward gears, there’s no perceivable clatter from the diesel, the historical equivalent of a greasy beggar clanking change in his cup. Just to ensure safe aural, a laminate prophylactic wraps these SUV’s windshields. The engine hooks to dual-isolation mounts, and a reworked bulkhead also soothes unwanted decibels. These all work beautifully. 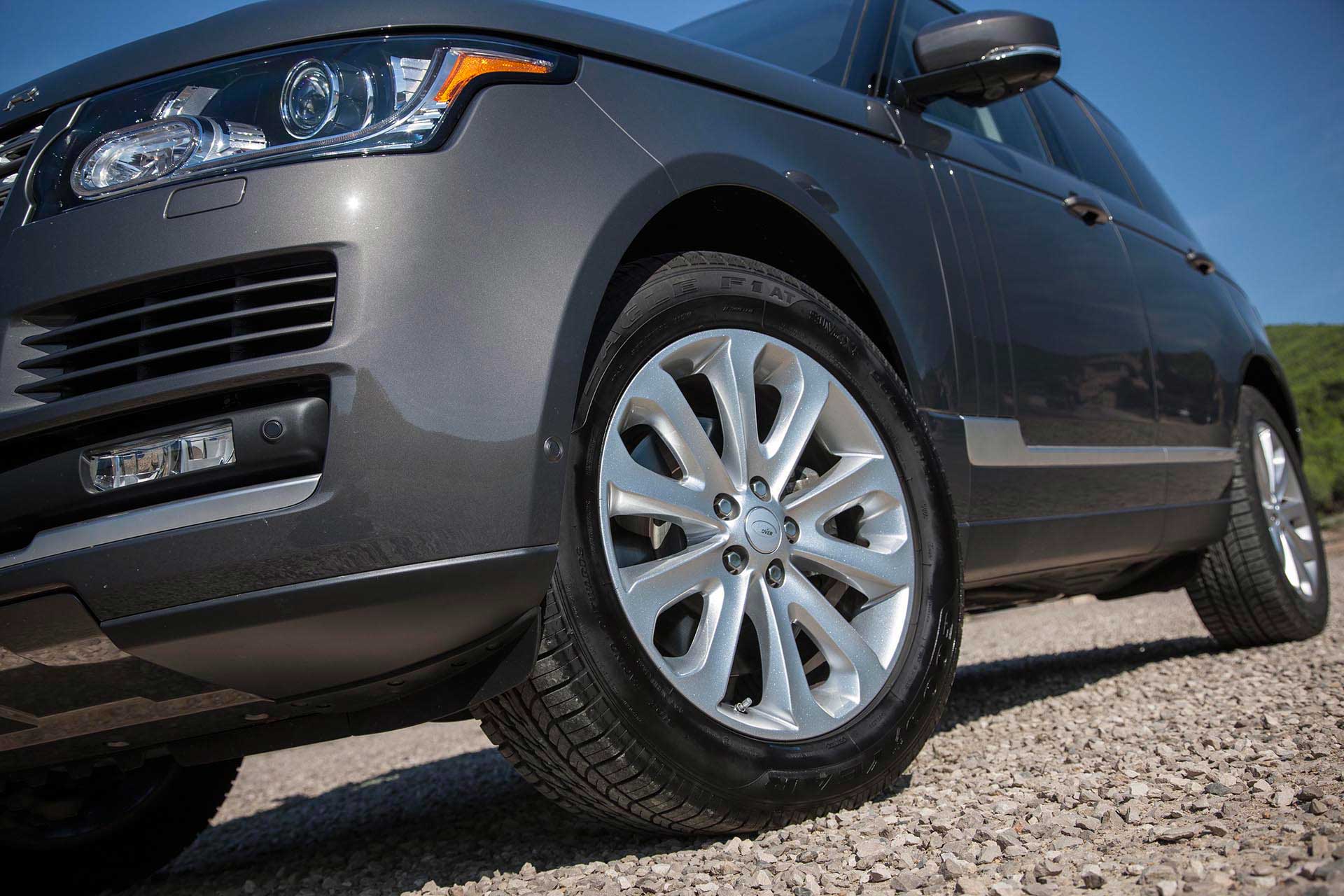 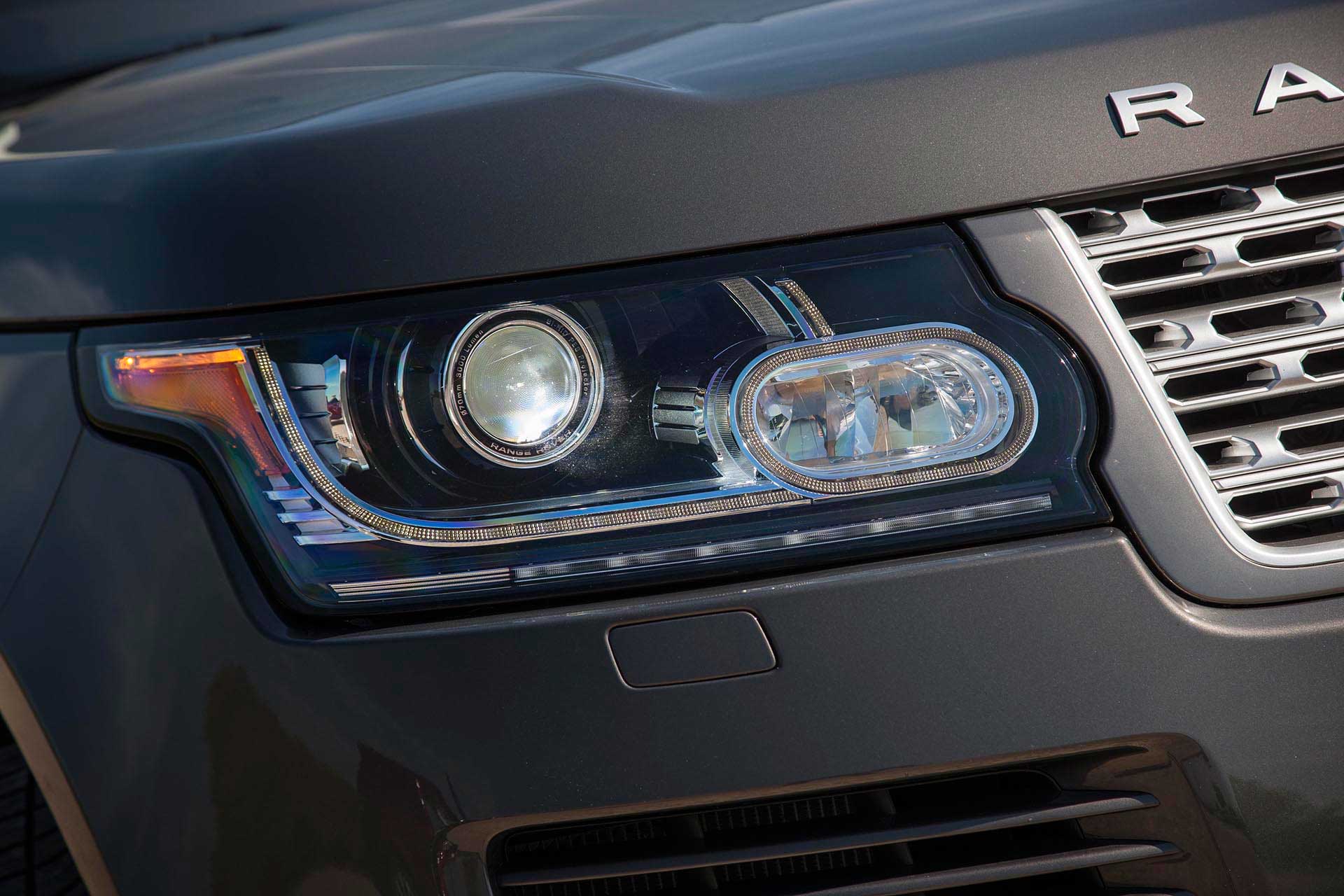 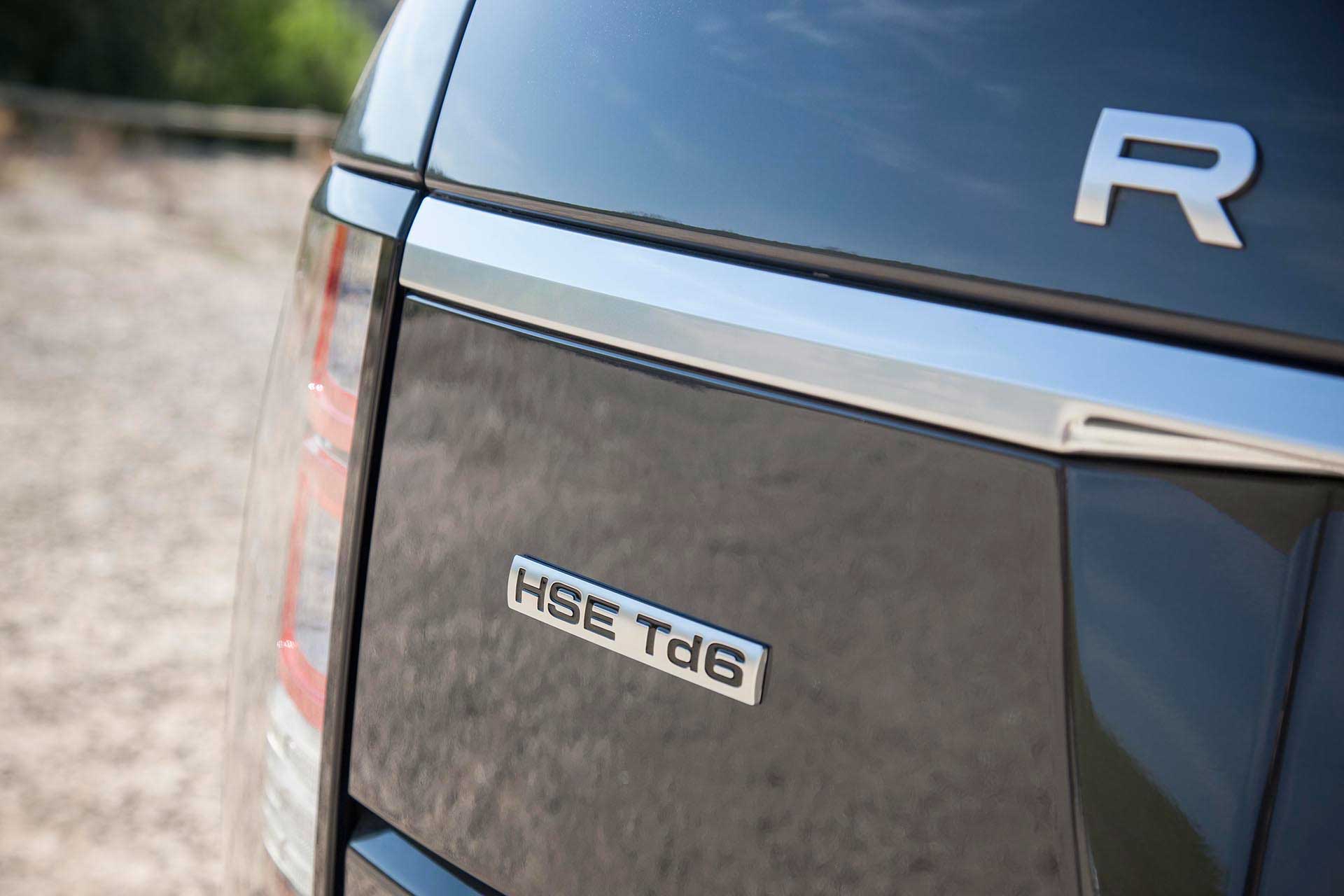 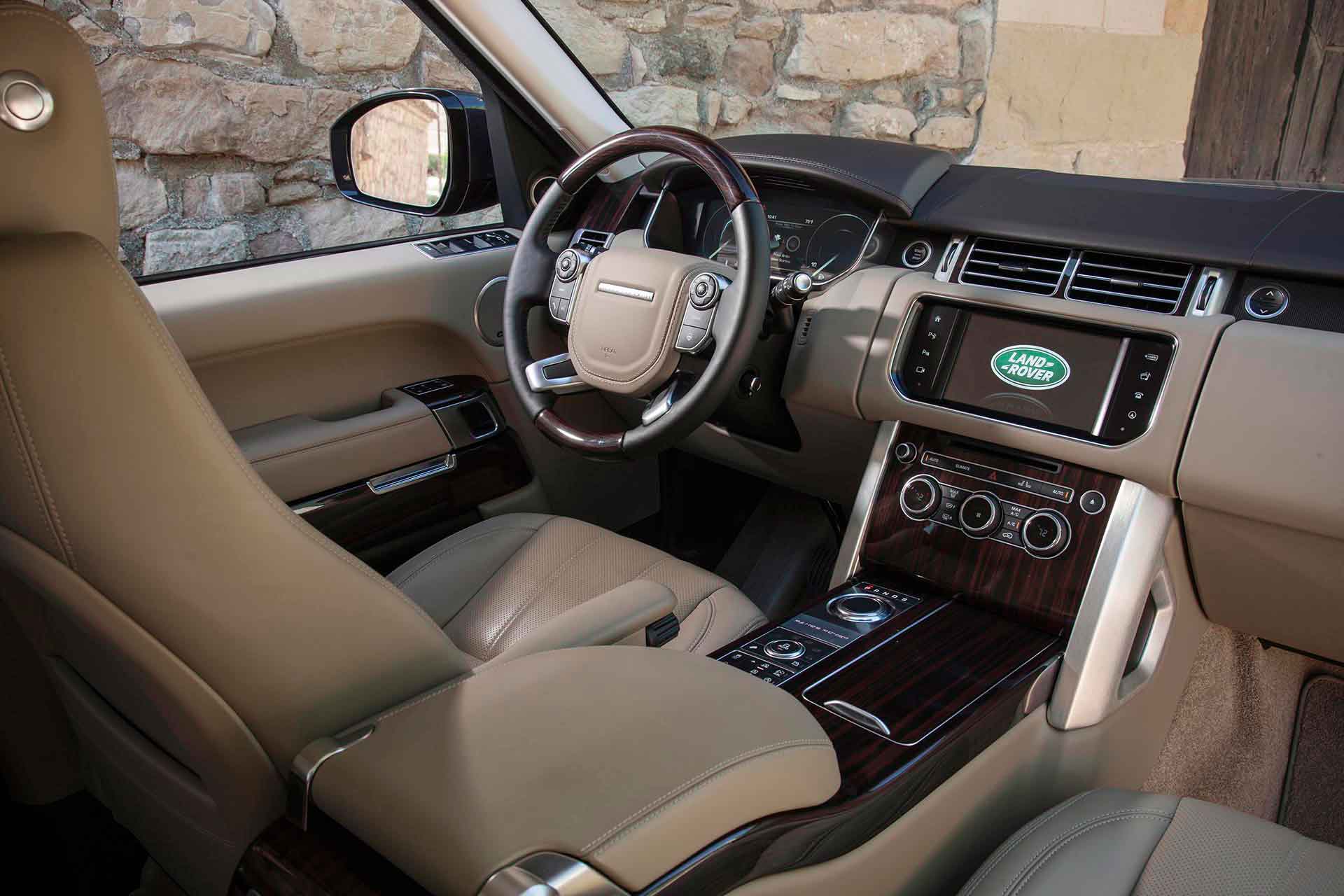 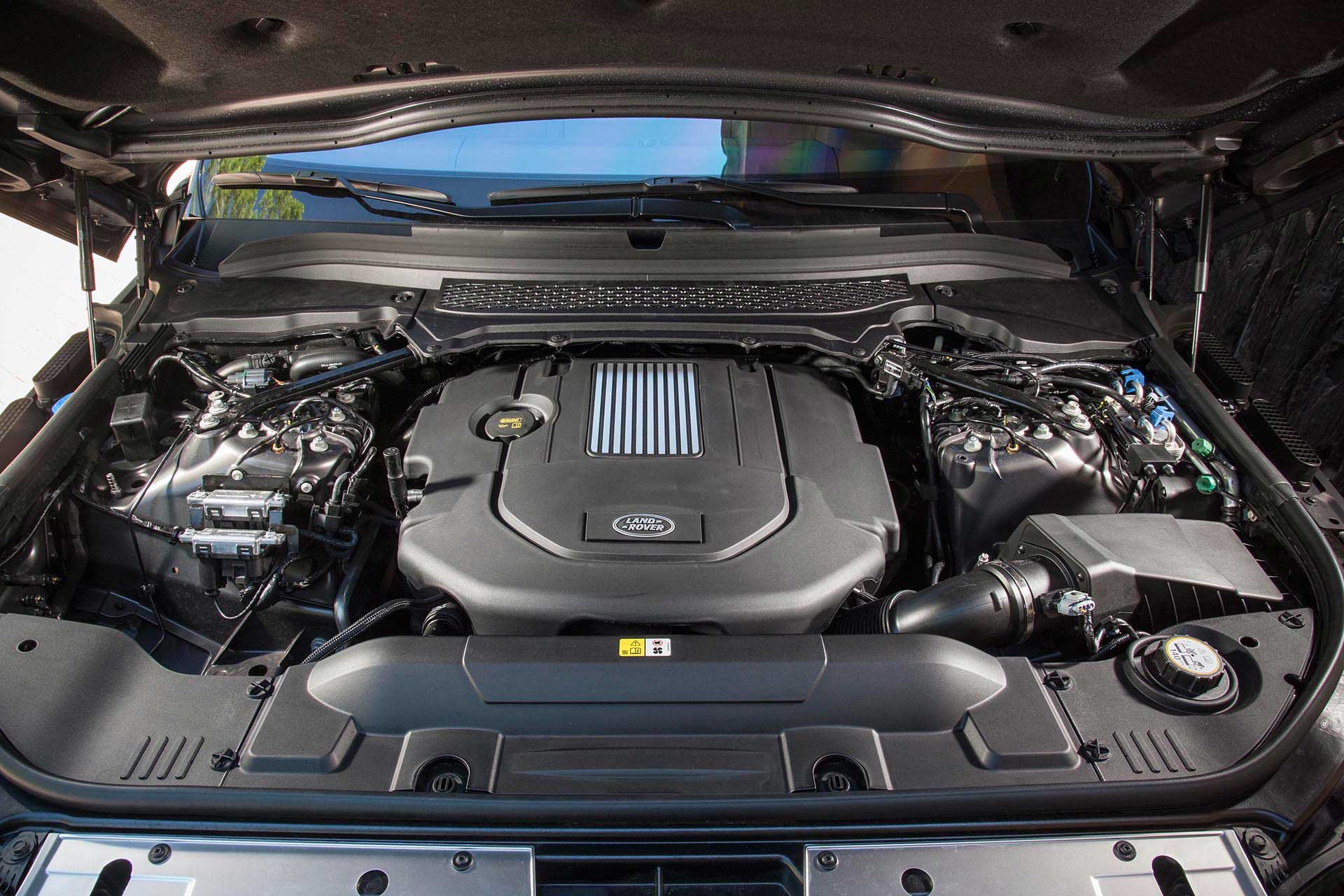 Today’s destination is Les Comes, one of 30 Land Rover Experience centers around the world, with 37 miles of off-road trails to promote the fantasy that Rover owners will subject their trucks or their Prada loafers to such abuse. It’s a veritable jungle gym for the Rovers to test their gymnastic skills and get nice and dirty before bath time restores their night-on-the-town glow.

The Vatican owned Les Comes and its vineyards in the 17th century, but no sign of the cross is required on its  boulder-strewn trails, thanks to the Rover’s peerless off-road skills. That includes a new system that lets the Rovers automatically walk themselves up hills as well as down. Drivers set their desired speed, up to 19 mph, via a steering-wheel button.

As we prepare to leave Les Comes’ dusty hills, the Rover Sport genuflects, automatically dropping its ride height for easy entry or cargo loading. Considering our surroundings, from the Benedictine monastery of Montserrat to Les Comes, it’s hard to avoid moral considerations: Verily, we confess that the majority of American buyers will continue to spring for the gasoline versions. But though giveaway gas prices are clouding the picture, don’t assume that wealthy people never care about conserving fuel or saving money. In the holy age of Tesla, Rover’s new diesels are the perfect indulgence for those who hope to salve their conscience without taking a vow of poverty.