The Rimac C_Two is here to melt your face off with its torque, and yes, it's safe for Richard Hammond to use.

Not even a year out from Richard Hammond's terrifying crash in the Concept_One, Croatian tech company Rimac Automobili has developed the sequel to its infamous electric hypercar. Unveiled at the Geneva Motor Show on Tuesday, the all-new Rimac C_Two hyper-EV takes everything great about its predecessor and dials it up to 11.

First the performance numbers, which are unsurprising considering how fast the Concept_One was. The C_Two rockets from zero to 60 mph in 1.85 seconds, zero to 100 mph in 4.3 seconds, and standstill to 186 mph in 11.8 seconds (adjusted for a one-foot rollout). It annihilates the quarter-mile in 9.1 seconds, and reaches a top speed of 258 mph.

These impressive stats come courtesy of an electric motor powering each wheel, bringing the C_Two's total power output to 1,888-horsepower and 1,700 pound-feet of torque. Thanks to this Rimac All-Wheel Torque Vectoring setup, the C_Two can seamlessly switch between all-wheel and rear-wheel drive if the driver so chooses.

The C_Two handles as well as it accelerates thanks to active aerodynamic flaps located on the hood and an auto-adjusting rear wing that doubles as an air-brake. Specially-designed wheels direct cool air to the massive 390-millimeter Brembo carbon-ceramic brakes, which complement the C_Two's powerful regenerative braking feature. Its chassis is made up of a carbon fiber monocoque shell, carbon fiber body, and aluminum crash structures, keeping the Rimac's weight down.

Despite its emphasis on unparalleled performance, the C_Two refuses to sacrifice comfort and practicality to achieve these numbers. An active lift system and double-wishbone suspension with electronically-adjustable dampers let the driver fine-tune the suspension to his or her optimal comfort level. The C_Two can drive 404 miles on a single charge (according to the NEDC), and charging the battery to 80 percent takes just 30 minutes.

Instead of unlocking the car with a regular key fob, the C_Two will open via facial recognition. Its cockpit is meant to combine simplicity with personalization, featuring just handful of physical controls and three customizable infotainment screens that can display whatever the driver wants.

Also note the fire extinguisher in the trunk, which reads "In case of hillclimb, extinguish fire," a clear jab at Richard Hammond and his fateful race in the Concept_One. In response to this detail, Hammond told DRIVETRIBE that he was happy about it. "I've always wanted to have a real influence in car design, and now I have," he said.

Each person who purchases one of the 150 C_Twos that Rimac is building will be invited to the brand's headquarters in Zagreb, Croatia, to have their car tailored to their liking. 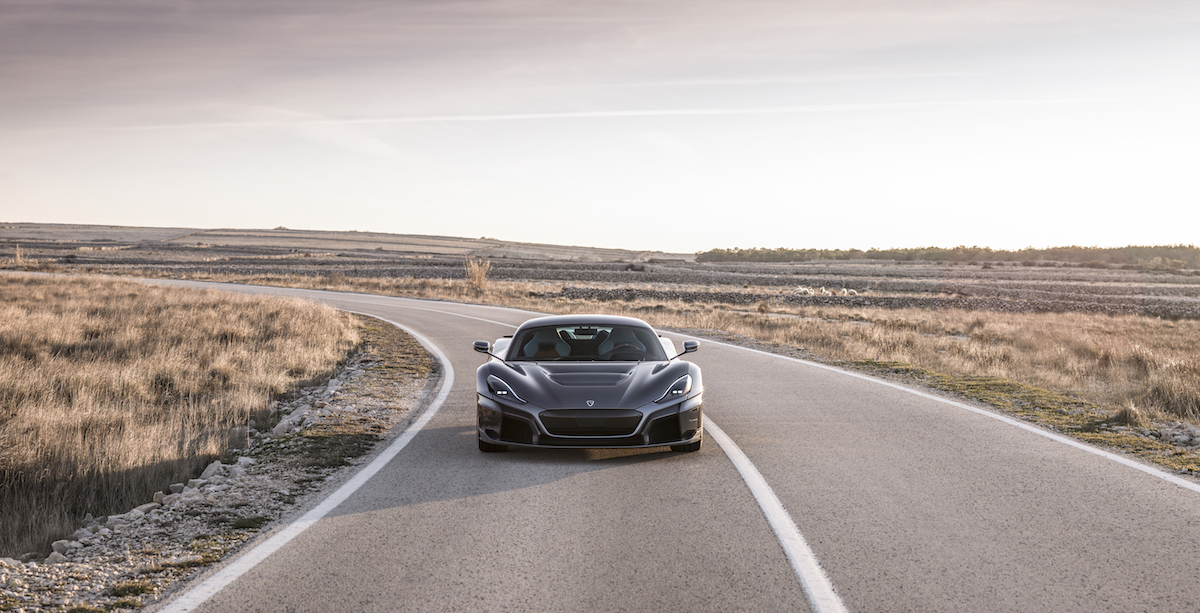 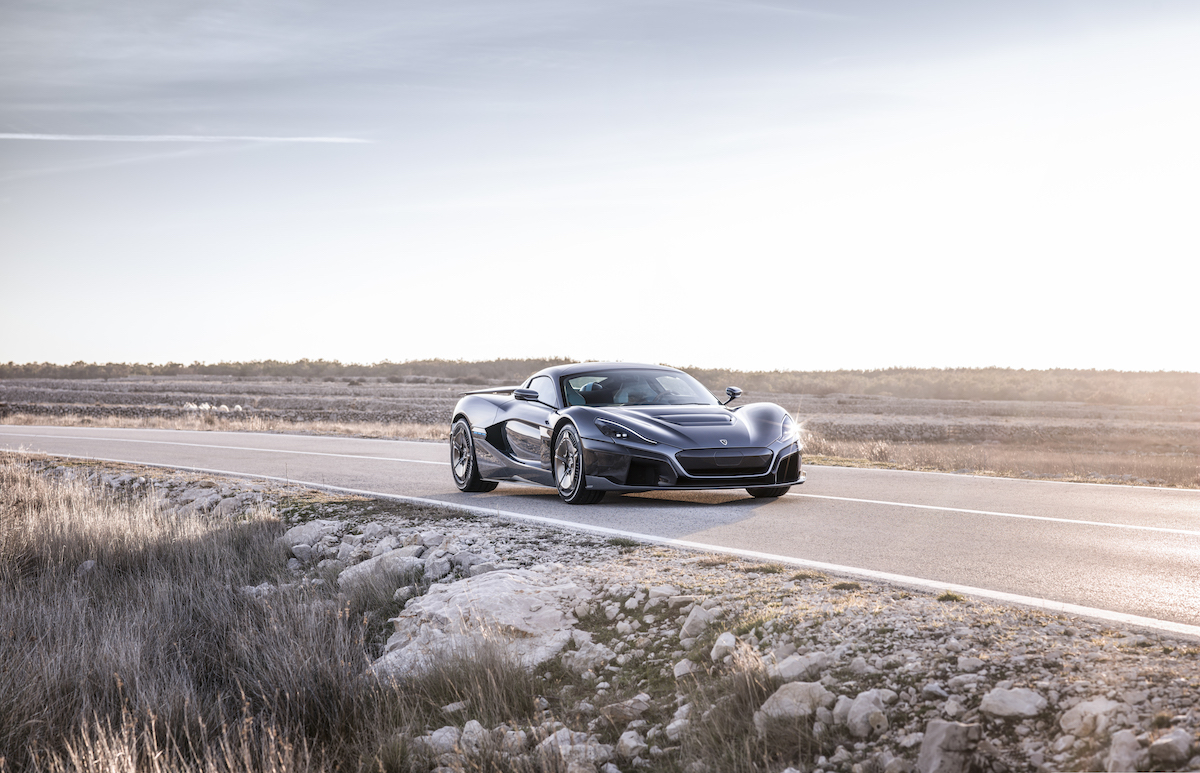 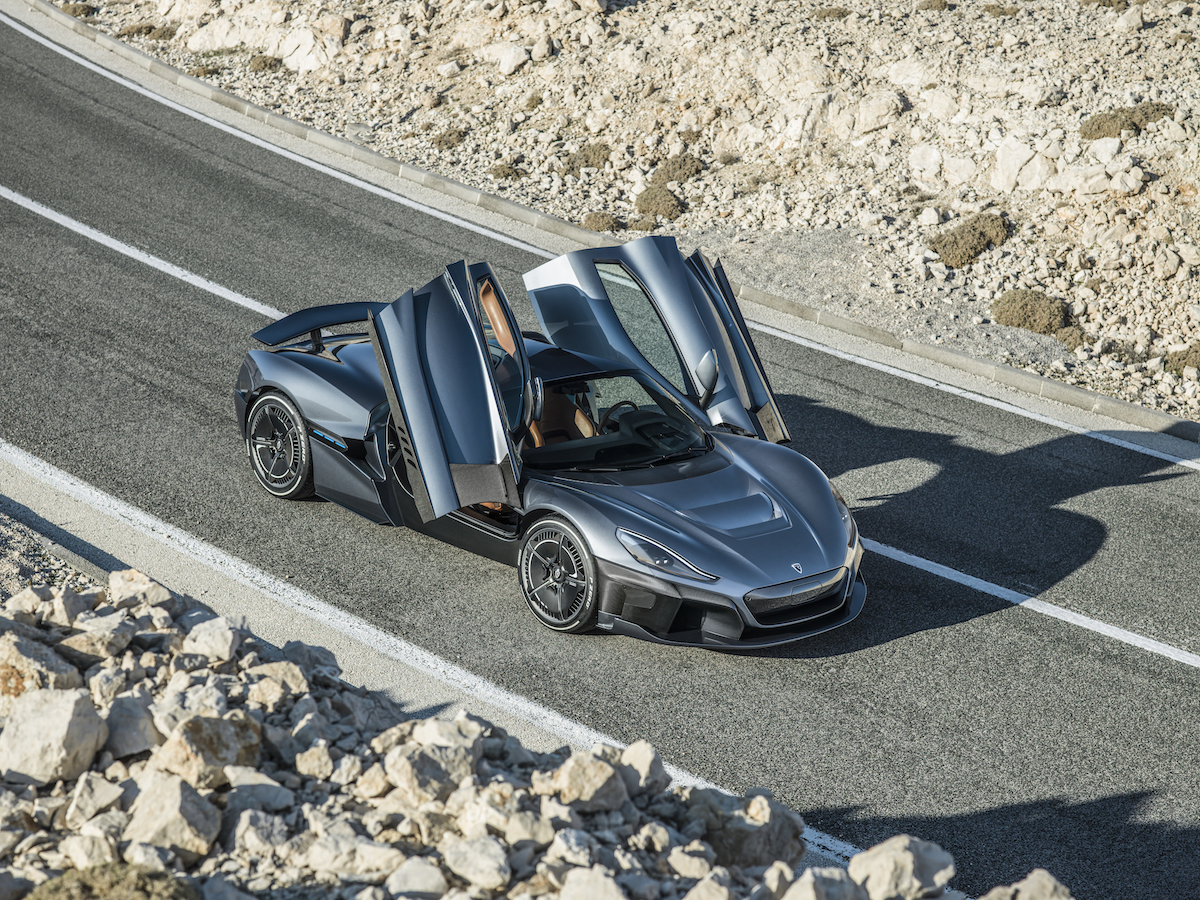 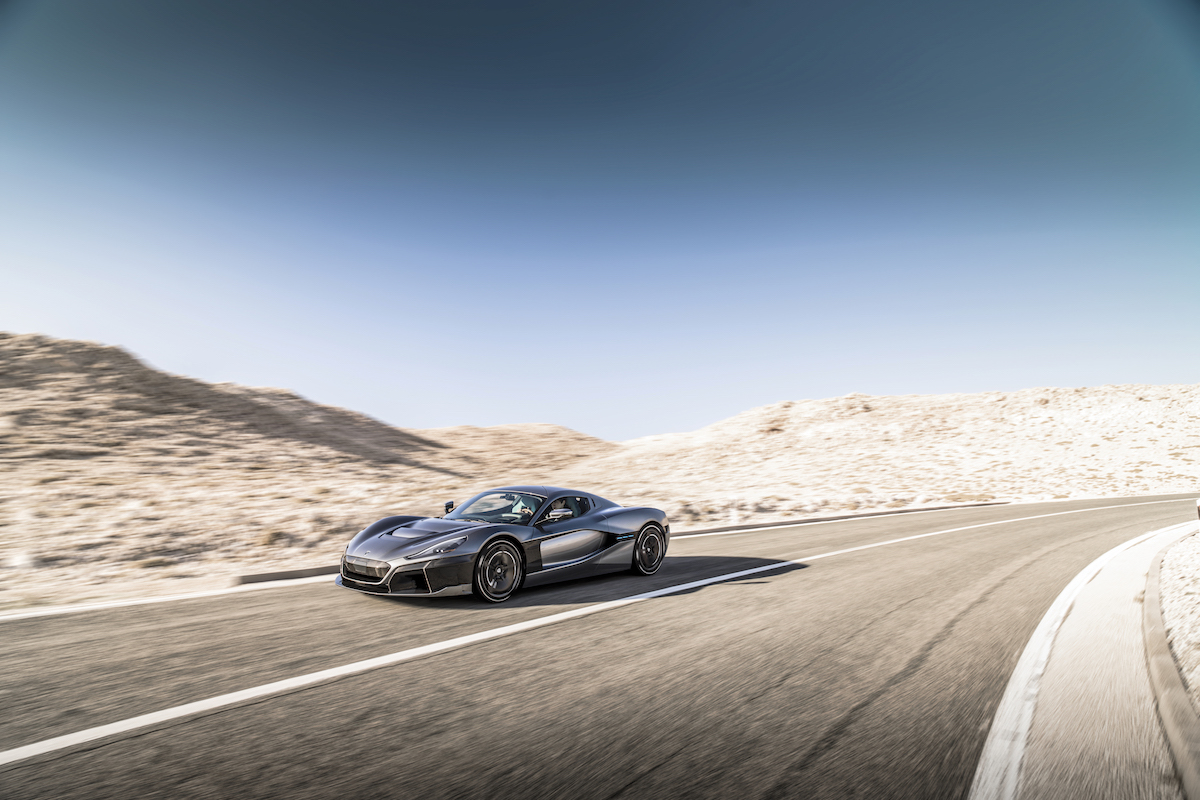 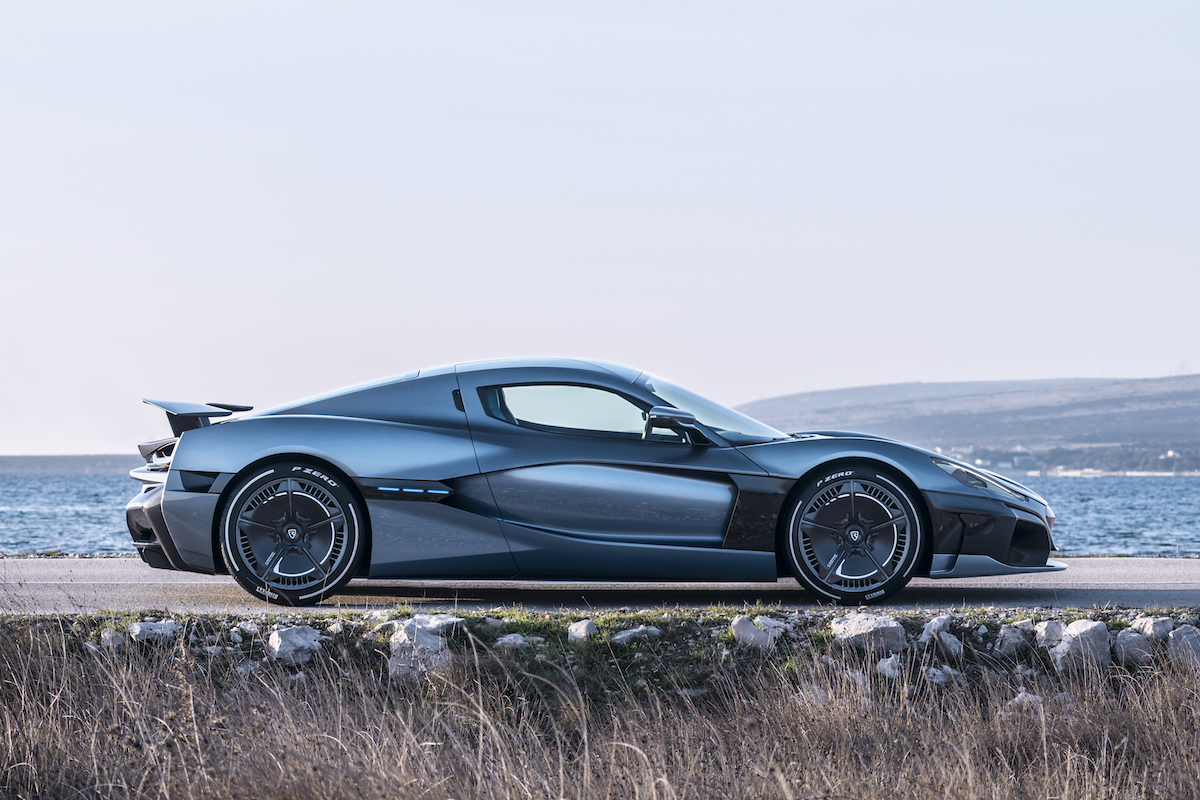 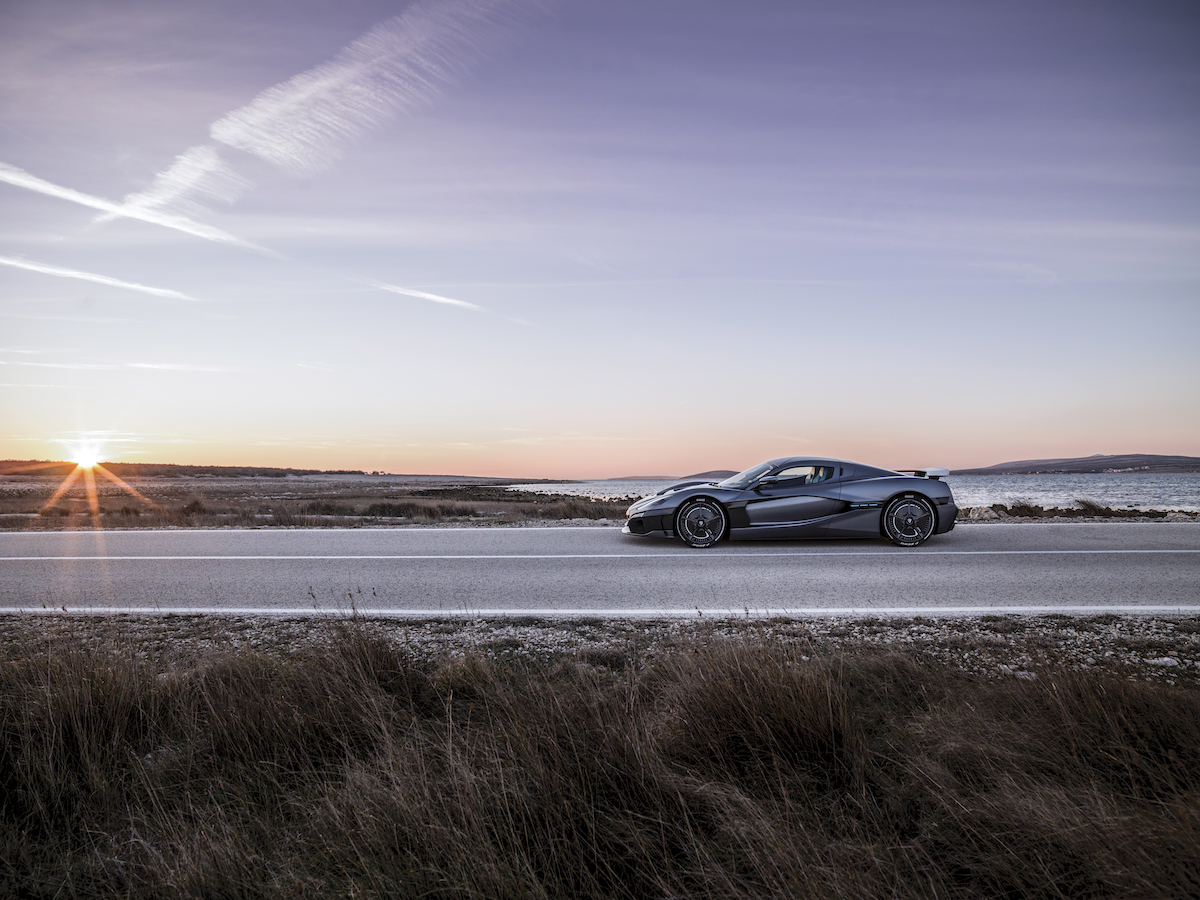 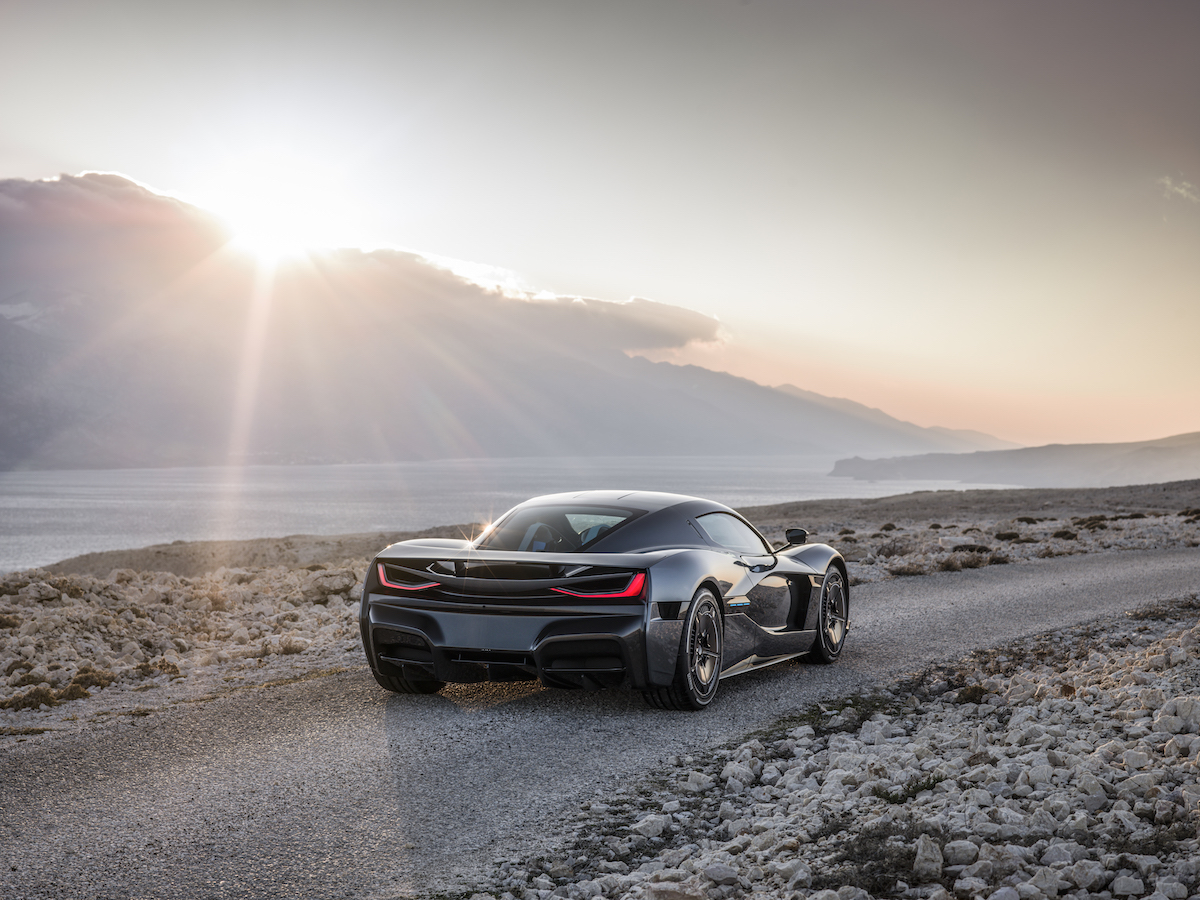 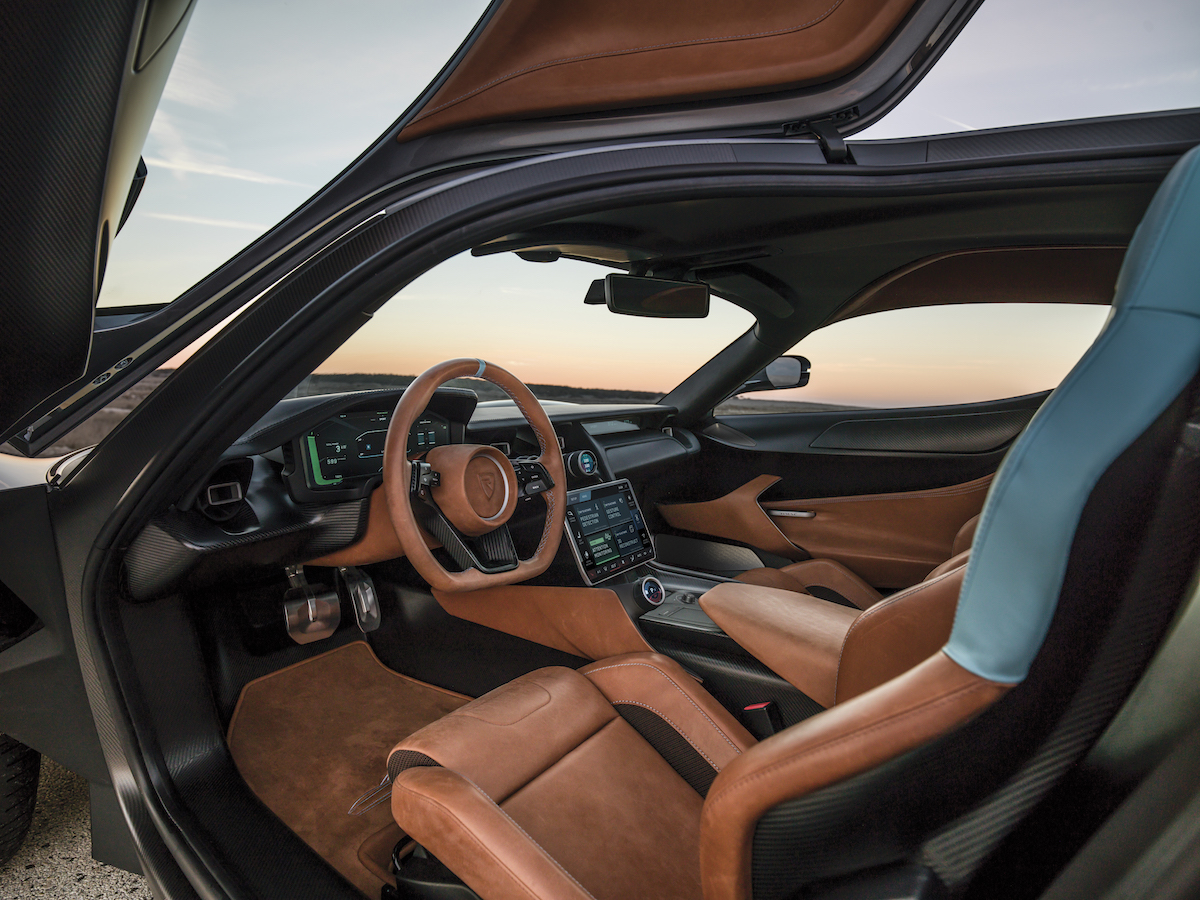 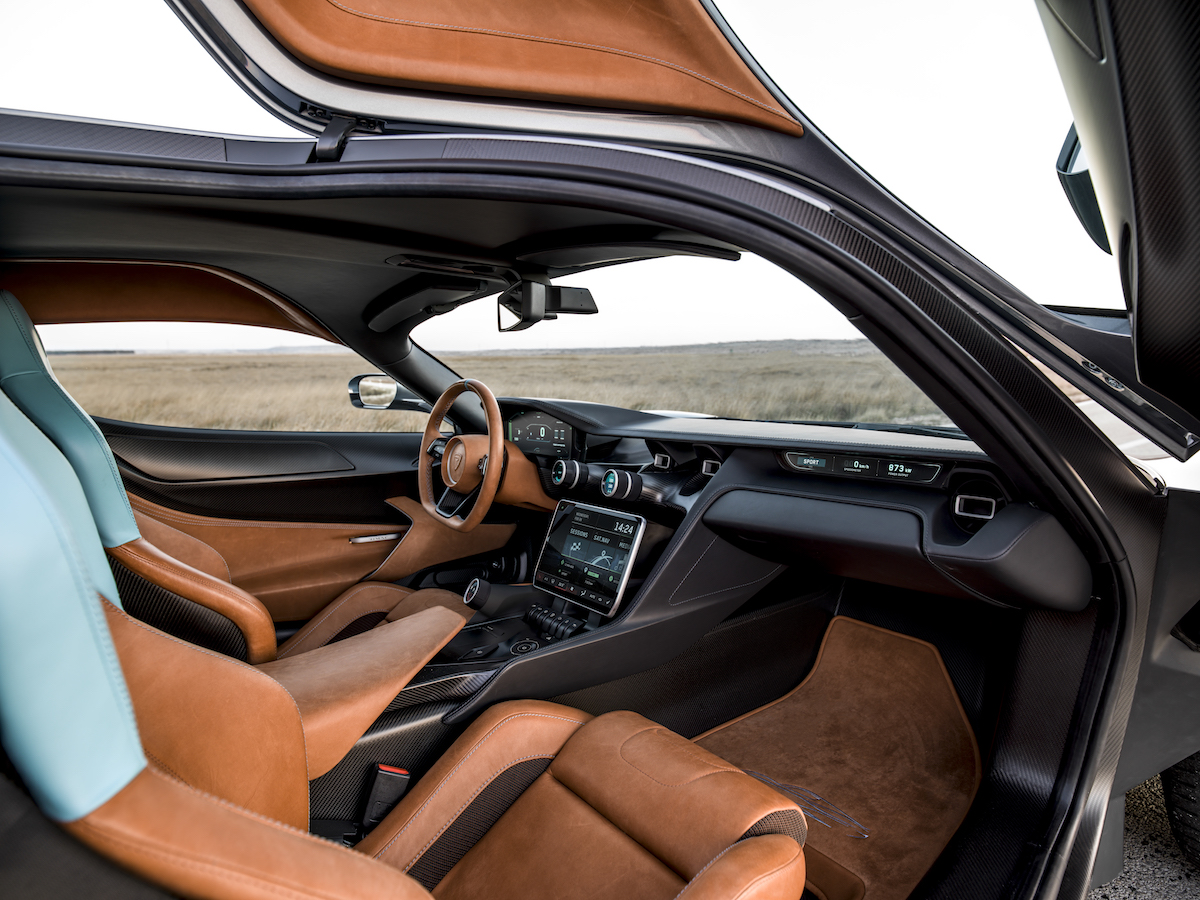