Porsche 911 Next Gen: Autonomous Tech Out, Electric Power a Possibility 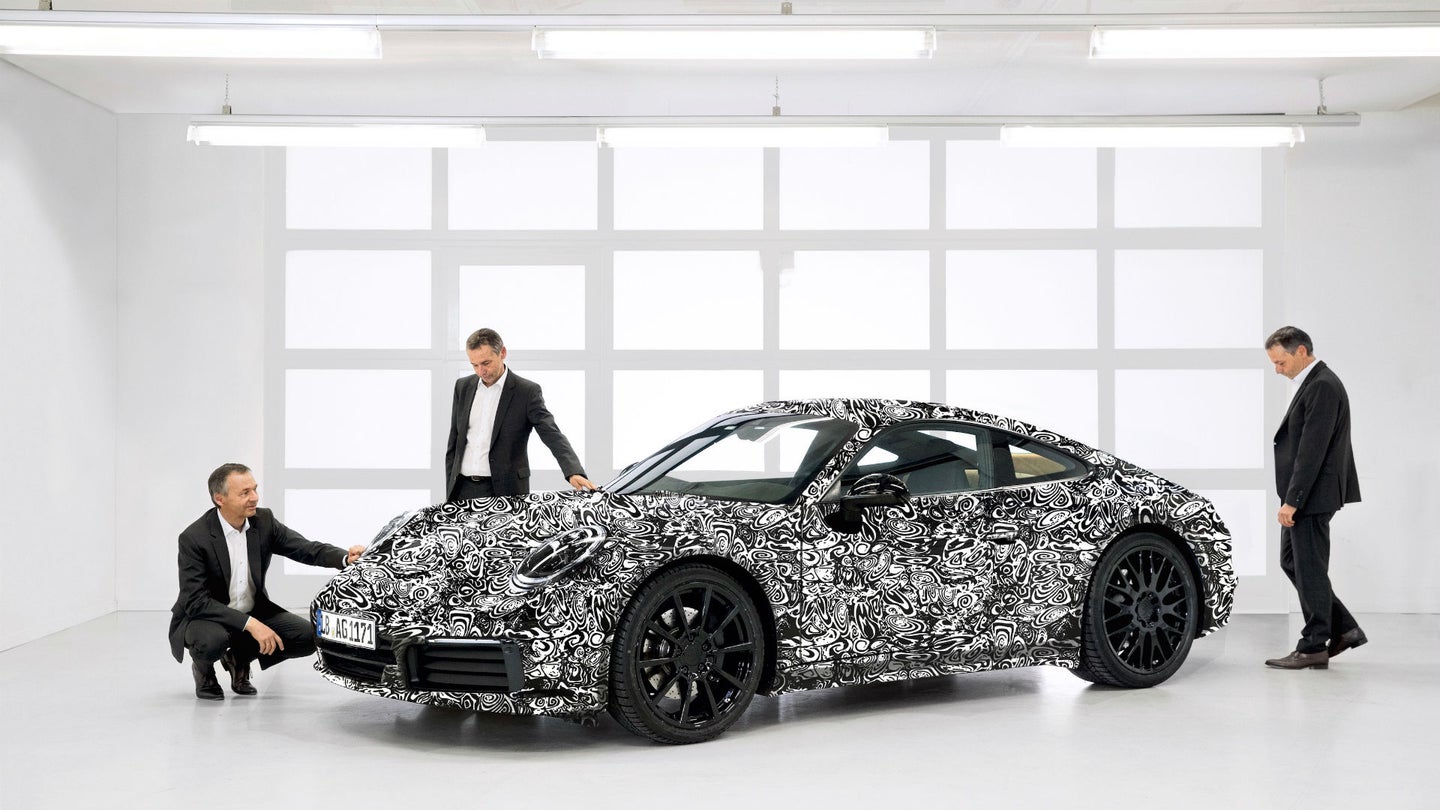 Porsche just pulled a few more wraps off of the upcoming eighth generation 911 and talked about the future of its flagship sports car. While the brand won't reveal performance specifications, we now have our best look yet at the 992 generation, albeit with a stylish camouflage wrap and at least two different styles of wheels.

The 911 model line's lead engineer August Achleitner hinted at some of the 992's new features in an official interview Friday. First and foremost, the rear-engined, flat-six formula that defines the 911 isn't going away anytime soon. However, whether or not it's assisted by new electric technology is on the table. "Two years ago I’d have said no way," Achleitner explained. "Today I wouldn’t categorically rule it out."

The engineer did make it clear that the new 911 won't be fully electric. It's more likely that the 992 will have a 918-esque hybrid system that works in tandem with the car's gas engine to produce more power. Porsche is reserving full electric performance for the upcoming Mission E, its Tesla Model S-rivaling super sedan.

Autonomous technology, however, is a definite nein. While Porsche's all-star model will always adapt to the changing times, the 911's primary concern is the driving experience. "That’s why a 911 will always have a steering wheel," said Achleitner. "[The] 911 will be one of the last cars to drive autonomously."

With that philosophy in mind, Porsche is open to adding more assist systems to the car, as long as they don't obstruct the joy of driving. Some sources predict that the 992 will receive the Panamera's and Cayenne's unobtrusive InnoDrive system, which is basically adaptive cruise control made for enthusiasts.

No matter what new tech the 992 will come with, Achleitner promises it will be the best 911 ever, a balanced machine that will satisfy Porsche purists and newcomers to the brand alike.