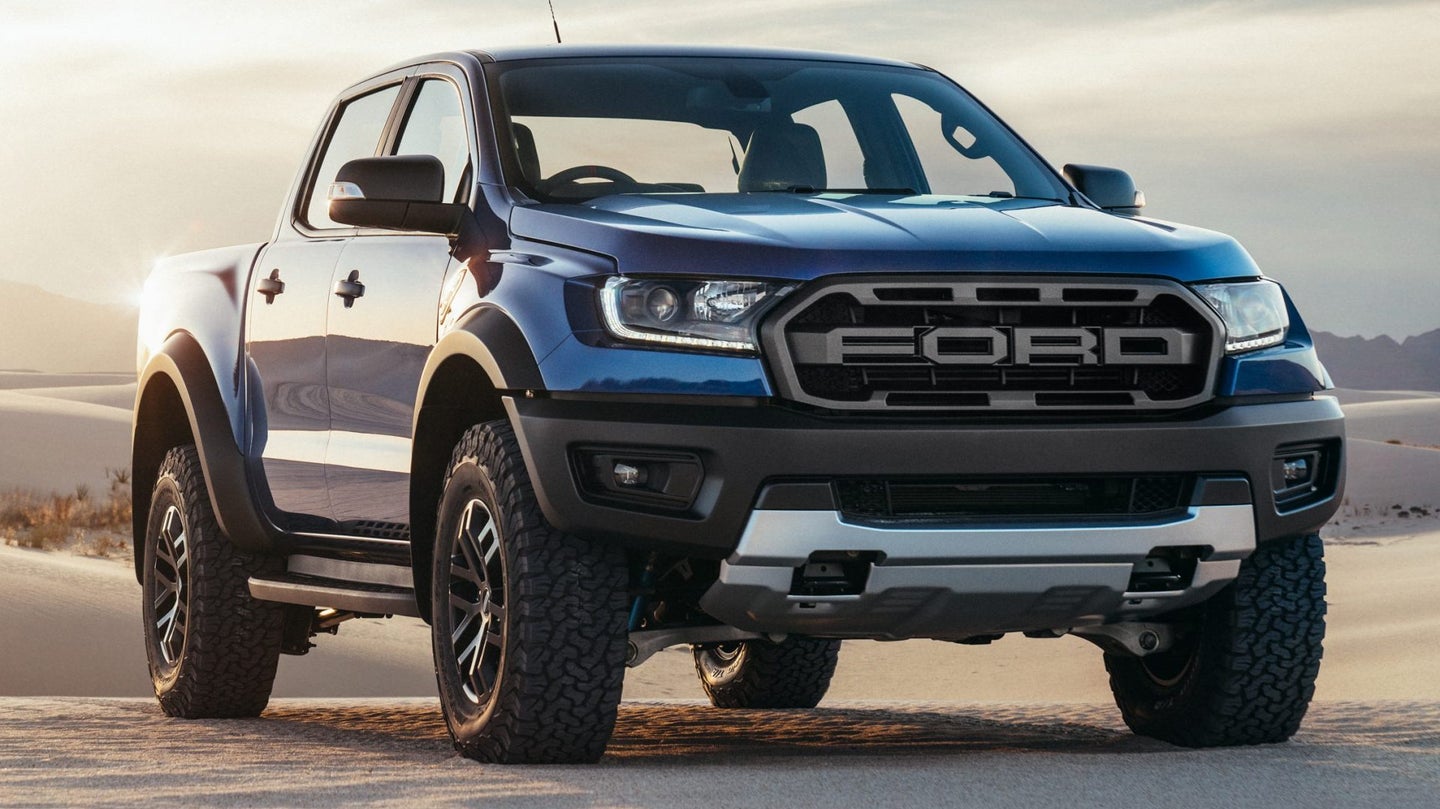 Ford announced at the NAIAS in January that the Ranger pickup would return to the U.S. market, and Wednesday, the anticipated Raptor performance model followed.

The Ranger Raptor will be powered by a twin-turbo 2.0 liter four-banger that sips diesel, delivering 210-horsepower and 369 pound-feet of torque into a 10-speed, paddle-shifted automatic transmission, the same as the one already in use on the F-150 Raptor.

With a focus on off-road capabilities, the Ranger Raptor will ride higher than its base counterpart, at 11.1-inches with a widened 67.3-inch track, and Fox Racing shock absorbers fit as standard. The solid rear axle will use a combination of coilovers and a Watt's linkage, allowing for vertical movement without lateral play, for improved ride and handling.

The rear bumper has a tow bar, with recovery hooks rated at 3.8 tons, and a towing capacity of over 2.7 tons. Hooks are found up front, too, with a 4.5-ton rating. Underbody protection is courtesy of a 2.3-millimeter thick bash plate, armoring the radiator, sump, front differential, power steering pump, and other components.

The Ranger Raptor can be told to operate in any of six driving modes. Only two are tarmac-oriented—Normal and Sport—and the remaining four are for off-roading. Snow, mud, sand, gravel, rocks, and grass all have driving settings. Even a "Baja" mode with reduced traction control nannying and aggressive transmission mapping is included.

Ford did not announce the truck through its North American media channels, however, opting to instead churn up excitement in its Asia Pacific market, leading some to believe it would be an Australia exclusive, just like the rumors said.

"Today’s announcement is about the launch of the new Ranger Raptor in Asia Pacific markets," a Ford spokesperson told The Drive. "We'll have more to share about Ranger Raptor at a later date."

The Ranger Raptor could enter global markets amidst fierce competition, as GM's Chevy Colorado ZR2 is already on the market, Toyota is considering its own hot Hilux, and the upcoming Jeep Scrambler is sure to sell as if the apocalypse were tomorrow. The combination of the established Raptor name and market entry ahead of some of its competitors could keep the Ranger Raptor the apex predator in the sporty midsize pickup market, though.