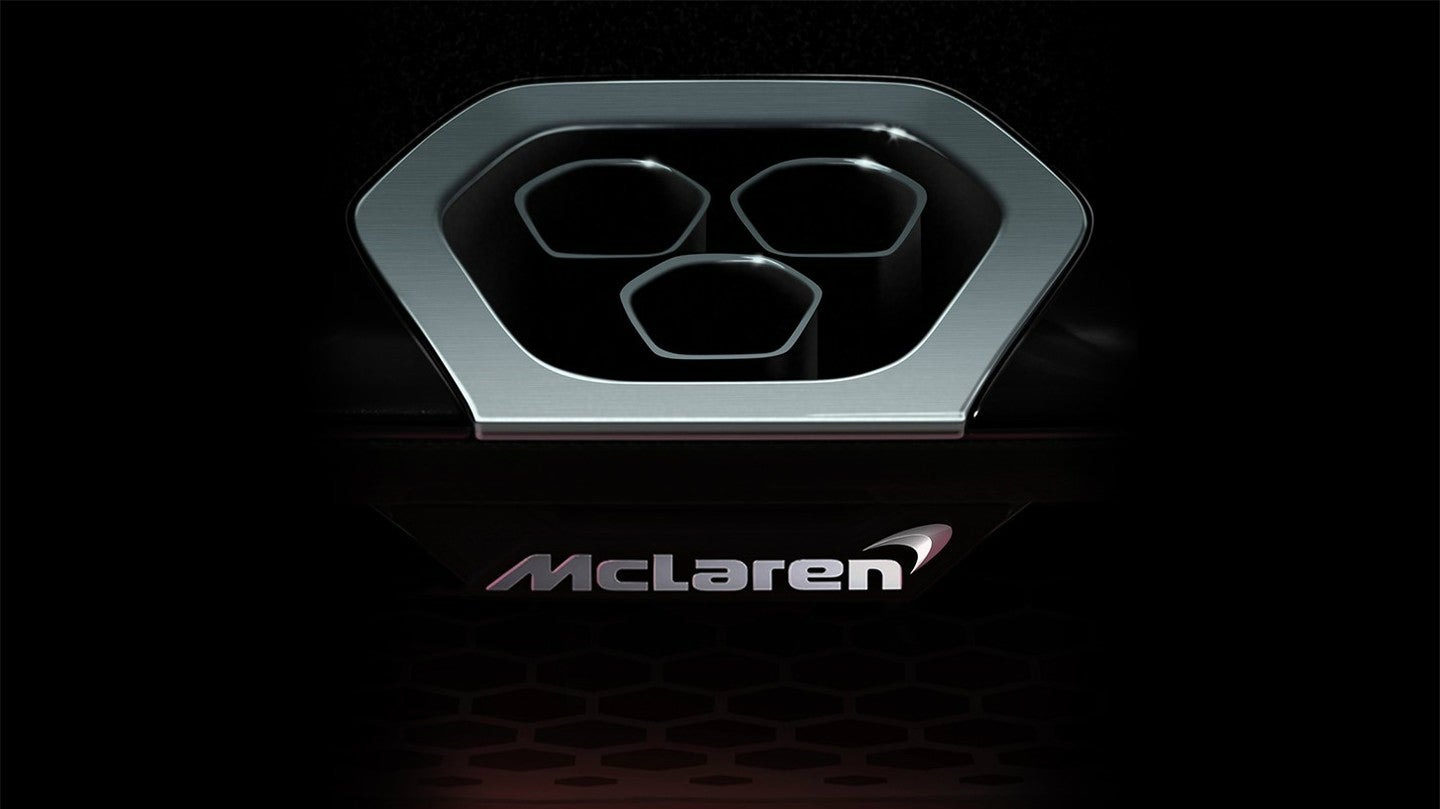 First teased by McLaren in October with a photo of a triple-exit exhaust, photographs and the proper name of the car codenamed P15 trickled out Saturday prior to the car's public unveiling. The P15—or as we will now call it, the McLaren Senna—was shown off to those invited to the McLaren Winter Ball 2017. The car is named for the legendary Formula 1 driver, Ayrton Senna, who won three world drivers' championships with the team between 1988 and 1991. It will be limited to 500 production examples, all of which were sold in advance of the car's announcement, at a price of $1,003,950 (£750,000,) according to supercar video blogger Shmee150.

Autocar speculated earlier this year on the Senna's specifications, estimating 800-horsepower from a 4.0 liter V8 and an approximate weight of 2,850 pounds. One of the event's attendees reports the power figures to be on point, with an 800 PS and 800 newton-meter power output, or 789 horsepower and 590 pound-feet of torque. The weight estimate overshot the Senna's actual weight, which comes in at 2,645 pounds (1,200 kilograms.)

Though photographs of the car are limited at present, official pictures are expected to be released soon. Plenty can be discerned about the car's design from those already available, however.

The splitter is large enough to scrape up a moose made into roadkill, and the trunk has been foregone in the name of airflow. Its aerodynamic emphases are accentuated by the extreme splitter and a rear wing that would not look out of place on an actual race car. The wide rear fenders feature vertical extensions meant to keep air corralled in an area in which it aids the wing, and the top-mounted exhaust calls to mind the use of exhaust gases to increase downforce, seen earlier this decade in Formula 1.

McLaren described the Senna in October as its "most track-concentrated road car yet," and says that the car's utility as a road car is being sacrificed in the name of raw speed on racetracks. With aero more extreme than the Nurburgring record-shattering P1 LM, we suspect it to be a matter of time before the Senna is rewriting track records.