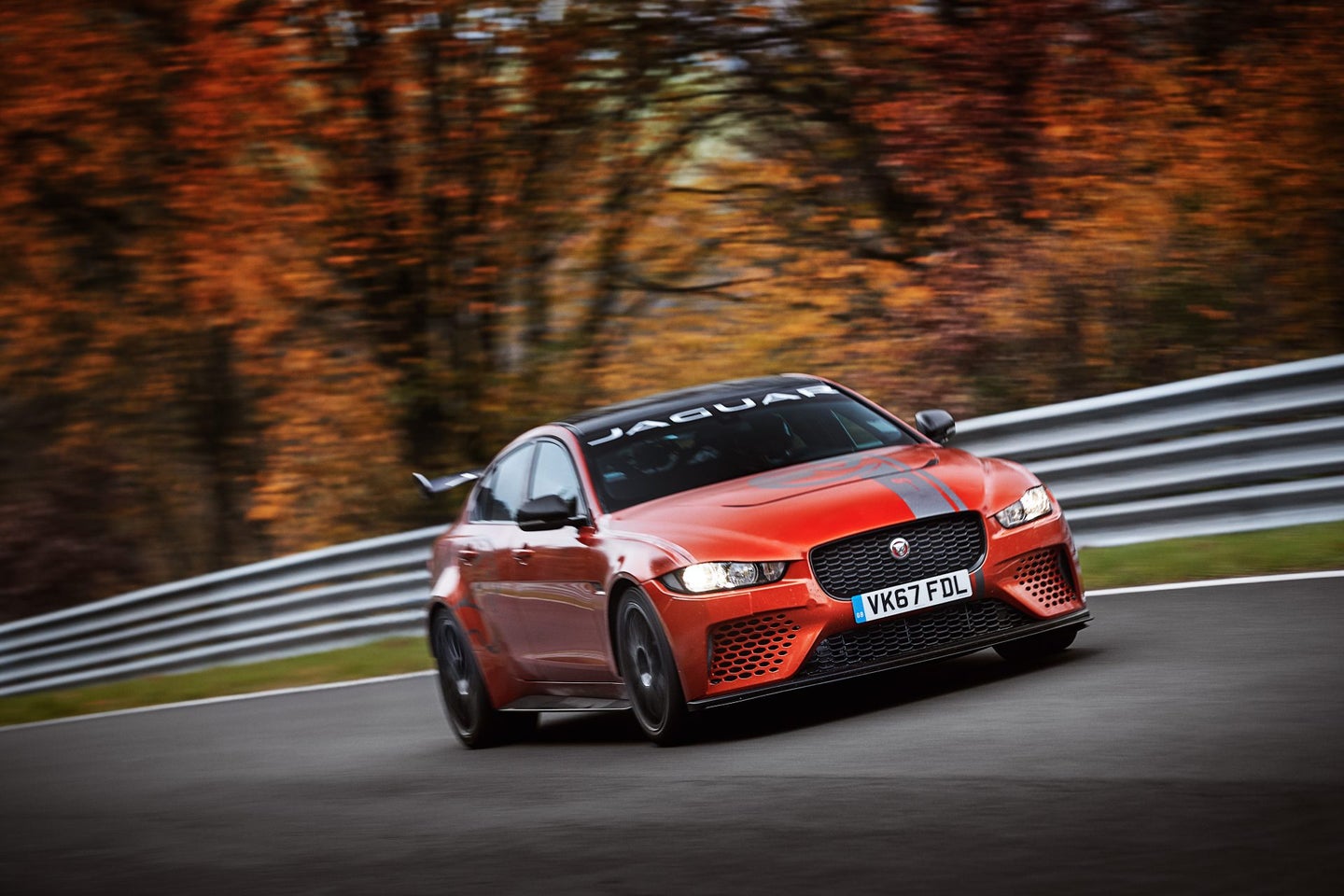 In the lobby bar of a fancy downtown LA hotel on Monday night, a high-level Fiat-Chrysler exec made passing reference to the Alfa Romeo Giulia Quadrifoglio's record-setting Nürburgring lap time in front of a table of journalists and PR representatives. After he walked away, one of the Jag PR reps noted that the Alfa sedan's 7-minute, 32-second record run was not long for this world.

Alfa Romeo Stelvio Quadrifoglio on the 'Ring
The Drive

And then, on Tuesday night, Jaguar unveiled the new Jaguar XE SV Project 8, a blisteringly fast, 529-hp sports sedan from the company's Special Vehicle Operations (SVO) unit. Along with the vehicle, a new record 'Ring time—of sorts—was also revealed. There's no doubt that the Project 8's time of 07:21.23 makes it the fastest four-door sedan around the Green Hell, but the press release wording reveals a bit of a catch: "Jaguar is happy to announce that the Jaguar XE SV Project 8 is now the world’s fastest four-door sedan of production-intent specification...."

Yes, the XE SV Project 8 is basically a late-stage prototype with dreams of being a real car. When it's actually produced, the XE XV Project 8 will be limited to 300 units worldwide, with a starting price of $187,500. The title of "fastest" doesn't come cheap.

Check out the record-setting run, below.