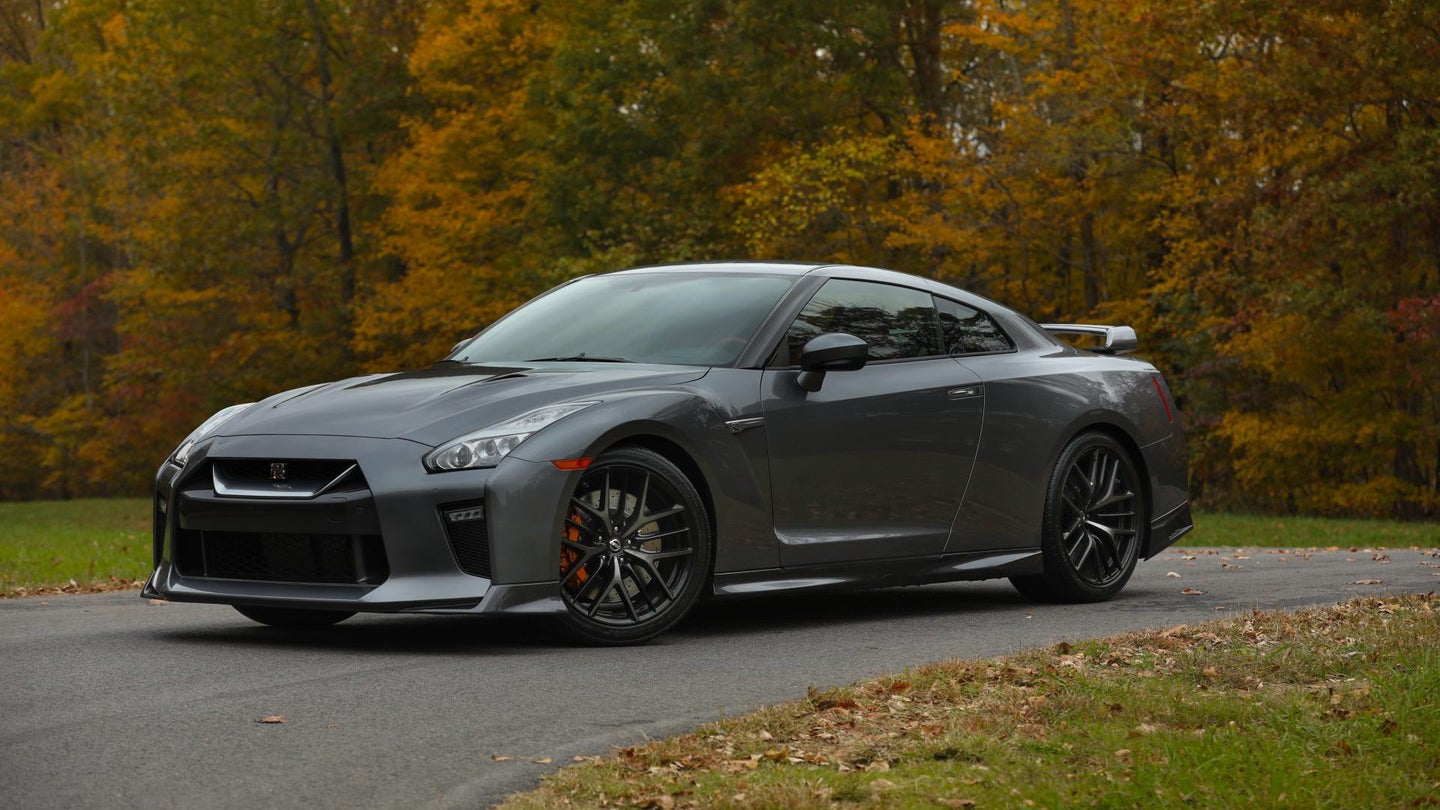 Nissan announced pricing and updated info for the 2018 GT-R on Friday, with the key takeaway being a new, entry-level, Pure model coming in at precisely $10,000 less than the car's previous starting price.

Last year's GT-R customers looking to get into the bargain basement version were offered the $109,990, curiously-named "Premium" model. For 2018, buyers will have the option of a less expensive Pure model. Taking away mostly aural goodies like the 11-speaker Bose system, active noise canceling, active sound enhancement, and the titanium exhaust, the Pure GT-R comes in at $99,990—a mere Big Mac meal shy of six figures.

The introduction of a "purist's" GT-R with less sound trickery is definitely interesting, if not exactly game-changing—especially in the wake of Porsche's recently introduced, budget-purist-mobile Carrera T.

In addition to the new entry-level option, the 2018 Nissan GT-R gets Apple CarPlay, a new "Kuro Night" interior color option, and...not much else, really. Powered by the same 3.8-liter V6 as before, this year's Godzilla makes the same 565 horsepower and 467 pound-feet of torque as its 2017 predecessor with no mention of any under-the-skin improvements or changes.

For prospective GT-R owners with more cash to splash, the Premium model can be had for $110,490. A slightly racier and exclusive Track Edition is also available and will run you $128,490. Those well-heeled (and well-connected) enough to score a copy of Nissan's "very limited," track-slaying NISMO GT-R can look forward to a whopping 600 hp and $175,490 less in the bank.