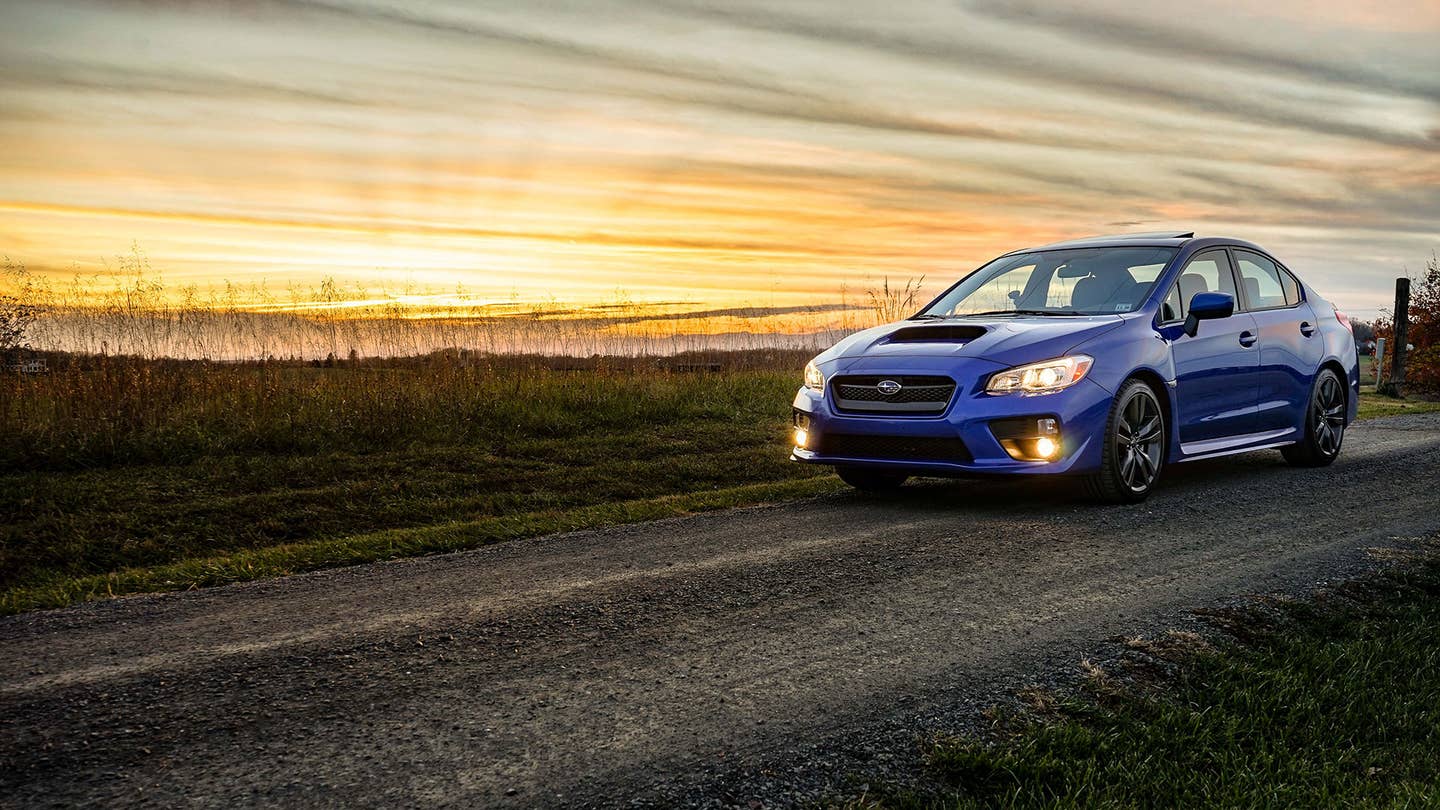 It was the day before Thanksgiving, and my best friend Paul had just collected his 2016 Subaru WRX from the dealer in New Jersey. Riding the wave of excitement that accompanies any major purchase, we steered toward the closest set of twisting roads. A relaxed run through those byways left us kicking tires on the side of the road, comparing the merits of this ‘16 WRX to Paul’s previous car—a ‘14 WRX. Lucky dude.

Paul wanted to make sure he broke in the new engine correctly. A quick consultation with my go-to Subaru expert gave us a plan of attack. In order to prepare the engine for a long, healthy, oil-leak-free life, the car needed to complete 1,000 miles of varied RPM driving without exceeding 4,000 rpm. That break-in regimen would properly seat the rod bearings and piston rings, in turn preventing leaks and bigger problems down the road.

So we knew what we needed to do, and we could have broken the car in anywhere, but we wanted an adventure, a drive, some new roads. I spent most of Turkey Day with family in Manhattan, trying to find out the best road within 500 miles, and quickly settled on Skyline Drive in Shenandoah National Park.

Climate change was on our side as we hit the road from New York the next day, with sunny skies and temperatures hovering around 60°F. The WRX came with aggressive summer tires mounted, so we weren’t complaining about the late-November heat wave, knowing full well that sub-40°F temps would have turned those gummy Dunlops into rock-hard lumps with zero grip.

The slog south was largely uneventful, except for a fellow Subaru WRX driver appearing from nowhere, pulling aside us with a big smile and two thumbs up, then leading us on an enthusiastic sprint down I-95. Along the way we finagled an invite to stay the night at a college friend’s family home in rural Virginia, coincidentally mere miles from the south entrance to Skyline Drive. A hearty meal, some dark liquor and a good night’s rest put is in tip-top shape to hit the twists bright and early the next morning.

At the park we dutifully paid the $20 entrance fee and set off north. The road very quickly opens up as you rise, allowing vast scenic views across a valley and into the next set of hills, with a curtain of haze drawn between each distant mountain. We stopped at the first two or three pull-off areas, arranged every quarter mile or so. We eventually were able to resist stopping, instead prioritizing the smooth and rhythmic corners that just kept filling our windshield.

The scenery was fantastic even on a dreary day, but the Subaru was the real star. Turns became smoother and throttle inputs gentler but more urgent as Paul put his new toy to work. Decreasing radius corners only require a little more steering angle and maybe a lift off the throttle to tuck the front end in, and then power-out with the not-so-subtle boxer burble left behind as the only indication of your antics. All under 4,000 rpm.

Sixty miles later, we emerged at the end of the park. Wishing we could drive these roads forever, the first big rain drops that had been threatening all day began to hit the windshield. With the odometer reading some 850 miles, our trip home would more than exceed the 1,000-mile mark. Dark and rainy, somewhere on the interstate in Pennsylvania, we cracked one grand, meaning the car was officially broken in, and safe to rev to the redline. A celebratory holler, downshift and pull to 6,700, and this WRX was off and running toward the life it was built to live.