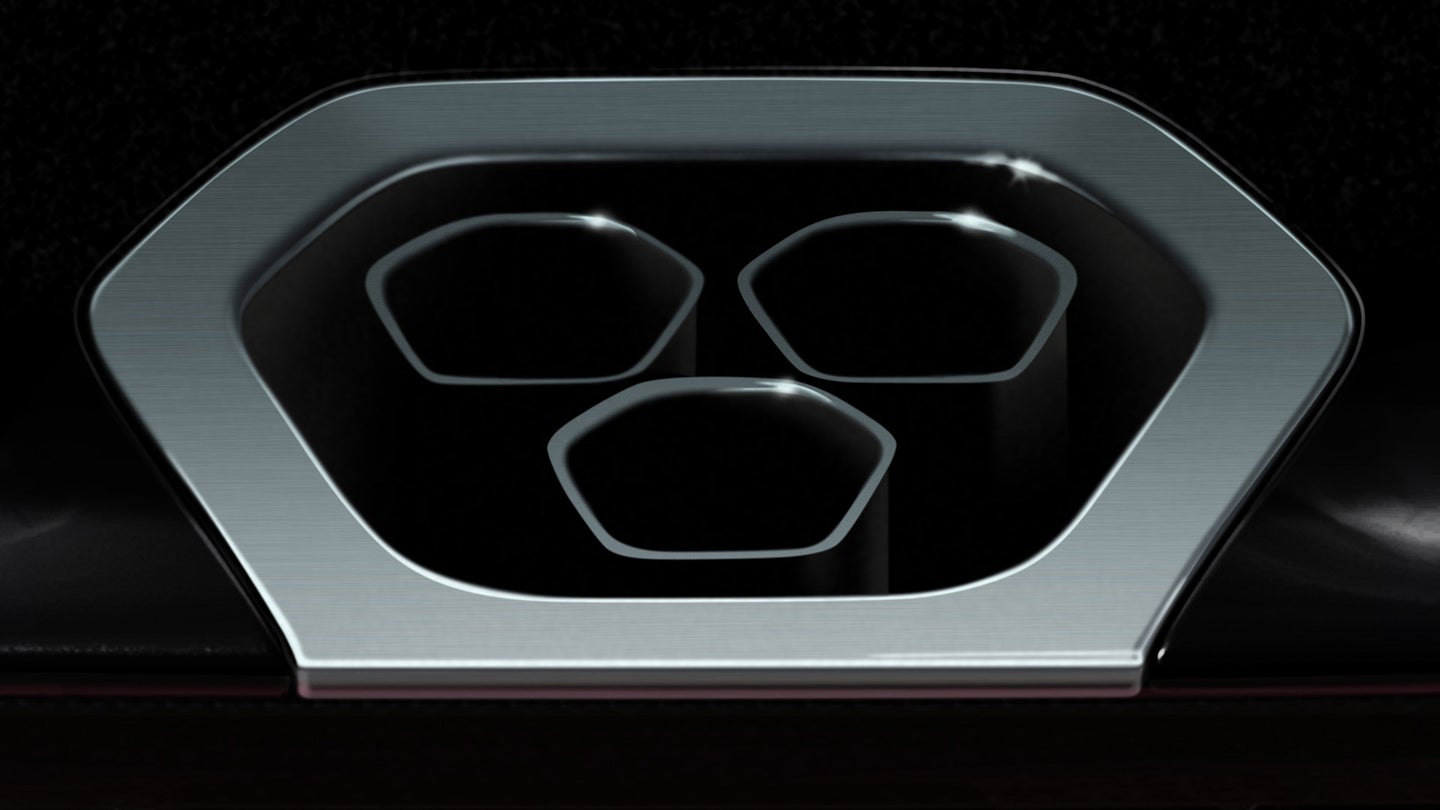 McLaren's master plan to upset the supercar apple cart is far from done. On Wednesday, the company announced that the next road car it would unveil will be the "most extreme" street machine ever whipped up by Woking—a successor to the likes of the P1 hypercar that's factory-ready to massacre tracks across the world.

The new car, which goes unnamed in McLaren's press release but which other sources claim has been reportedly given the internal designation of "P15," is not to be confused with the three-seat hyper-GT the British sports car company also has in the works (which McLaren has hinted may have the highest top speed of any car in the automaker's history). The Macca's true name will be revealed by the end of the year, with a full debut coming sometime in the first three months of 2018.

While McLaren restricted our introductory glimpse of the car to the teaser image seen below—which appears to depict a high-mounted triple exhaust above the carmaker's logo—the company said the new track-ready supercar will be a "brutal" expression of Woking's form-following-function philosophy.  While it will be designed to dominate on closed courses, the car will still be street-legal—a fact sure to delight high-end chiropractors from London to Los Angeles.

A report from Autocar released earlier this year claims the McLaren P15 will weight around 2,850 pounds and be propelled by a strictly internal-combustion powertrain, instead of a hybrid setup like the now-discontinued P1; the car will reportedly a 4.0-liter V8 similar to the 720S's engine, but cranked up to close to 800 horsepower. As you might expect, the car will also reportedly have an aerodynamic setup advanced enough to make Skunk Works employees jealous; Autocar claims the P15 will ditch the usual McLaren frunk to create more channels for air to flow, and a large rear wing potentially capable of flipping up and down à la a Formula 1 car's DRS system.

But before you go and cash out some of that Facebook stock Sean Parker convinced you to buy back in 2005 in order to plop down the cash to cover the presumable-seven-figure cost of the new Macca...well, we've got some bad news. Not only will the new Ultimate Series model be sold in very limited numbers, McLaren says the full run of the new car is already spoken for. Womp, womp.