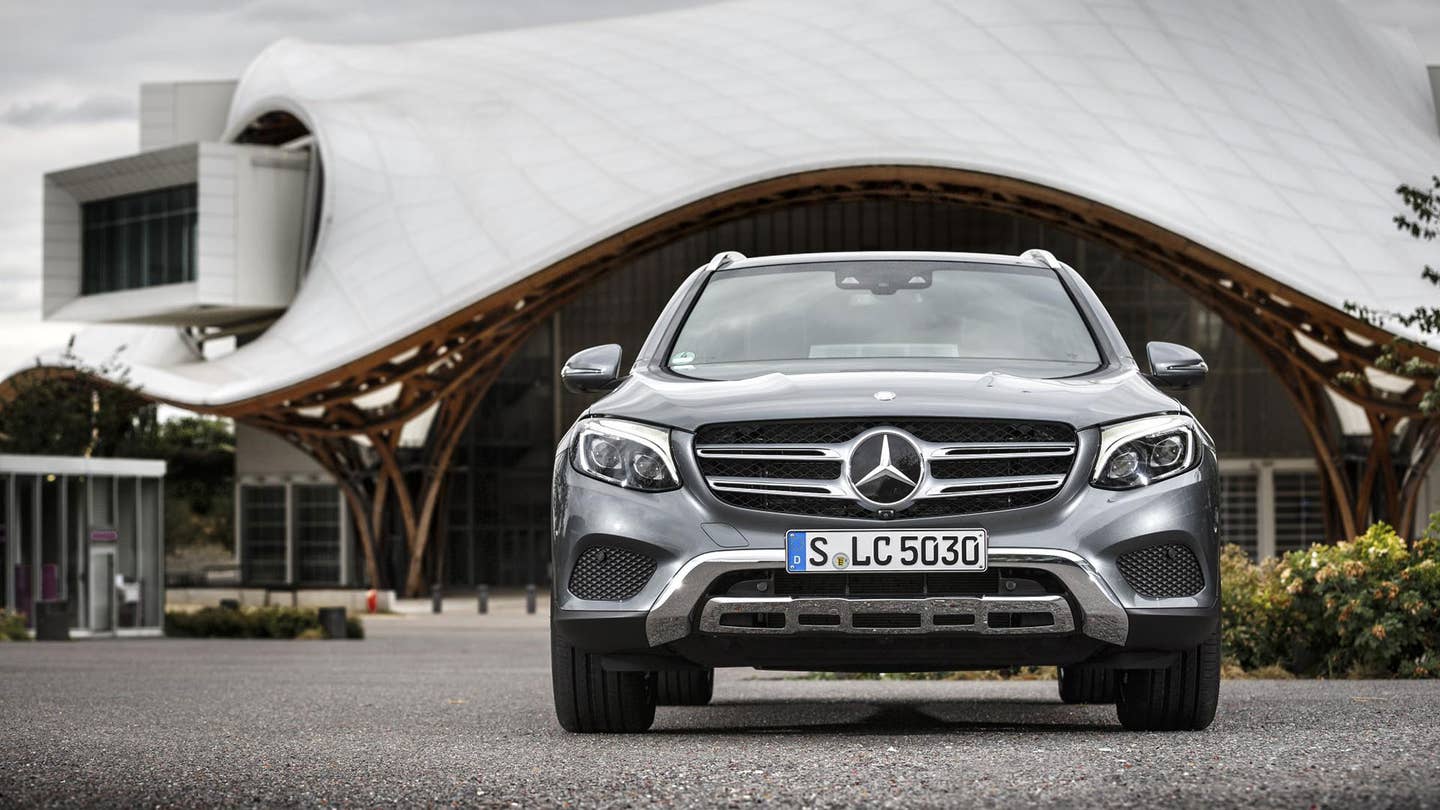 Ah, the lives of strange bedfellows. A report from Germany’s Auto Bild has Mercedes-Benz developing a purely electric Tesla Model X fighter. The rumored crossover, based on Mercedes’ current GLC model, would come to global markets at the end of 2018 branded as the ELC. The EV-crossover gold rush continues apace.

As the first series-production electric crossover to market, the Tesla Model X is rolling around Silicon Valley and other redoubts of tech idolatry with bullseyes on its falcon-wing doors. Priced from $80,000 for the base 70D trim to over $130,000 for the P90D, the Model X will soon face purely electric competition from Audi’s coming Q6 E-tron, and possibly Jaguar, which hasn’t quashed persistent rumors of an electric E-Pace crossover.

As for the conjugal bed: It was Mercedes parent Daimler that all but rescued a foundering Tesla Motors in 2010, taking a 4-percent stake in Elon Musk’s fledgling company and helping to ensure the Model S was produced. Mercedes got access to Tesla’s battery-building and drivetrain knowhow (and in 2014, a nice cash return on its investment); Tesla got the S-Class’s platform, switchgear and a number of other systems that found a home on the Model S. You know where else they went? A hint: X marks the spot.

Auto Bild does not identify its well-positioned source, but notes that the rumored ELC would benchmark a 400-km (236-mile) range; generate between 75 and 400kW (roughly 100 to 535 horsepower) via one or two motors; be able to accept a charge via induction, with no cables attached; and, perhaps most outlandish of all, start at under 50,000 euros—roughly $54,000. That’s base-Model S territory for crossover heft and a three-pointed star on the grille.

If a Model X is to remain the trophy of this burgeoning segment, it may need help from an outside supplier to keep costs down. Don’t expect Daimler to hop back in the sack.