The Alfa Romeo Giulia Is the Diesel Sports Sedan We've Been Waiting For, and Can't Have

Even if we didn't know it, and even though now we really want it. 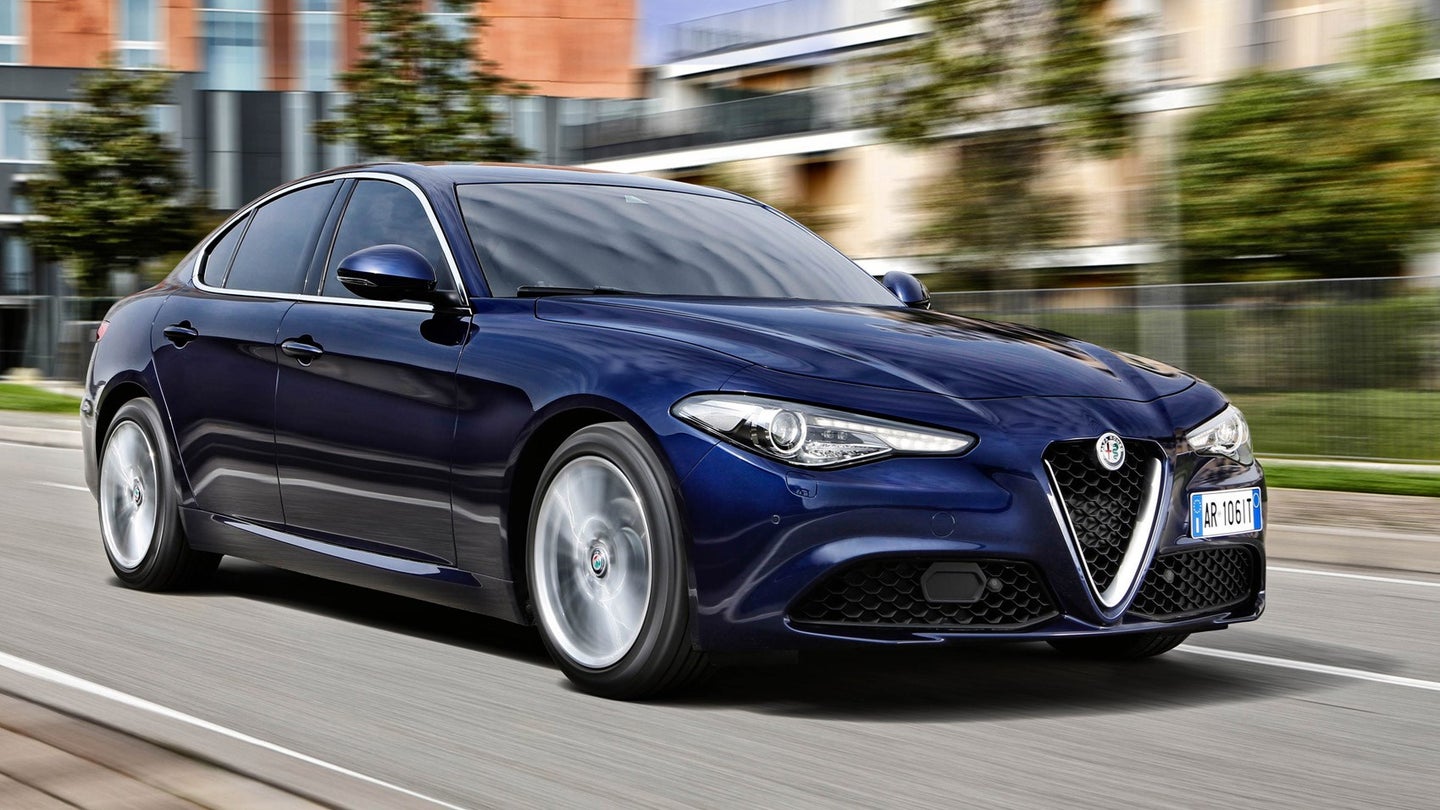 Welcome to Critic's Notebook, a quick and off-the-cuff car review consisting of impressions, jottings, and marginalia regarding whatever The Drive writers happen to be driving. Today's edition: the 2017 Alfa Romeo Giulia, America-snubbing diesel edition.

You can, right now, go out and find three different, modern Alfa Romeo models to drive. That seems an odd thing to write: Alfa Romeo's reappearance in the American market after a decade-plus absence has been until recently so halting and unsure, so full of exaggerated promises and missed deadlines and small-volume product, that its return has felt tenuous only when it didn't feel outright doomed. And, full disclosure, I've only ever driven modern Alfas, which also feels odd to write because I have some dim sense that on the car-enthusiast list of transgressions, not having first-hand experience with and significant reverence for the fabled Vintage Alfa Magic—that ineffable sense that a quirky old Italian car has somehow become vital, primal, more super-powered appendage than apparatus—falls penultimate only to Not Liking Cars, and only by a very little.

And so while I had never personally experienced the Magic, I believed in it, mostly because I had on several occasions seen the rapture in the eyes of an Alfista as he fervently canonized some half-crapcan he sold 20 years ago simply because someone mentioned the brand, or perhaps the weather.

Of those modern Alfas, the pocket-Ferrari Alfa Romeo 4C lets you chase some glimmer, but in a way in which it always remains just over the horizon; despite that car's naked sex appeal and passionate, boomcracking noises, it is fundamentally aloof. The Stelvio crossover is a shockingly good entry in the Fun-to-Drive Crossover, Hey I'm Being Serious, category. And then there's the Giulia, which, praise be to Nicola, indeed has the Magic.

The Alfa Romeo Giulia is just a lovely, wonderful, pleasing thing, not just on its own merits but because it's new and recognizably Italian in all the ways you want something to be Italian in a segment that has too long been dominated by ze Germans, with occasional and variously successful incursions by the Americans and Japanese and, recently, the English.

You'll notice the overall score belies the number of listed "Cons," above, some of them not insignificant. It's true that, in the midsize luxo-performance sedan class—which remains about as competitive as you can get—the Giulia is not the best overall car; it may not break into the top three. But it feels the most special. If you could see the look in my eyes right now, you wouldn't have to take my word for it. You might believe me when I tell you about the Magic.