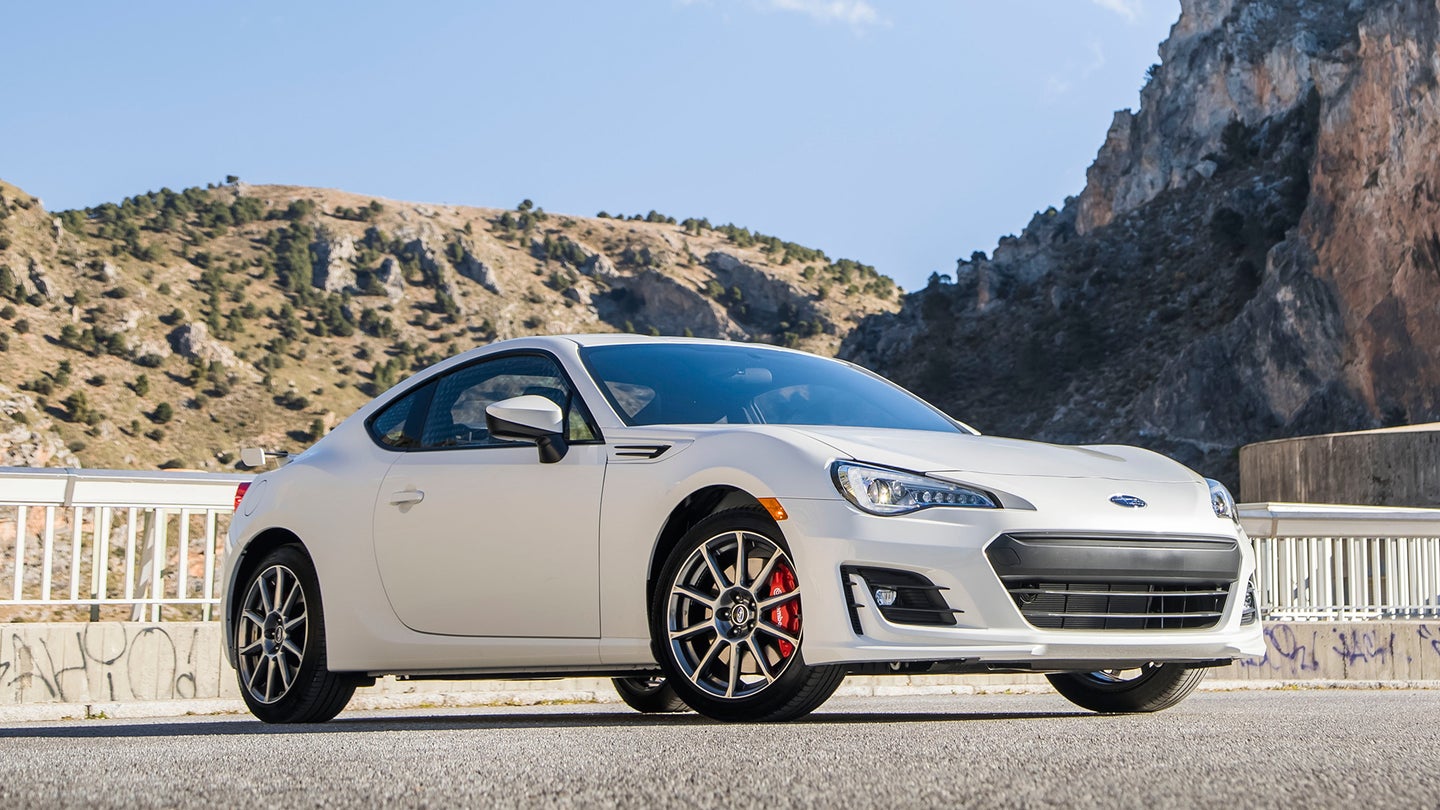 Welcome to Critic's Notebook, a quick and off-the-cuff car review consisting of impressions, jottings, and marginalia regarding whatever The Drive writers happen to be driving. Today's edition: the 2017 Subaru BRZ Limited with Performance Package.

The Subaru BRZ has always felt like something of the odd man out in the Subie lineup. Unlike its 86/GT86/FR-S sibling, which fit into the disjointed Scion lineup as well as any of the oddball cars Toyota corporate tried to cajole millennials into thinking were "cool," the BRZ is worlds apart from the rest of Subaru's fleet. It's the only model without all-wheel-drive; the only two-door; the only one co-developed with another automaker.

But that distance from the rest of the cars wearing the Pleiades badge don't make it any less of a hoot when you hurl it down a back road—especially when it comes with the Performance Package, like the one Subaru dropped off at The Drive's office. Between its Sachs struts and shock absorbers, and a center of gravity that puts your butt crack mere inches above the asphalt, the BRZ hustles down winding country lanes with a verve that brings to mind some of the world's great sports cars...

...at least, until you floor the gas pedal.

The Subaru BRZ may not be the car I'd buy for $30,000...but I'm damn glad that it exists. It's a salute to all the less-appreciated aspects of automotive performance that are all-too-often neglected in favor of high-tech wingdings and heavy-duty horsepower. It's proof that at least one (well, two) of the planet's major carmakers haven't lost sight of the virtues of cheap speed and simplicity.

The BRZ, really, is the perfect first sports car—the ideal vehicle for someone who's just discovered that driving is more than a way to get from A to B. It forces a driver to learn technique, rather than letting them go power-mad with every flex of their ankle. Hand an inexperienced driver the keys to one of the other rear-wheel-drive cars you can get for the Toyobaru's price, like a Camaro or Mustang, and...well, we know what tends to happen. Give them this Subie, however, and those awkward car show exit crashes are much more likely to turn into tasty drifts than into viral crash videos.