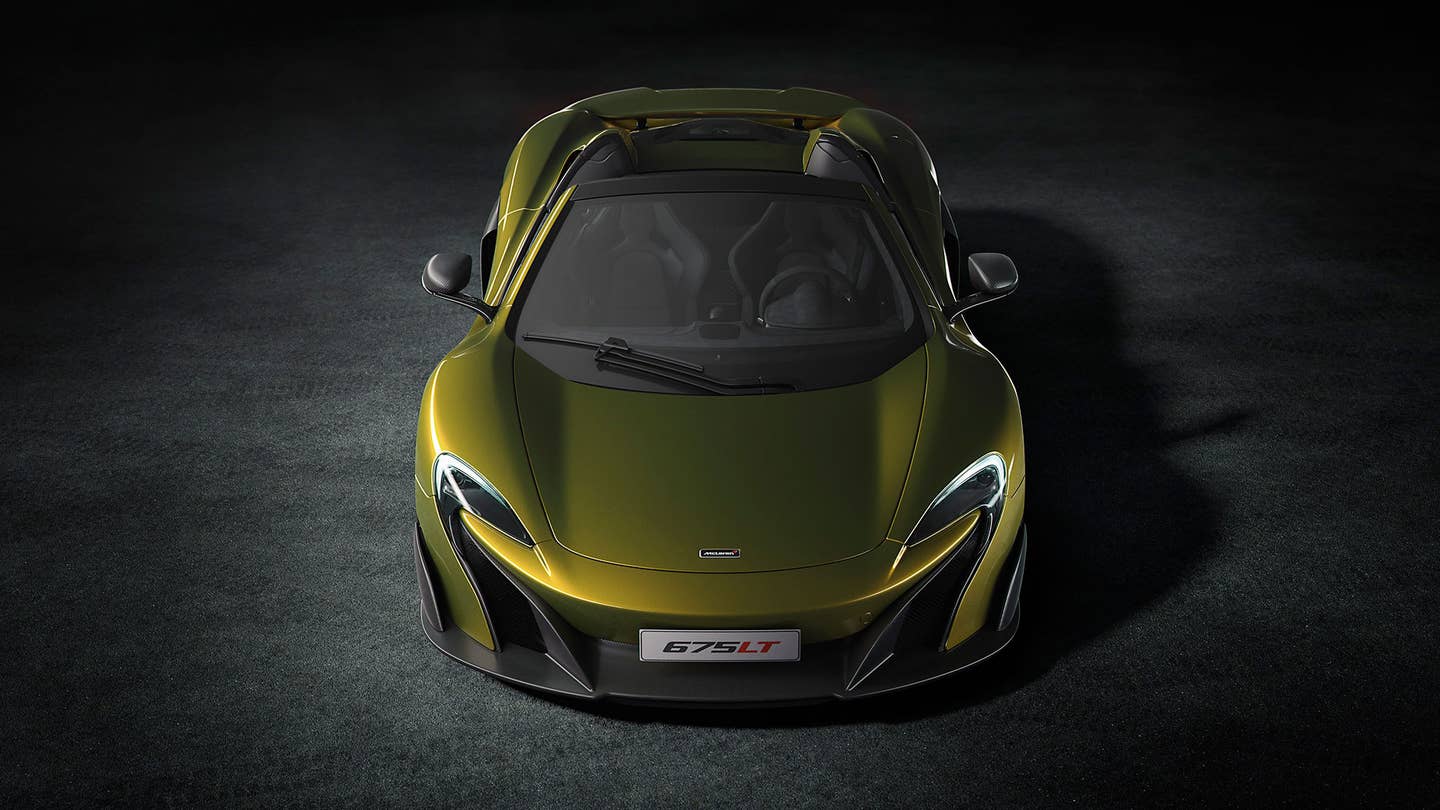 At the debut drive of the McLaren 570S this fall, McLaren announced a new goal: the British supercar company wants to sell 4,000 cars annually by 2017. Ambitious? McLaren expects to crest 1,800 cars this year. So, to achieve volume, it’ll continue to iterate. That means offering several different versions of the Sport Series (570S), Super Series (650/675) and Ultimate Series (P1, P1 GTR).

While the firm didn’t share all its intentions at the time, Andy Palmer, McLaren’s head of the Sports Series, did say: “Yes, we can do all this without selling an SUV.”

Instead, there’ll be more cars like the 675 LT Spider, the open-roof variant of the 675 coupe, which launched earlier this year. And, like past “riffs,” the Spider will be limited to 500 total units.

Mind you, the LT isn’t missing a “D” on the end—it does not signify “limited.”  Rather, it’s for “Longtail,” a hat tip to the nineties F1 GTR Le Mans racecar. Like the 675 coupe, which sold out before McLaren delivered a single car, the LT Spider is lengthened to increase downforce, with a particular eye toward track performance. The front end gets an enlarged splitter and end plates; there are side skirts and bigger side intakes. At the rear, there’s both a lower bodyside and rear fender, as well as a special Longtail airbrake—a spoiler that flips upright under full braking and, in our experience with the 650S, actually works in decreasing stopping distances. All of these additional pieces are, of course, made of carbon fiber.

The open-top 675LT should perform. First, the folding hardtop adds just 88 pounds, meaning a dry weight of 2,800 pounds. That’s roughly the same as a Subaru BRZ. Except the McLaren has three times the juice, thanks to a twin-turbo, 666-horsepower V8. The Spider will hit 124 mph in 8.1 seconds (a scant 0.2 seconds “slower” than the coupe) en route to its 203-mph top speed.