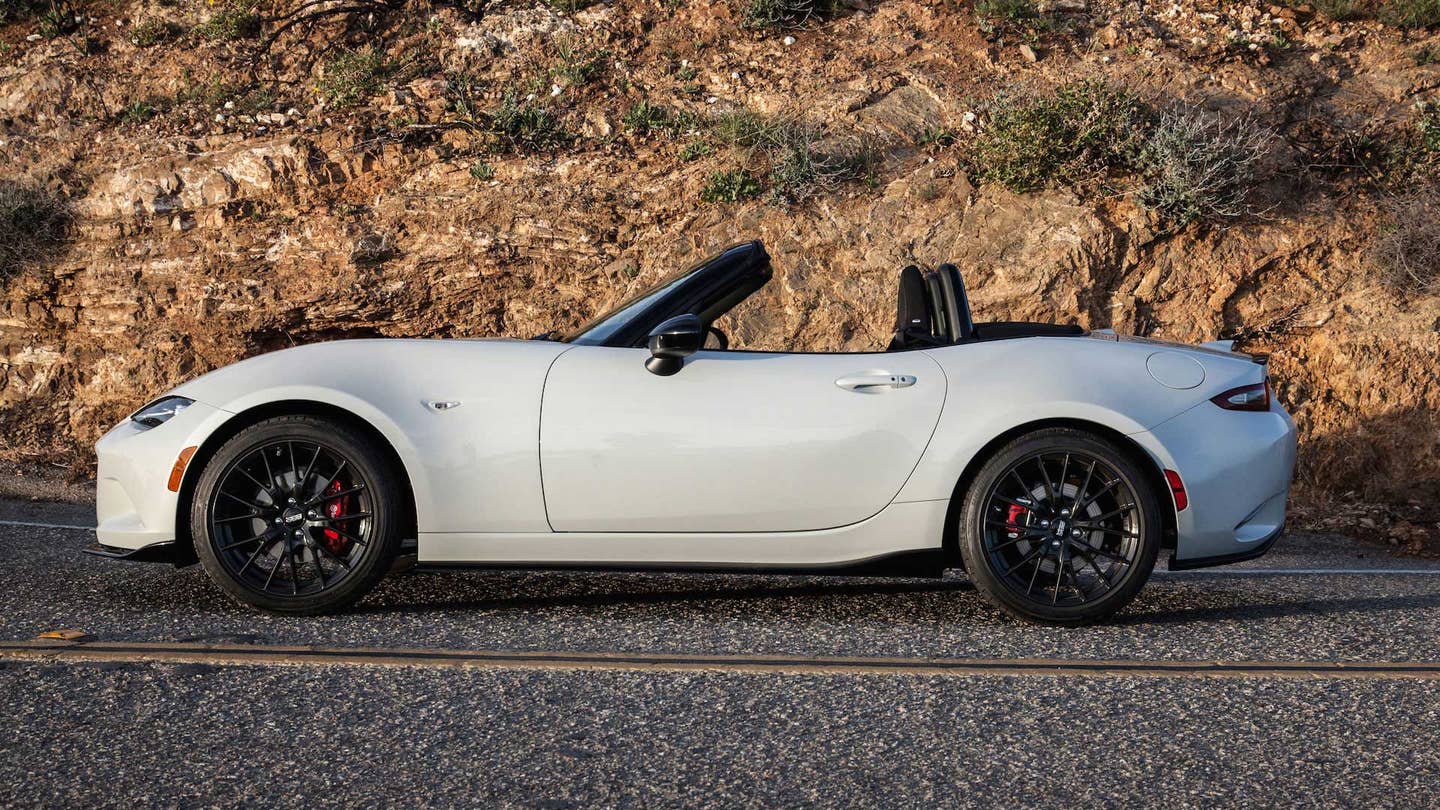 The Mazda MX-5 Miata is a virtual toy, tiny enough to swing from a charm bracelet. It’s about as fashionable as Abercrombie & Fitch, a two-seat convertible in a world that’s been brainwashed to believe that SUVs are sports cars. And the all-new Miata brings 155 horsepower to the party, a thin trickle compared to performance cars that gush with three or four times as much.

Naturally, the Miata gets my vote as 2016 North American Car of the Year.

I’m one of 50 automotive journalists who decide the race for North American Car and Truck/Utility of the Year. Excuse all the capitals, but to paraphrase Ron Burgundy, the award is kind of a big deal, to consumers and perhaps especially the automakers who trumpet a victory with advertising campaigns seemingly within minutes of taking a trophy. Most of those automakers move mountains to have jurors test every all-new (or heavily redesigned) 2016 model.

I have no idea which car or truck will win, with the victors revealed at the 2016 Detroit Auto Show in January. My hunch is that the Mazda remains an underdog. Many jurors, including this one, tend to favor bestsellers; mainstream cars that have the most impact on the most buyers. This year’s BMW 7 Series is a tour de force of performance and technology, but it’s also a $100,000 car, so it probably doesn’t have a prayer. The impressively redesigned Honda Civic, Chevrolet Camaro and Chevrolet Volt plug-in hybrid strike me as front runners. But the Miata is my ankle-biting terrier in this fight. This year, I’m going with my heart as much as my head. Here’s why:

It’s the Best Car In Its Class

To my mind, any NACTOY winner should storm into showrooms as the best car in its segment, or at least in the argument. The Miata is basically a class of one, but that just makes it more special. There’s no other affordable two-seater convertible on the market. Not. One. At $25,735 to start, the Miata costs half what you’d spend for an Audi TT Roadster, Mercedes-Benz SLK or BMW Z4, and it’s more fun to drive than any of them. The little waterbug will keep pace with burlier cars through the twisty bits, including a surprising 5.9-second squirt to 60 mph. Amateur racers around the world, and their Mitty-esque counterparts, will go wild for the new baby. The Mazda’s slinky new bod is Italian-sexy rather than girl-next-door cute. It’s also thoroughly modernized—including a first-rate infotainment interface—without losing the purity that’s key to the Mazda’s enduring, future-collectible appeal.

A Two-Handed Vote for Human Autonomy

Self-driving cars may revolutionize the automotive world, but that’s old hat for the Mazda, which single-handedly saved convertibles from obsolescence beginning in 1989.

And when the Supreme Court holds hearings on whether humans must hand in their ignition keys, the Miata should be Exhibit A for the defense. The Mazda is a defiant, Ayn Randian statement for driving freedom, human autonomy and individuality. Pop the Mazda’s clutch—tell your grandchildren what that was—to draw a squealing rubber line against the unstoppable will of the majority, and the rise of the machines.

Old-School, Ahead of the Curve

The Mazda started life as a throwback to Lotuses, Alfas and other classic, proudly analog roadsters. Among today’s performance cars, hyper-evolved monsters with crushing carbon footprints and millions of lines of driver-enhancing computer code, the Mazda can seem quaint; a 650-horsepower Corvette Z06 might give it a condescending pat on its cloth-topped head. But when fuel prices inevitably spike, social pressures mount and global-warming regulations clamp down, those over-muscled, 12-mpg sports cars will suddenly seem like fuel-slurping dinosaurs—just as mammoth SUVs did the last time the industry got caught with its pants around its ankles. When that happens, the featherweight, fuel-efficient Miata will have the last laugh.

It’s Not a Popularity Contest

The original Miata brought nearly 40,000 disciples into the convertible fold in 1989, a sales phenomenon that it has never again equaled. Mazda would pop champagne if the new model brought half that many buyers. I’ve always been leery of wasting my NACTOY vote on some Bernie Sanders car, a personal fave or political statement that barely makes a dent with the general public. But this year, I don’t care. In Hollywood terms, the Miata is The Hurt Locker, history’s lowest-grossing Best Picture Oscar winner in 2009 with its $17 million gross: If you didn’t see it, or don’t want to see it, that’s your problem. It’s still amazing. So I don’t care how many people buy the Mazda. I don’t care if troglodytes roll their eyes at it, or tar it with that tired “chick car” brush. The Miata is amazing, and you should drive it.

The Miata may not be around forever. Applying more Oscars logic, you need to recognize career-long brilliance when there’s still time, like Henry Fonda winning Best Actor for On Golden Pond in 1982. Also, Mazda has been killing it, dazzling critics and buyers with models including the compact 3 and CX-5 crossover. Both those models ended up as NACTOY runners-up, and the jury might acknowledge Mazda’s run of stellar-yet-unrecognized performances by honoring the Miata. The NACTOY award wasn’t around when the original Miata appeared in 1989, or it surely would have won. Since there’s no Titanic in this year’s NACTOY field, no runaway hit, there’s no shame in giving it to the Miata, whose performance deserves a standing-O anyway. Only three sports cars have won before, the Chevrolet Corvette in 1998 and 2014, and the Mercedes-Benz SLK in 1997. This feels like the Mazda’s year. More than that, it is the Mazda’s year.