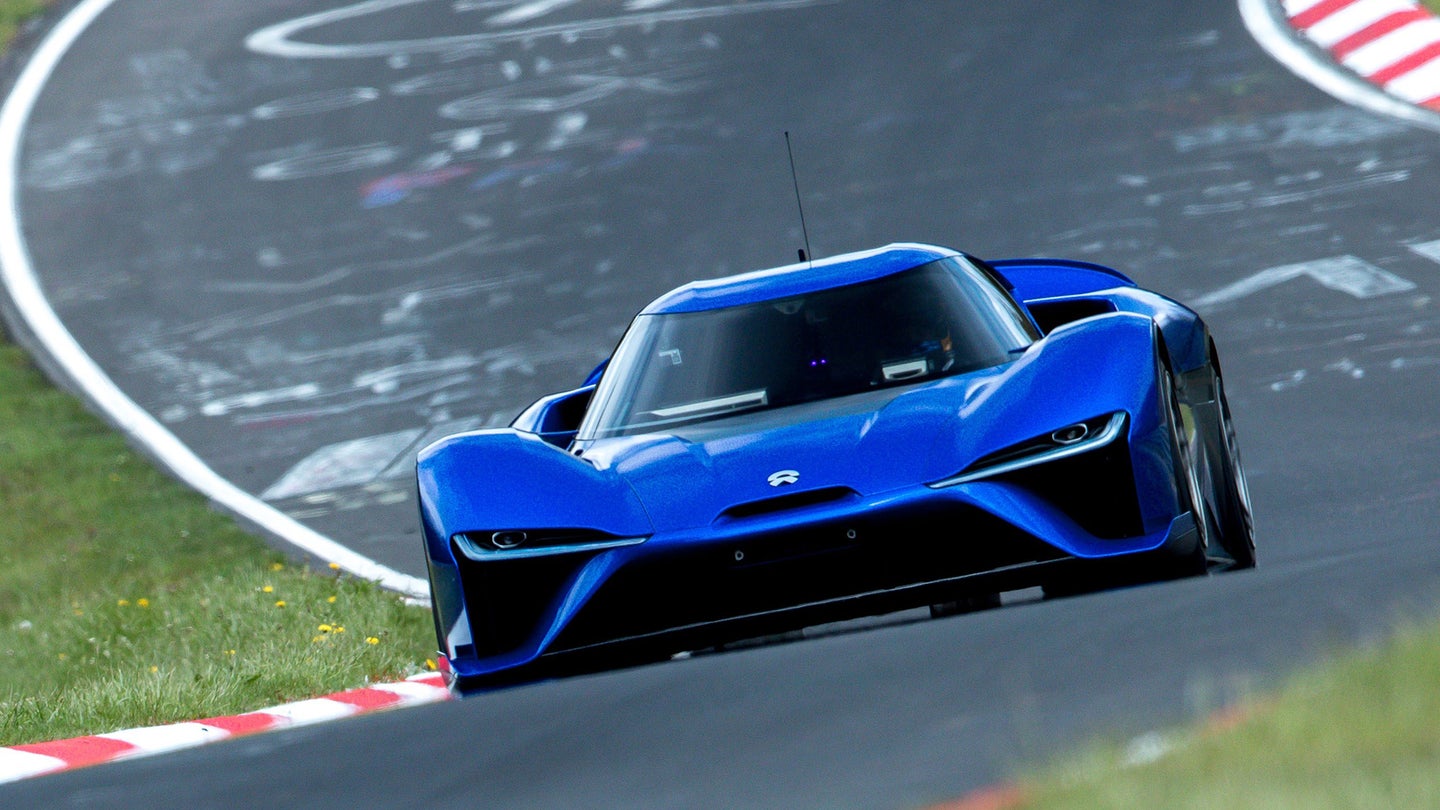 Well, that came out of nowhere. On Friday, the Nio EP9 electric supercar blasted clean through the existing production car lap record at the Nurburgring Nordschleife, according to a press release issued by the company, setting a 'Ring lap time of 6:45.9. Six minutes and 45.9 seconds.

The Nio EP9's claimed lap time—assuming it's accurate, which with 'Ring times, is always something to take with a grain of salt—makes it 6.1 seconds quicker around the Nurburgring than the Lamborghini Huracan Performante, which set a new production car record of 6:52.01 at the track. It also makes it almost 20 seconds faster than the supercar's previous 'Ring lap of 7:05.12, which was still quick enough to net it the fastest electric car lap title at the 12.9-mile German racetrack.

Assuming the EP9's record is indeed legit, that would make this 1,342-horsepower electric supercar the fastest production car to lap the 'Ring in history...assuming, of course, that the EP9 counts as a production car. Which largely comes down to the definition of production car. Considering the car is indeed street-legal and intended for consumer sale—the company has already made six, and intends to sell another 10 copies—we're inclined to say it counts.

In case you need a refresher, the Nio EP9 achieves its remarkable speed through the use of four electric motors, delivering a full megawatt of power; the company claims the supercar can also pull 2.5 g's in the turns and brake with enough force to rival the forward acceleration of a space shuttle launch. If those bold claims are indeed independently verifiable...yeah, we could see how it could whip the 'Ring in six-and-three-quarter minutes.